The non profit 2B Gallery needs your help. We are asking for financial support to fulfil Jonas Mekas solo show. The opening of the exhibition, in the presence of the artist, is scheduled for June 8, 2012 in Budapest, Hungary. Related to the one-month-long exhibition we organize a sound performance and film projections. 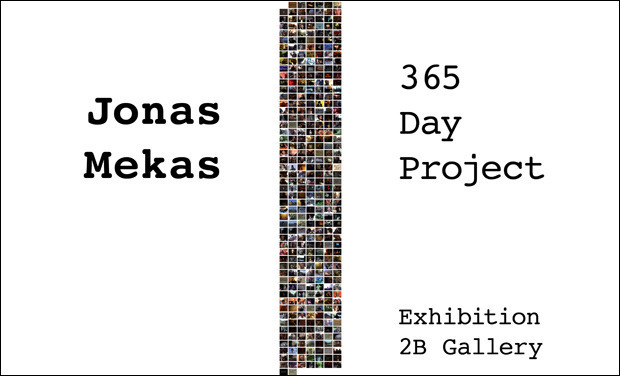 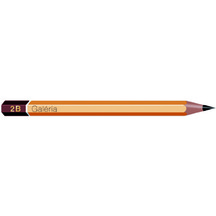 This exhibition focuses on Jonas Mekas’ 365 Day Project, a succession of films and videos in calendar form. Every day as of January 1st, 2007 and for an entire year, as indicated in the title, a large public (the artist's friends, as well as unknowns) were invited to view a diary of short films of various lengths (from one to twenty minutes) on the Internet. A movie was posted each day, adding to the previously posted pieces, resulting altogether approximately thirty-eight hours of moving images.

At 2B Gallery, the 12-screen-installation will follow the linearity of the film material. Displayed on the walls, each monitor corresponds to a moment in Mekas’ life, while the screens together, construct an overall chronicle of the life of the artist. It is the spectators’ gaze which reconstructs the logic of the artists’ memory, the logic of time (chronology), and the (his)story of Jonas Mekas.

We complete the installation with the projection of First 40 (2006) and Sleepless Nights Stories (2011) in the dark room of the gallery.

This project was initiated by Anna Kerekes, a young independent curator (born and grow up in Budapest, currently lives in Montreal). She has a particular interest in the presentation of everyday practices as ‘living art’, and the context of hypermedia, a relatively new situation for the artist.

Who is Jonas Mekas ?

Jonas Mekas was born in 1922 in the farming village of Semeniškiai, Lithuania. He currently lives and works in New York City. In 1944, he and his brother Adolfas were taken by the Nazis to a forced labor camp in Elmshorn, Germany. After the War he studied philosophy at the University of Mainz. At the end of 1949 the UN Refugee Organization brought both brothers to New York City, where they settled down in Williamsburg, Brooklyn.

Two weeks after his arrival in New York he borrowed money to buy his first Bolex camera and began to record brief moments of his life. He soon got deeply involved in the American Avant-Garde film movement. In 1954, together with his brother, he started Film Culture magazine, which soon became the most important film publication in the US. In 1958 he began his legendary Movie Journal column in the Village Voice. In 1962 he founded the Film-Makers' Cooperative, and in 1964 the Film-Makers' Cinematheque, which eventually grew into Anthology Film Archives, one of the world's largest and most important repositories of avante-garde cinema, and a screening venue.

During all this time he continued writing poetry and making films. To this date he has published more than 20 books of prose and poetry, which have been translated into over 12 languages. His Lithuanian poetry is now part of Lithuanian classic literature and his films can be found in leading museums around the world. He is largely credited for developing the diaristic forms of cinema. Mekas has also been active as an academic, teaching at the New School for Social Research, the International Center for Photography, Cooper Union, New York University, and MIT.

Since 2000, Mekas has expanded his work into the area of film installations, exhibiting at the Musée d'Art moderne de la Ville de Paris, the Moderna Museet (Stockholm), PS1 Contemporary Art Center MoMA, Documenta of Kassel, the Museum Ludwig in Coulogne, and the Venice Biennale. In 2007, the Jonas Mekas Center for the Visual Arts opened in Vilnius, Lithuania.

We count on you in the realization of a lifetime opportunity: to present Jonas Mekas’ works at 2B Gallery and to let the chance to the public to meet and spend time with the 90-year-old artist. His work has never beeen exhibited in Hungary. Given the cultural and politic context of the country, this opportunity is a way to keep alive international artistic events in Budapest. Fund collected will serve to support and cover a part of the production costs.

personalised thank you message from the 2B Gallery

guided tour of the show with the curator + previous rewards

thank you and special mention in further communication (at the events, in the catalogue) + all of above