Help us and support us in this project "À PROPOS D'ÉMILIE". We need your help! 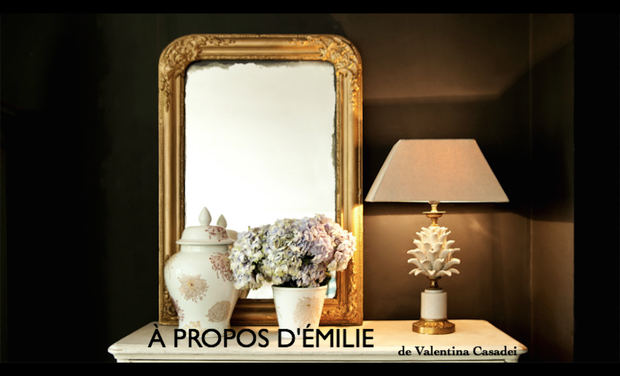 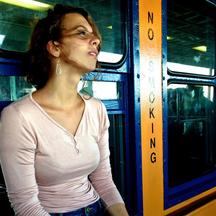 A modest housekeeper keeps being bullied by an hysterical bourgeois for no apparent reason. Forced to endure these abuses in order to avoid being sent back to Mexico, she makes a discovery that will change everything.

We are in a fancy parisian apartment. Emily, a 65-70 years old rich bourgeois, is the queen of her “castle”. She is obsessed with her blond, shiny hair. Like a golden waterfall. An uncomfortable silence always reigns supreme. She commands her housekeeper, Ana, a 50-55 years old humble Latin American, with arrogance and violence. Emily she is allowed to do so because she knows that Ana really needs to work for her and to be protected, she is in France illegally, without a residence VISA. Ana initially tries to tolerate these abuses but enduring her becomes every day more and more difficult. The housekeeper every day notices an interesting detail: a golden hairbrush. Emily is obsessed with her hair: every day Ana can hear the noise of the brush on Emily’s hair; she is brushing them in a very noisy and strong way. Each evening. In her room, all by herself. One day, after being treated very badly once again, Ana decides to steal the brush, that represents the woman and something that Ana could never afford. A kind of revenge. But the next day, thinking to being alone at home, she starts doing some houseworks and trying Emily’s clothes, identifying herself with her, she hears Emily’s sobs from inside of her room. Ana peers from the slit of Emily’s door. Emily that morning hasn’t gone out, for having her usual walk. She is in the room, crying, without hair and with her bright blond wig on her left hand. Emily turns and sees Ana. She asks her in a desperate way if she has seen her hairbrush. The story ends like this. Ana sees her for the first time, finally human.

I want to tell this story because I think it can be a mirror in which the spectator can meet himself. He/she can meet himself in Ana, realizing that there’s always a reason behind things. Empathizing with Emily, however, the spectator can enjoy the experience of the "mask". Of the subtle difference between being and appearing. I would like that the spectator could understand the duality between the spirit and the social status, the abstract essence of someone in opposition to the concreteness of his identity. I wish this story allows anyone to get closer to the most general values of an humanity multifaceted that always gives the same answers to life.

The protagonist is Ana, the character in whom we see a real evolution, caused by a new awareness. Ana is the humble housekeeper at a despotic widow’s home. She handles everything with care, always respecting the rules with discretion, but without receiving the same treatment back. Ana can’t leave the job because she is in France illegally without a residence VISA. Without that job she would be forced to return home to Mexico, where she probably would not be able to reach the end of the week. This is a round character with multidimensional aspects. At first she seems completely naive and simple. Incapable of profound thoughts and rationalizations. It's the portrait of a good housekeeper who dreams of a life that she hasn't. After discovering that Emilie is sick, Ana acquires a depth that hadn't emerged yet.

THE BRUSH // The hairbrush is a symbol of beauty (now faded). This is Emily’s highest aspiration, she hopes that time does not involve her too. The hairbrush is the heart of the story. Everything moves around that: as a scepter. First in the hands of the bourgeois, symbolizing the belief of being eternal, believing that it’s impossible to grow old and giving to the brush all the power a magic wand could have. Emily is obsessed with her hair She is used to brush them in a frantic, almost obsessed and self- destructive way. Then the brush is stolen by the housekeeper who purchases the "power". Now it’s her who feels dominant.

EMILIE // The mistress (always full of jewelry, especially pearls and golds, eccentric but elegant) is 65-70 years old. Her elegance is mixed with despair, hidden very well behind a “Grinch” mask. Emilie's gaze is a drop of cold light. It's a crystallized tear.

ANA // The housekeeper, a 50-55 years old lady, is the main protagonist. She is Latin American. She is flabby, plump , humble, with her uniform always clean and tidy.!

She doesn't speak French very well but Emily understands her. She has a distinct Spanish accent.

The story is based on 4 main narrative questions:

-  “Why Emily is so dominating and violent with Ana, to the limit of the acceptable?”

-  “Why is the hairbrush so important for Emily?”

-  “Why does Ana decide to steal the hairbrush?”

-  “Why does Ana decide to dress up in Emily’s clothes?”

The principal themes are: a) the human duality: how much people think about other people, awareness that there's always a reason behind things and that people are not what they seem; b) the disparity of the class: a humble housekeeper in a huge and luxurious house with a rich lady who dominates and who gives an image of herself of luxury, elegance and opulence. They find a point of intersection in the purest values of a compassionate humanity, transcending every rule, every social status and every imposed distance.

The genre is drama. The goal of the story is to invite the viewers to enter into themselves becoming, in the process, more aware of themselves as human beings. The empathy with these two characters does not allow for moments of humor, would ruin the reception of the message, making it more superficial, and not even moments of suspense. It's a drama, because the plot is about a disease, the difficult acceptance of the passage of time, and the powerful relationship between a housekeeper and her mistress, the submission of one under the other, and the subsequent inner release from subjugation. Renaming a mistake.

The Butler by Lee Daniels

Supported and Co-produced by EICAR (film school in Paris)

- production design's objects (50 euros for a big mirror, a sophisticated brush, a wig, a flesh-colored silicone cap, heels of the same number of the two protagonists, etc...)

- renting a car / a truck (50 euros for transporting the material for shooting from school to our location for 2 days, the first one and the last one)

The crew thanks you for having helped us!

The crew thanks you for having helped us and it will keep you informed of all the news about the project.

The crew thanks you for having helped us and it will keep you informed of all the news about the project. You will also receive photos made on set!!!!!

The crew thanks you for having helped us and it will keep you informed of all the news about the project. You'll received at home the making off of the short film!!!!

You'll appear in the credits as producers of the film. You'll receive an invitation, in september, for the presentation of the film!!!!

You'll appear in the credits as producers of the film. You'll receive at home the video with the short movie and the possibility to come, in september, for the presentation of the film!!!!