Help me to do Vilnius to Marchais-Béton (Yes! it exists) by bicycle. 40 days, 2300 kilometers, 6 countries and 8 kilos to lose. 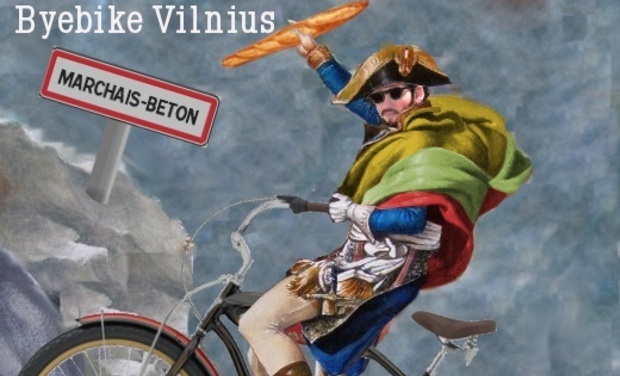 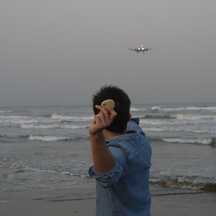 After 10 months on Erasmus in Vilnius, which means, -20 degrees in January, 2 hours of sun in February and approximately 30 liters of beer per month. I, Arnaud Francquembergue, decided to find a new challenge and to extend this Erasmus with a slow way back.

One of the nicest things about Erasmus is that it gives you the opportunity to find beds for free all over Europe. Thus, I would like to enjoy it as soon as possible, before my new friends forget my cute face.

On a more serious note, this idea to cross Europe by bicycle is an important project to me on several regards.

Firstly for the sports aspect, I want to prove to myself  that I can do it.

To be able to cycle freely around Europe makes me think of it as one big country and makes me feel like a real European citizen. Furthermore, I hope that I will be able to inspire people to think alike.

And last but not least, it makes a compelling story to tell to girls by the fireplace on cold winter nights.

You may be wonder which way I am going to take, I have made an approximate itinerary, just for you:

About the schedule, I planed to leave on June 22nd and cycle abound 500 km every week but with the different stops. I estimated to arrive during the first week of August. So my trip would last around 40 days.

The money will simply help me to buy some materials and equipment as bags, tools (around 50% of the budget). I will also need to eat (20%), but fortunately for me the price of one kilo of pasta is still cheaper than one liter of gasoline. I will also have to go to some campsites sometimes (30%), because even if I am french one shower per week is necessary.

And if your generosity is bigger than my expectations, It will allowed me to buy some materials which will help me to shoot some videos. Videos that I will put on my Youtube channel.

A huge thank you! AND one postcard with an amazing joke on it. AND your name in my heart.... forever.

A huge thank you! AND 3 postcards with 3 amazing jokes on them. AND your wonderful name on my tee-shirt.

A huge thank you! AND 6 postcards with 6 amazing jokes on them! AND your wonderful name on my tee-shirt in bigger letters! AND a mysterious and exotic gift!

A huge thank you! AND 6 postcards with 6 amazing jokes on them! AND your wonderful name on my tee-shirt in bigger letters! AND a mysterious and exotic gift! AND a special song made just for you!

A huge thank you! AND 6 postcards with 6 amazing jokes on them! AND your wonderful name on my tee-shirt in the biggest letters! AND a special song made just for you! AND a mysterious and exotic gift! AND an invitation at my place... Yes you read well, you will have the opportunity to discover Marchais-Beton and its bucolic environment.