Our fresh new team and Kino Babylon are very happy to welcome you at the new edition of FestshortBerlin. Back us and be a part of it! Action! 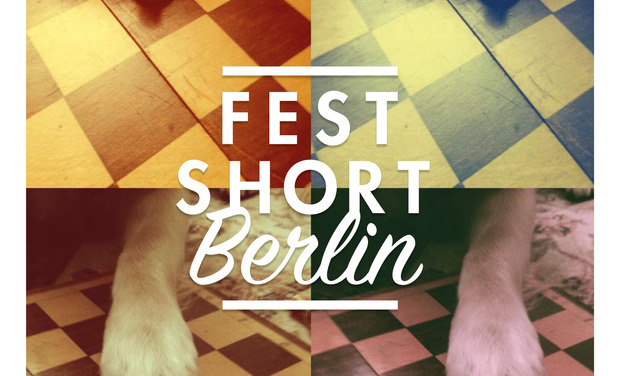 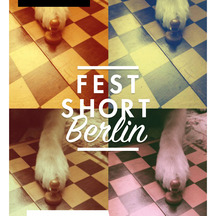 For its fifth edition, Festshortberlin is coming back to town after a year in exile!

Festshortberlin is a film festival who promote short films from all around the world.

Cinema is often seen as a dream job but the reality of it is not easy.

Since short films are the first step for a script writer, Cameraman, designer, director etc. to get into this field and follow his or her dream, we think it is important to support them...

Our aim is to help new talents to pursuit their path into the cinema world!

Since 5 years, Festshortberlin invite young filmmakers in order to highlight and promote their work.

For this new edition our goal is to present a bigger variety of high quality movies to our audience.

For this event we have choosen the mythic Cinema Kino Babylon Mitte, which offer all around the year  one of the most interesting programms one can find.

For this Edition we've watched exacly 131 short films and selected 14 for the final competition.

Of course it wasn't an easy choice but we've picked the best ones for you to see.

All the movies have been produced betwenn 2013 and 2016, their lenght is between 10 and 25 minutes and will be projected with english subtitle.

At the end of the two days screennig, our Jury - Richard Sidi (Director of House of the film France), Adrian Garcia Landa (Journalist) , Adlan Mansri (Photograph) and Roser Corella (Independant Documentary Filmmaker) will vote for the best movie.

But also you, the audience, would have your vote!

Here are the Categories:

Festshortberlin is happy to welcome three talented personalities who will offer a workshop:

Richard Sidi, Director of "maison-du-film" in France, will give a workshop about Production

Olivier Ayache-vidal, Director of the short film "Welcome in China" with the French Stand up comedian Gad Elmaleh, will lead a workshop about Creative Writing.

The Cinema Kino Babylon in Mitte (Berlin) will host the two days screening on the 23rd and 24rd of may.

The workshops and the concert will be hosted by the Jazz club "Not only Jazz" and "Spud bencer" in Friedrichshain.

We count in our team 7 members from all around the world and from different backgrounds.

We strongly believe that our differences are our strength in building this project together, based on our shared passion to cinema, the reason we organize this festival voluntary:

Roberto is the Director of FestshortBerlin. Born in Brazil, he worked in Germany and abroad a few years for UNICEF. He is passionate about cinema and languages. He speaks 5 languages and visit severals festivals in Europe, searching for the next generation of talented filmmaker.

Ines is passionate about German culture, she is doing a master in German Linguistic and work for a communication agency. Working for a film festival isn't new for her, she was blogger for the French film festival in Berlin and journalist for the french-German radio broadcast Kiez.FM.

She knows well FestshortBerlin as Inès worked for the 2014's edition. She is now managing the communication in Germany.

Living in Berlin since two years, Nastasia works for as Assistant Location-manager for short and long movies. In France she studied Circus and theater. For Festshortberlin she is taking care of the coordination between the France and German offices.

Melanie is in charge of the communication in France. She is finishing her bachelor in Art at the Sorbonne University. She is working for Festshortberlin since September 2015 and assist the team with several projects.

Hugo is a designer and joined our team in February. He has drawn our new fresh logo and during his free time, he's helping refugees association in Berlin.

After finishing her degree in psychology, Lou currently works as video maker in France.

She made the trailer for the festival and take care of the public relations with our partners.

Géraldine is our intern. She studies Business and spends her exchange year in Germany. Although she never worked before in cinema or for a festival, her help proves itself as very essential.

FOR THE YOUNG FILM MAKRERS, THEIR FILMS AND YOU, THE AUDIENCE!

Our Goal of 2000 euros will be the minimal necceseary to allow us to conduct the Festival during one week, proposing quality workshops and screnning to the public.

700euros will go to the rent of the location at Kino Babylone.

300 euros will go to the catering of the team during the Festival.

250 euros will go for the workshop locations and the bar where the concert will take place.

100 for the webmaster and website actualisation by a student because we think its important to give money for this job!

253 euros for the flight Paris to Berlin and Dublin to Berlin for the musician Elder Roche and the workshops presenter Richard Sidi, Janluk Levasseur and Olivier Ayache-vidal.

100 euros goes to the preparation of the workshop (organisation, cleaning, provide food to the participants, pens, etc...)

If we will pass our Goal, the additional money will help to support FESTSHORTBERLIN, that is organised only by volunteers, to be able to continue next year and present yet another edition, even better, of this festival!

A personal "thank you" on our program and Facebook page!

poster + Personal "thank you" on our program!

2 tickets for a screening + a poster of the festival with artists dedications + Personal "thank you" on our program!

Beauty Pass for 2 people Bella Brazil Mitte + 2 invitation of your choice for a workshop + poster of Festshortberlin + Personal "thank you" on our program!

1 invitation for production workshop + 2 tickets for the screening + a bottle of wine from our partner!

2 invitations for the workshop of your choice + diner for two people at Weinerei + + a bottle of wine from our partner!