FRONTEIRAS: Crossing Brazilian borders. How is daily life in border towns in Brazil seen as places of union and not division between people 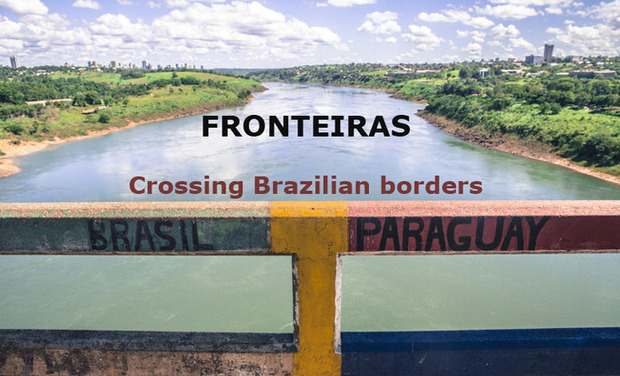 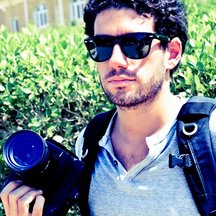 This is a personal project I started in February 2013. The project is focused on photographing the daily-life of people who live in Brazil’s border towns.

It always amazed me how big Brazil is. Living there for a while I could start to feel the huge variety of origins and therefore, cultures, religions, dialects, habits, flavours and ways of living that form this country.

It fascinated me even more to discover that all this variety could get broader if we go further to the borders, where all these rich Brazilian mixtures meet other South American mixtures giving birth to interesting blends of people made of these many different traditions, from two, sometimes three different nationalities, held together and apart by a line geographically created to separate territories.

John is from Guangzhou, China. He came to Lethem in Guyana to open a new shop. John doesn't speak any english or portugues. His employee, form Lethem, is teaching him english and portugues to be able to talk to the many Brazilian customers coming to his shop everyday

I started travelling and documenting this reality and I came across so many things worth telling. The main one is that in such places where “my” and “I” could be a reason for division and fight what I have seen so far is a beautiful atmosphere of union and peace among all differences.

People in these frontier cities live in a perfect pace of integration, respect and cooperation. They have unique stories to tell, stories of lives across two countries, divided and yet united by a river, a bridge, a road, a forest, a language, a government.

These people share much more than a simple territory line and different ID cards. They build friendships, move back and forward, commute, fall in love, start families and it would all be just the same as everywhere else, if it wasn’t for the fact that they do this everyday walking through a thin line between two nations.

Lethem, Guyana. Osvaldinho is from Santarem, Parà state in Brazil. He opened a Brazilian restaurant here in Lethem 3 years ago for the Brazilians crossing the border everyday to shop in Guyana. His son and wife lives in Bonfim, on the Brazilian side of the border

A Brazilian woman put the Brazilian football team flag outside her small shop in Lethem, Guyana

Guyanese workers playing football with their bosses (Brazilians) in front of the factory in Lethem, Guayana, border Brazil - Guyana

International Bus service between the Paraguaian and Brazilian side

I want go on photographing these stories of lifestyle and the relationships these people have with their foreign neighbours and continue to document how life actually happens in the midst of diverse and common.

I will travel to 15 different border towns between Brazil and other ten countries in South America, registering people’s daily life in their environments looking for similarities and peculiarities of each of these regions from north to south of this huge country, frontiers thousand of kilometres away of each other with another country next door. A way to go into these cultures never before documented from this point of view.

So far I have photographed five border towns between Brazil and Paraguay, Bolivia, Guyana, Colombia, Argentina and Venezuela.

The next trips will be done during the months of January, February, March and April 2014. I would like to be able to photograph at least other 10 border towns in the next months, hoping to finish the shooting phase of the project before end of April 2014. After that, I will start working on the book I will publish, which should be ready by late May 2014.

Guajarà-Mirim, Brazil. Marcela is taking her daughter Silvia back home from school. She studies in the bilingual school of Guajarà-Mirim on the Brazilian side

A day on the river stopping on the road to Cucuì, triple border between Brazil, Colombia and Venezuela

Lethem, Guyana. One of the many shops owned by Chineses where many Brazilians come to shop every day from the neighbour town of Bonfim, on the Brazilian side of the border

Osiris, called also "O Maradona" by his Brazilian friends. A mechanic from Parà state in Brazil. Separated. His sons and wife live in Manaus. He tried to work many times in different places of Brazil but he menaged to open his own business in Lethem, Guyana. He has been living in Guyana for the past 4 years

Douglas Chong. He is Surinamense of Chinese origins. He came to Lethem, Guyana to open a new clothes shop after the commerce between Brazil and Guyana increased

Guajarà-Mirim, Brazil. Policeman Sr.Mota looking at the Bolivian side of the border, in front of him

River community along the Rio Negro, Amazonia near the triple border Brazil, Colombia and Venezuela

Guayaramerin, Bolivia Tuk-tuk drivers waiting for customers coming from the Brazilian side

Part of the money I raised for this project will be used to pay the expenses - flights, hotels, transportations and food - for the remaining trips through ten border towns in Brazil, which I am hoping to be able to do between the months of January and April 2014.

The other part of the raised money will be used to publish a high quality photo book of the project. First copies should be delivered in May 2014.

I intend to launch the book in two exhibitions with selected pictures of the concluded project, one in Sao Paulo, Brazil and one somewhere in Europe.

Of course of all you will be invited for the opening nights.

I really hope you are enjoying the idea of this project as much as I am and that you will help me documenting and presenting these amazing Brazilian frontier stories.

Thank you so much for your help,

A big thank you, big hug, and all my respect :)

An autographed copy of the book

An autographed copy of the book + 2 limited series autographed mounted prints (50 x 70 cm) + your name or logo (if you are or represent a company) will appear on the book as official sponsor of the book and the project in a special separate acknowledgments section. Your name will be the first one to appear in the list.

An autographed copy of the book + 2 limited series autographed mounted prints (50 x 70 cm) + your name or logo (if you are or represent a company) will appear on the book as official sponsor of the book and the project in a special separate acknowledgments section + a private workshop on photography (dates, place and specific topic can be decided with you)