Try to remember everything that happened in the world last year, add latino beats and imagine it filmed on VHS. That's Les Anges Rouges. 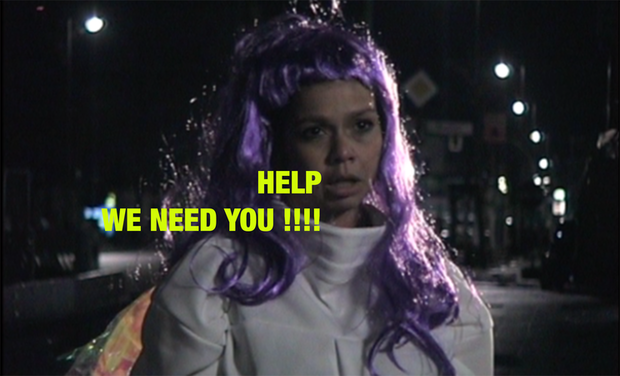 <p> Les Anges Rouges it’s a fiction short film, shoot in VHS and green screen, it has a kind of post-apocalyptic movie spirit but in a critical, political, sarcastic way. We found the heart of the movie in what is happening today or what happened yesterday - depending on the way we look at it. The bombing in Gaza the last summer, the Ebola epidemic, the restriction of porn in England... Are these things part of yesterday? They disappeared from the news, from the declarations of politicians, from the public space.</p> <p> But are they gone? They are not.</p> <p> History is not just a fact, it’s something that needs to be experienced and explored, it’s something that’s moving, changing...</p> <p> With the help of cinema it's maybe possible to rewrite History somewhere, somehow... </p> <p>  </p> <p> <strong>Felipe Monroy</strong>, the director, comes from Colombia and studied at the HEAD in Geneva. This is not his first experience directing a movie.</p> <p> His documentary Tacacho has been screened in Festivals all around the world. </p> <p> <iframe allowfullscreen="" frameborder="0" height="304" src="//cdn.embedly.com/widgets/media.html?src=http%3A%2F%2Fwww.youtube.com%2Fembed%2FE6A_KcSD-vM%3Fwmode%3Dopaque%26feature%3Doembed&amp;wmode=opaque&amp;url=http%3A%2F%2Fwww.youtube.com%2Fwatch%3Fv%3DE6A_KcSD-vM&amp;image=http%3A%2F%2Fi.ytimg.com%2Fvi%2FE6A_KcSD-vM%2Fhqdefault.jpg&amp;key=ff2702755d9749cda571c6d6c2f3eb46&amp;type=text%2Fhtml&amp;schema=youtube" width="540"></iframe></p> <p>  </p> <p> His last movie "Meanwhile in Beirut" is about to make its appearance at Film Festivals.</p> <p> Here the link to the production company website with more information about the movie: <a href="http://adokfilms.net/distribution/film/meanwhile-in-beirut" target="_blank">http://adokfilms.net/distribution/film/meanwhile-in-beirut</a></p> <p>  </p> <p>  </p> <p>  </p> <p>  </p>

THANK YOU, Our Savior, to make this project possible!

First of all a great THANK YOU!! We are going to send you a picture of the Making Of - we have a photographer that is documenting every shooting day!

once again THANK YOU!! We are going to send you a picture and one of the "Anges Rouges", the magical lights that free our characters from the everyday reality.

OH, YOU! This is a musical one: our actor Ibrahim is a rapper from Palestine. You are going to hear his beats in the movie. But before we can send one to you - to enjoy it in first preview! 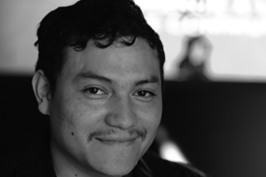 YOU ARE OUR HERO! Why don't you have a dinner with Felipe, the director and let him explain you his new documentary project "Los Fantasmas del Caribe"? 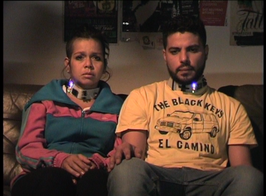 There are just 2 exemplars in the whole world, and we will send one of them to the first of our HEROES. This special collar comes with a device that is able to detect love, hate and can translate every known language.