Help us create JustTheBell and free our bedrooms from mobile phones! 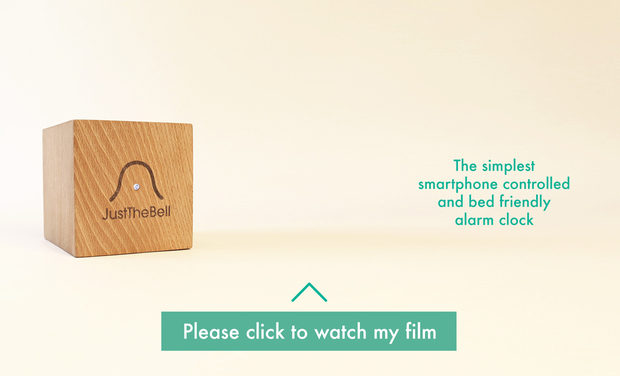 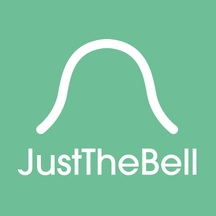 Smartphones are extremely convenient, yet... With multiple alarms, multiple wake-up sounds and always on time. But we all know what happens once they enter the bedroom! It's not only about waves and screens disrupting your sleep. It's also about how checking mails -and social networks and so on- affects our global wellbeing. When the last thing you touch before saying good night, or after opening your eyes, is a smartphone, you know you've gone a bit too far in the 'digitalisation' of your life :)

Regular alarm clocks are fine, though...

Truth is, after getting used to our smartphone's alarms, it's really hard to go back to the old-school alarm clock and do not benefit from all the features a smartphone offers. Indeed, our personal experience shows that, even when buying an alarm clock, after a few weeks we ended up using our smartphones again.

So this is the reason why we decided to create JustTheBell:

We wanted to keep benefitting from the convenience of our smartphones’ alarm clocks, but getting rid of all its counter-effects in our sleep. Voila!

Using our App you can configure your JustTheBell so that, whenever you shake it in the middle of the night:

• It visually shows you how many hours

you have left to sleep in.

• Or it visually shows you what time it is

(with hours and quarters)

• Or a quiet voice directly tells you what time it is

(probably the same voice of our film)

Yes, we need your help, advice and feedback in order to finalise this concept-product. We just love it, and want to be sure you love it as much as we do!

• Which kind of sounds would you like us to include?

• Want to suggest any voices for the night clock feature?

• Does the shake-me-kindly technology appeal to you?

• Beech wood should be natural, colored...?

We have launched this campaign to listen to all your doubts, questions and ideas. This is why we are here. And we are looking forward to take them into account when finalising our JustTheBell. Just leave a comment –or write to us to hello [at] JustTheBell [dot] com – and our team will answer back with a thanks and a smile.

• Design and prototyping of the electric boards for industrialisation

• Finalising product design of the wood: crafting and inner structure

• Sound design for first set of wake up sounds.

• Testing of the 1st prototypes with all hardware & software integrated

• Testing of the interaction app & JustTheBell on iOS

• Improvements in the final designs according to testings

• Launch the 1st production with our partners

• Delivering the first units of JustTheBell to all our awesome backers around the world. Yeah!

It all started in Paris, in the agency. One of us was searching for a nice alarm clock, in order to convince his girlfriend to leave her smartphone out of the bedroom. Because, well, that was the ultimate excuse to keep bringing it inside the bed: 'But darling, I wake up with the alarm!'.

After some research, none of us was able to find something as simple, portable and convenient as the smartphone's alarm clock App itself. So we kept on using it. End of the story.

Then someone said: 'What if we kept inside the bedroom the only thing we really need to be there? The bell. Just the bell'. That sounded like a powerful idea: We would still be using our smartphones alarm clock system, but securing our bedrooms from waves, emails, SMS-es, and so on. And at that particular moment, JustTheBell was born. No need to say we decided to make it happen.

Then the smily guys from KissKissBankBank came in, we explained to them our idea, they smiled a lot, and then invited us to showcase it in the awesome Future En Seine event, in Paris. That was a wonderful opportunity to test our concept product. So we bot some Arduinos, called some wood artisans, and started prototyping JustTheBells. A lot of JustTheBells. A lot of cubes. A lot of Arduinos.

After some months of heavy work –and some long nights, too– the 1st prototypes were ready. And we presented them in Future En Seine. Reactions were extremely positive. We were quite impressed to see how many people shared with us the same concerns about smartphones, screens and bedrooms. And everyone fell in love with this tiny wooden cube with no buttons at all.

Too cute to be left there. And that's why we are here. We have decided to take the hard road and beta-test our idea with the world. When we say the world, we mean... You! If you wish to have one JustTheBell in your bedroom as soon as possible, and free your bed from mobile phones, it's time to move forward, say 'Yes!', and be part of our story.

And we can't wait to make it happen, indeed.

You help us make JustTheBell happen and we give back a HUGE merci + Your awesome name (yes, we're sure your name is awesome) in our founders wall in our website. All, from Paris with love.

You help us make JustTheBell happen and we give back all the above + send you the JustTheBell song of our film. Just for you.

Get your JustTheBell LTD Edition in PARIS (yes, you pick it up in PARIS) + the iOS and Android APP, all with: • HAND-CRAFTED solid beech wood, • MULTIPLE alarms & wake-up sounds, • Visual –or voice– NIGHT CLOCK, • SEMI-CONNECTED Bluetooth port, • Personalised SNOOZING time, • Mini USB rechargeable BATTERY, • And designed and MADE IN FRANCE. Voila!

Get 4 JustTheBell s LTD Edition, and 1 of the creators will come to your place to deliver it –and sing you a song– anywhere in the US or the EU. All with: • HAND-CRAFTED solid beech wood, • MULTIPLE alarms & wake-up sounds, • Visual –or voice– NIGHT CLOCK, • SEMI-CONNECTED Bluetooth port, • Personalised SNOOZING time, • Mini USB rechargeable BATTERY, • And designed and MADE IN FRANCE. Voila!

Dedicated to the 10 trend setters that will take the lead in this amazing adventure: get your JustTheBell LTD Edition, with WORLDWIDE SHIPPING included, at an amazing, not-to-be-seen-again price.