KAGE (K-Flow and Gipsy in Exile) The Album

K.A.G.E its a music album of two brothers deported from Germany to Kosovo. Help us to fundraise, and spread the truth of Roma reality. 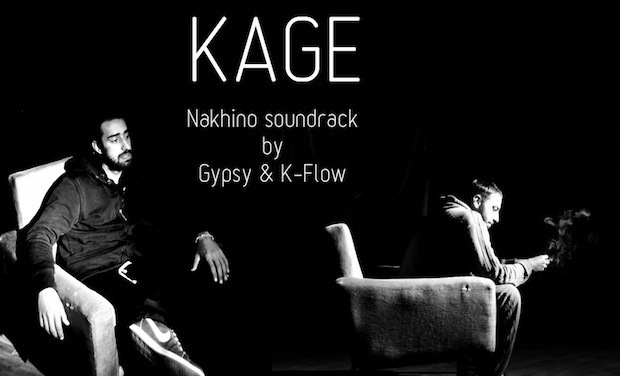 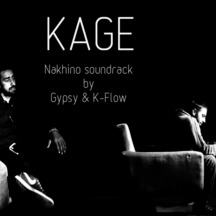 KAGE (K-Flow and Gipsy in Exile) The Album

We are two Roma brothers Kefaet aka K-Flow and Selami aka Gypsy from Germany. Kefaet is born in Kosovo and left Kosovo when he was four years old with his parents and older brother, and Selami is born in Germany in Essen. In May 2010 because of political agreements between Kosovo and Germany, we got deported to Kosovo, a country we never have never been to in which our parents grew up…  We are one of the 2000 who are deported to Kosovo and about 10 000 awaiting their deportation in Germany.

The day we crossed the Kosovo land for the first time, we meet Sami Mustafa, a film director, and he immediately started to make a documentary about us.  By the end of this year 2014 (after 4 long years following us) the film will come out.

It is time that we make use our best tools we have - write and compose a hip-hop songs about our experience.

We are musicians; we write and compose hip-hop songs and mostly songs about-facing this racistic issue of deportation, mistreatment and we want to show it by recording album “Kage”.  This music will be also be used as a soundtrack for Nakhino feature documentary film produced by Romawood.

Living in Kosovo for the last four years, we feel no less than living in a Cage. We cannot visit/see our parents, our older brother and Kefaets two children are still living in Germany – for us this represents the cage we live in “K.A.G.E”.

No human is less than a another. The album inspired by our own ethnical background and history provoked by the system which is pushing to divide people which goes against the believes of the Roma being.

Whats the Songs About?

The product reflects tolerance; solidarity, unity, social integration and inter-cultural education influenced by the journey the artists forced to experience of unexpected situation (struggling to survive in Kosovo). And represents a verbal protest against violation of our basic human rights – a right to live where we belong… we face situations all over Balkan by trying to survive and facing several mental, social, emotional and economical problems within the society and government across Serbia, Montenegro, Croatia and Kosovo.

Which tells a Roma/gipsy story in an original way, the situations that are used in the lyrics are stories that were being witnessed by the brothers, such as mistreating or abusing human rights and even worse ignored human rights in and around the East and Eastern-Europe.

Alles Verbant was produce as a protest video shown in the Germany against the Roma deportation in December 2012.

Selami and Kefaet performing during the Roma festival at the capital of Kosovo, 2012ccSami

You can find some videos/articles about us if you google it as well or simply fallow the Nakhino Movie on our Facebook page.

For more information about the Nakhino movie and us, please check here: http://nakhinomovie.wordpress.com

We need your support to record and produce this CD Album of 5-7 songs or even more.

We want to record it in August/September and produce it in end September. Many songs are already written, and composed but we will need some time in studio to record, which is not for free.

The funds will be used for:

Printed CD will arrive to you.

Special Thanks credits on the back of the CD's + the download links to songs.

Special Thanks credits on the back of the CD's + 2 CD's and an invitation to our concert/s in Pristina (travel exposes and accommodation not included). Signature of us dedicated to you or to someone you would like to.

Special thanks on the back of the CD+5xCD's for xmass present to your friends and family. Invitation for 2 people (travel exposes and accommodation not included).

Special Thanks on the back of the Cover + 5xCD signed by the artist + signature of us dedicated to you or to someone you would like to.

Special thanks in all promotional material, we will sing your name in one of our songs in the good light purpose of course + 5xCD's + your name on the back of the cover + signature of us dedicated to you or to someone you would like to.

Private/Public concert at your city/village/ with additional travel expenses for us two. Special thanks on our promotional material + we will sing your name in one of our songs in the good light purpose of course + 5xCD's + your name on the back of the cover + signature of us dedicated to you or to someone you would like to.