A "behind the scenes" film on Vietnam's first gay sitcom which has become a YouTube sensation, racking up millions of views. 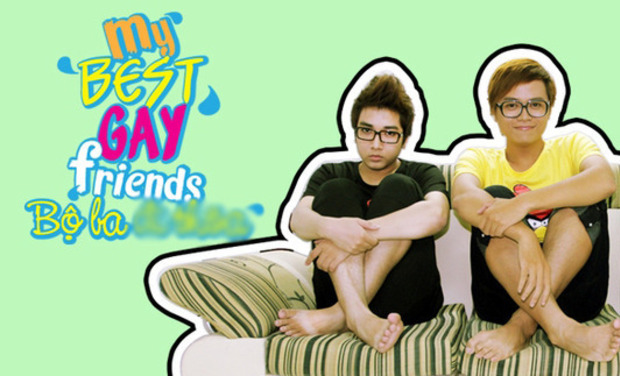 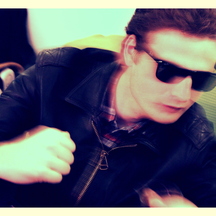 My idea is to make a "behind the scenes" documentary and webdocumentary on the making-of of this vietnamese sitcom which has become a real phenomenon in Vietnam.

From moving out of home to work and relationship trouble, the series details life as a typical perpetually-broke twenty-something in the communist country - but the characters are mostly lesbian, gay, bisexual or transgender.

The film will reflect their thoughts, hopes for a better future and describe their daily life in a a country where, if homosexuality is not illegal, it has long been a taboo and where Confucian social mores- with their emphasis on tradition and family - still dominate.

"I thought it would only interest Vietnam's gay community - but we're hearing that parents, grandparents, whole families watch and love the shows and long for new episodes," Huynh Nguyen Dang Khoa, who also stars in the series said.

"We didn't have much money so everyone chipped in - we had a little cash to cover equipment, and buying food for when we were shooting all day," said Khoa, who used his own digital SLR camera to shoot the whole series. "I wanted to show people that homosexuals have ordinary lives, full of emotion, friends, family - very normal lives," he explained.

The first episode of the low-budget series recently passed the one million views mark and the further eight completed episodes, out of a planned 15, are swiftly accruing hits.

"I feel a lot of sympathy, and admiration, towards the friendship and love they show for each other. I think they live a more beautiful life than ordinary people," read one typical comment from a viewer, posted on YouTube.

Despite the online popularity of My Best Gay Friends Khoa said there were no plans to broadcast the series on television as it was "rather sensitive" and did not appeal to networks or their advertisers.

Nevertheless, he still hopes the sitcom will contribute to change people's mind.

And things may change quicker than expected... In August 2012, the country’s first gay pride parade took place in Hanoi. And even if polls showed that majority public opinion remained opposed to the idea, the vienamese government said in a surprise move last year that it was considering legalising same-sex marriage -- a proposal that recently won the support of the Ministry of Health.

"People of the same sex have the right to live... love, find happiness (and) get married," said Deputy Minister of Health Nguyen Viet Tien.

The move would make Vietnam the second country in the Asia Pacific region to legalise such unions after New Zealand. Some symbolic but non-legally binding same-sex weddings have already been held in Vietnam, with footage of one such event going viral in 2010.

More recently, a young photographer, Nguyen Thanh Hai (Maika Elan), was awarded by World Press for her Pink Choice project, focusing on the personal lives of gay couples in Vietnam.

Sociologist Le Quang Binh told AFP that social attitudes towards the lesbian, gay, bisexual, and transgender (LGBT) community were changing rapidly in Vietnam at the moment but it was hard to know how much "My Best Gay Friends" had helped. "We are lobbying the government on (same-sex weddings). I hope good change will come," said Binh, who has worked on numerous research projects on Vietnam's LGBT community.

Even if Vietnam stops short of allowing gay marriage, any legal change to recognise same-sex unions would catapult the country to the forefront of gay rights in Asia.

- Other characters of the sitcom, included Cindy Thai Tai, a well-known transgender singer who was one of the first Vietnamese celebrities to have sex-change surgery:

After receiving her bachelor’s degree in sociology at the University of Social Sciences and Humanities, Maika started to use the camera to take pictures of her daily and private life in 2006. She turned to professional photography soon after, starting collaborations for editorial clients and fashion firms in Vietnam. In 2010, Maika moved to documentary photography and her first project, The Pink Choice.

The money will allow to pay :

- A flight single-return HCMC-Paris to present the project to producers: 1000€