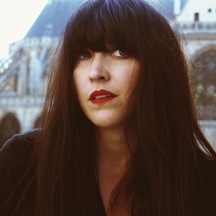 My name is Flip Grater.

I'm a Kiwi indie-folk singer-songwriter. I live in Paris, despite the fact that Paris has no indie-folk scene to speak of... and I don't speak French really at all... and also Paris is like, the 8th most expensive city in the world so just eating and paying rent has bankrupted me... let alone recording an album here!

But she sure is a beautiful city.

And I have been lucky enough to meet some amazing musicians here who have generously supported me  and helped me to record a new album at the incredible Studio Pigalle.

I'm hoping to release this new album later in 2013 but first I need to find the funds to finish it! So here I am... asking for your help. Please help. This campaign is specifically fundraising to mix 12 new tracks. Your support means the world to me and this project won't go ahead without you. I'm dying to get this new album out and share it with you.

So if you have a spare 2 Euros, 10 Euros or 100 Euros, or just a spare moment to tell your friends about me, it all helps. It's free to spread the word too - share, like, tweet and all that. :) I'll love you forever.

Some facts about my new album:

- We recorded 12 tracks at Studio Pigalle in September 2012.

- Now, we just need to mix and master the album.

- The album was co-produced by myself and Maxime Delpierre from Limousine.

- It features a bunch of amazing French musicians as my band, including Babx.

- The album has a duet, featuring Nicolas Ker from Poni Hoax.

- We shot a 'making of' doco which will be released as short online pieces and in full form as part of a special release package for supporters.

- I have appiled for, and been turned down for, 5 rounds of NZ govt arts funding for this project.

- There is no label money or industry investment. The album is self-funded, crowd-funded and totally independant.

- You can hear 1 track from the new album (The Quit) at NZ music site www.theaudience.co.nz.

- Stylistically the album is rockier than my last record but still has the moody, slow stuff also.

This album is 100% self-funded, crowd-funded and independant.

Recording at Studio Pigalle with a substantial discount cost me just over 14,000 Euros. 7000 US dollars was raised in an IndieGoGo campaign last year (THANK YOU!), the rest is being paid off by myself in chunks whenever I can.

Donations from this campaign will go directly towards the mixing of 12 new tracks at Studio Pigalle in Paris. The cost of mixing each song is 300 Euros - total for the album will be 3,600 Euros. The goal of this campaign is to raise 1,500 Euros towards that cost. When the mixing is done, I will then get the album mastered in New Zealand with the aim of releasing the album in September 2013.

*Anything raised over and above 3,600 Euros will go directly towards outstanding recording costs, mastering costs, artwork and manufacture. Or one of the many other unviable, un-recoupable, crazy costs of being an independant artist in the year 2013 (promo photos, website development, whiskey etc...)

Thank you so much for your support. You are awesome.

Here's a sneak peek at an unmixed tune from the new album..

Kiss Kiss Bank Bank special. Digital copy of the finished album PLUS a voucher for kiss on the cheek from me the next time I play in your town.

Signed physical copy of the new album sent directly to you in your actual mailbox. Like, in real life.

Signed copy of the limited edition special version of my new album - complete with a copy of the 'making of' doco, a special edition artwork including photos, recipes and lyrics as well as a free digital download of the album.

Signed copy of the limited edition special version of my new album - complete with a copy of the 'making of' doco, a special edition artwork including photos, recipes and lyrics as well as a free digital download of the album. PLUS A LIMITED EDITION VINYL COPY OF THE ALBUM. What>! ! Yip.

All the 60 Euro stuff PLUS I'll personally thank you from the stage at every album release show I play around the world AND inside the album artwork.

I'll write a song especially for you, record it and send you a signed copy along with your album.

I will play in your apartment or establishment (Paris, Berlin, Auckland and Chch only).

My eternal gratitude. Plus everything above