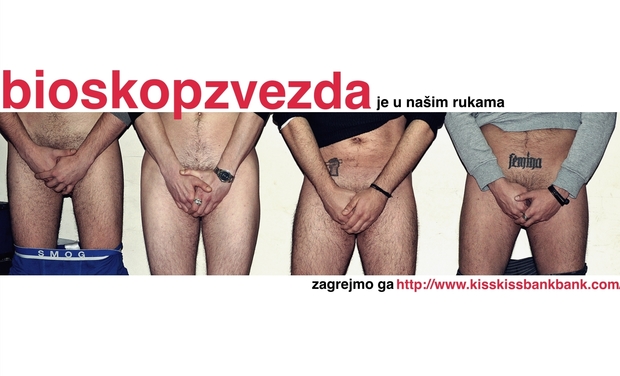 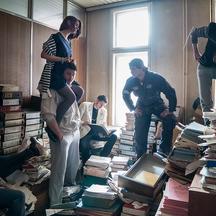 The building is in need of completely new electrical installations and new water supply pipes. The roof needs repairing and the heating system needs to be enabled. This is essential in order to resume the original function of Zvezda Cinema. We are looking forward to open a new chapter in the artistic expression of young Serbia. We would like to expand the potential of cinemas as a mediator between creation and audience, by developing them into authentic cultural centers that provide essential cultural information and a profound experience for the ever-inspired individuals.

Up until 2004, Belgrade had 19 active cinemas with an annual visit of 4.200.00 people. The company "Beograd Film" and its network of 14 cinemas in the city had a 78% of the overall visits. In 2007 "Beograd Film" was privatized under suspicious circumstances for the mere sum of 9.2 million EUR. Previous to that, its market value was estimated to 60 million EUR. Despite being bound by law to maintain the cinema's main activity for the next two years, the new owner sold five of the cinema venues to a supermarket chain for 19.7 million EUR the next year.

By doing this, the government, the privatization agency and the new owner had damaged the cultural infrastructure of Serbia. Irreparable damage has been done to Serbian filmmaking through the process of privatization of “Beograd Film”. This also carries harmful consequences for the economy and culture of the city and the country. For the first time ever in its 80-year-long tradition, the survival of Serbian cinema was endangered. Without culture, the identity of a country ceases to exist.

On the 21st of November, a group of students, film and cultural workers, occupied the Zvezda Cinema. The occupation has been active for a month and a half so far. The event has been reported by the majority of local media, as well as world media, and has been embraced by the public opinion.

The funding collected from the campaign will be invested in the essential construction work that needs to be done so that the New Zvezda Cinema can function without major obstacles. Several rooftop elements still need to be replaced in order to stop all water leaks. The heating and air vent systems need to be cleaned and revitalized. New electrical installations are required, among with major plumbing work regarding the water-supply system. Those are our priorities.

If we are able to collect funds that enable us to successfully do all the reparations the building needs, we will invest the remaining money in fixing doors and windows, and/or buying new equipment for the cinema.

The vital act of the occupation of Zvezda Cinema has started a humble revolution of independent cinema in Serbia. The lack of cinemas that aren't purely profit driven caused a lack of diversity in Belgrade's cultural and film environment. The audience was seriously deprived by this absence of meaningful content. They may not be aware of what caused this, but they are starving for fresh, new and different cinematic and cultural perspectives.

As the saying goes - "Where there's a will, there's a way". We are looking forward to create a cultural center inside of the Zvezda Cinema, a center for the already ripe intellectuals and the upcoming youth that have so much to give. We do not want to blame anyone or anything, or stay forever without taking matters into our own hands and doing the best we can. We want to shine a light on the current situation. November 21st marks the beginning of a very bright future and the New Zvezda Cinema has a shimmery, wonderful artistic one!

We hope to bring the building to its full function and more. Slowly but steadily, we want to create a base that will support the bright future of the art of cinema in Serbia and this part of Europe.

Please, support this project.  You can be a part of a positive approach to culture.

Zvezda Cinema will be renovated without the guarantee of it working as a cinema, as there's a parallel legal battle going on - however, it will most likely last for years. The desired outcome is for Zvezda to become a publicly owned center. We want to save cinema and this particular cinema from ruin.

SCREAM A virtual postcard of New Zvezda Cinema sent to you by email • One of occupants will scream your name 3 times from cinema balcony.

ABOUT SCHMIT An old ticket from one of Beograd Film's cinemas Five random frames of 35mm film Your name on the wall of donors in the hall of fame in New Zvezda Cinema.

LAST PICTURE SHOW A free screening of your film in New Zvezda Cinema (if available) A surprise Blu-ray and a poster of a film by a young Serbian author A personalized video message and your name in specially designed star in the hall of fame in New Zvezda Cinema. T-Shirt with the logo of the movement. Speical skype kiss from a shooting star of Serbian cinema.

EASY RIDER A private chat with the Occupation members A guided tour to the locations of the 14 old cinemas of "Beograd Film" (travel expenses not covered) A plaque with your name on a cinema's seat and honorary lifetime membership of New Zvezda Cinema (free entrance).

A memorial plaque with your name in the entry of the cinema • A DVD box-set of Serbian newsreels and archive footage from the 1920s and 1930s • ALL OF THE ABOVE Private Skype striptease dance by Serbian movie star.

KING OF COMEDY One month full ownership of the occupant by your choice. A specially designed memorial plaque with your name in the entry of the cinema.You can chose from picture.