The day of glory and grief

Help us tell the story of a nation, hidden behind smiles or tears. Follow us on this photo-report from the Red Square and its Paris exhibit. 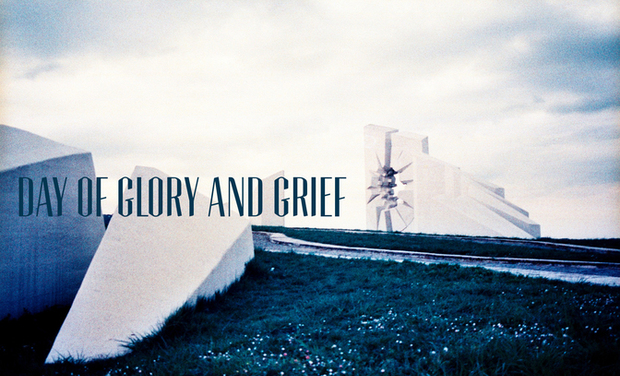 The day of glory and grief

We study the impact of history in today’s society.  WW2 is the most devastating conflict in modern history. It is far from us and yet not so much, for our grandparents remember it and tell us about its  atrocities. Some of them fought the war and some of them lived through it even though they were still young. Younger  generations oncly experience it from echoes of how our world  was wounded and how their ancesters heroically  fought.  Today we celebrate the 9th of May* as the day when humanity got a second chance of freedom from the fascist and we thank those who made it  possible, as well as those who fell to make it possible. This is the reason why we are so attached to this very event of history.  Because throughout a war memory we can see humanity. We want to capture tears, pride, glory, sadness, love and so many other feelings in those who commemorate this day. We want to capture instants,  gestures, which bear witness that memory is what keeps us together, what helps us move forward, what makes us the people we are today.

USSR was the country that lost around 27 million soldiers and civilians in this war. Mothers lost their son and daughters, wives lost their husbands. The 9 May in modern Russia    bears a great significance, as the victory in the Great Patriotic War is one of the founding myths of the post-war Soviet Union. But to what extent does the modern Russian, and in this particular case moscovite, society follow the official rhetoric? What are the inside stories? How  do they spend this very particular day? This photo report will try to answer to all these questions, with an exhibit in Paris as its result, along with the  production of a catalogue.

Using the tools of another time to capture the elements of the past in the present. A point of view, new, by its approach instead of its technique. We are using an old but preserved stock of films - catching up with the past, looking for its traces within the present, capturing the moments of our time which  are inevitably anchored to the past, yet streaming into the future - this very specific relationship of every individual in a society to its history is what  defines us as a whole and this has very often been subject to manipulation by various political constructs. We will document the trip by instant pictures, analog and digital photography, video footage and drawings to share with you moments from this  to-be-amazing artistic and human journey.

Both of us are connected with architecture and photography and we have been interested in the study of collective memory. The project which led to ths one was the study of Ex-Yougoslavian monuments to commemorate the Second World war. It started with a trip to Bosnia and Serbia to photograph  the monuments or ruins of the monuments of today. We discovered their stunning architectural and sculptural value as modernist “chef d’oeuvres”. Aswell as  their interesting geographic placement in battlefields that today are vast fields, forests or villages. Some of them were embraced by nature, some of them  were well kept and some of them were just ruins, but each one of them expressed surffering and pride in the finest sculptural and artistic way we would have ever imagined.  Unlike the ex-Yugoslavia monuments study, which encompasses a vast territory and a very wide stretch of time (1945-1991), the point is to perceive the  relationship of the society and its political construct towards its own history through a one day commemoration and celebration of the 70th anniversary of the Victory over fascism.

This ambitious project requires your help; as a result wе would be able to:

-organize an exhibition in Paris

-print and bind the catalogues

-produce the silver prints that are being shown.

We need your contribution to make this trip and study happen, and to wipe off old stereotypes about today's Russia, with the help pf photographs.

You will receive a warm thank you mail for making our project possible.

Your name appears in the thanks section of the exhibit catalogue.

You get a free download code for a selection of 20 pictures plus all the above.

You get an invitation to the opening of the exhibit plus all the above.

You recieve the catalogue of the exhibit plus all the above.

You get 3 signed silver prints, plus all the above.

You get a large framed silver print of your choice and all the above.

You get a t-shirt with a personal thank you drawing on it, plus all the above.