"Wayfarer" A Portrait Book on immigrants

Please help me to fund the printing of my first longterm portrait project as a book !!!!! 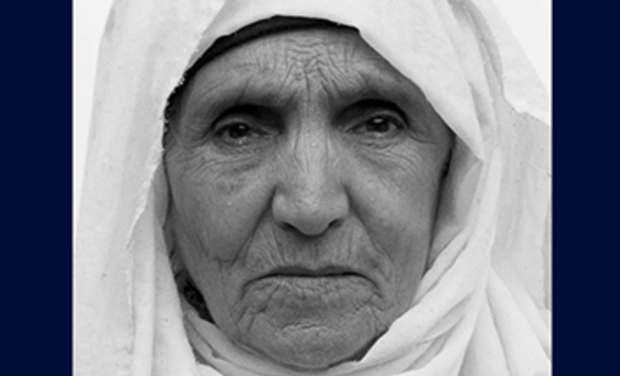 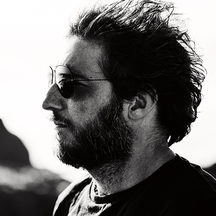 "Wayfarer" A Portrait Book on immigrants

My name is Wendelin Spiess

I am a german photographer living with my french wife and 2 children  in France. I am working since some years, mainly as editorial photographer

I started my first longterm project 2016 which you find here :

the project and me

When the refugee crisis reached its peak, especially in my native Germany, the media reported on it extensively and from different perspectives.

Reactions to these newcomers were characterized by compassion or hate, and everything in between.I was concerned and to simply read the newspapers was quickly no longer enough for me.

I had to have a clearer idea of these people and to meet them myself.But, it was out of the question for me to just go and photograph them without asking for permission - in my eyes, that is not an encounter. The stolen moment, the stolen picture does not appeal to me.

I wanted to meet them, on a neutral level, not in tiny rooms or containers with plastic bags full of clothes on their way to do the laundry - there were plenty of pictures like this already out there and they did not seem neutral .

I did not want to portray "refugees" but people.In a direct, authentic, equal way. And voluntarily.So I started to look for access and a way to portray refugees with their consent.

I told a friend about my project. A stroke of luck, as she is very actively involved in helping refugees with her husband and friends in Hamburg. They organize events such as football tournaments and barbecues, and help with the bureaucracy of a new country.

She welcomed my project and invited me to come to Hamburg to attend one of these events and, if the occasion should arise, to photograph the first portraits.

I had found what was in my eyes the appropriate access. As a result, I became with my simple studio part of these events between spring 2016 and autumn 2017.

During this time I was able to meet and portray more than 200 people. The book is an edit of those. It would be great if you would help me making it.

the book will contain 58 unretouched portraits of the more 200 I have photographed  ( unretouched meaning I have done nothing else then classic lab work contrast, brightness etc )

They are all black and white photographs, which I chose as I wanted to be as neutral in the portraying as possible, hence also the choice of a white background

I decided to give every portrayed person the space of a double page so him or her or they could stand on their own, as the individuals they are and as which they should be seen. The graphic design was done by Minsk Studio in Paris. Here a few examples of the lay out :

the book will be printed in an edition of 300 copies

everything is nearly ready, we are finalising these days text ( a statement by me about the work ) and photographs and will be ready to print, if nothing unforeseen happens ( there have been a bunch of unforeseen things already haha )

So I hope we can

hopefully with your help

at the end of the campagne

the 4000€ will pay for the printing of the book. everything else will be done and dusted. The estimate by the print shop is at the moment at 5670€

So please be so kind to support this project !!!!!

The money which will exceed the requested 4000€ will be to 50% donated to Médecins sans frontier. The rest will refinance my personal investment which is by now at around 3500€  and make the next project possible.

You get the book delivered to your home in France !!!! Great choice thank you very much !!

Thank you so much !!

I am very happy that you support the book !

For 15€ and more you get a postcard print send to your home !

Nice move, thank you very much.

For 20€ I will send you two postcard prints to your home !

You will be send the book to your home in Europe !! Thank you so so much !

The book and a 18 x 24 print on Canson Premium Infinity Satiné 310g sent to your home in France !

You get the book plus a 18 x 24 print on on Canson Premium Infinity Satiné 310g delivered to your home in Europe.

The book ! + a signed limited edition ( 25 ) 18x24 print sent to your home in France printed on a Piezo ProCharbon Printer Paper : Bamboo Hahnemuehle 290g Thank you very much !!

The book signed ! The print ( numbered and signed, edition of 25 ) you can choose ou of 5 different portraits and will be done on a PiezoCharbon Pro Printer on Bamboo Hahnemuehle 290g Thank you !!!!

The book signed and dedicated to you or a person of your choice ! The print ( numbered and signed, edition of 25 ), you can choose ou of 5 different portraits and will be done on a PiezoCharbon Pro Printer on Bamboo Hahnemeule 290g Thank you !!!!

The book signed and dedicated to you or a person of your choice ! The print ( numbered and signed, edition of 25 ) you can choose out of 5 different portraits and will be done on a PiezoCharbon Pro Printer on Bamboo Hahnemuehle 290g Thank you !!!!

So if you really want to go all in : A Coffee Table object : 25 Artprints 30by40 (photographs 24x36) bound as a book with an embossed title , cover in black linen, signed and dedicated, delivered to your home. This is expensive, but it will be individual manufactured, printed in top quality and delivered to your home