Support my album, union of jazz and bossa music with French song : dreamy as wandering in the streets of a city, one summer day...

Together, let's complete this challenge of 60 days !

Les Lueurs de Lily is the name of my singer-songwriter project, with my jazz musicians quartet.

I invite you to support our album, born from the union of my influences in jazz and bossa nova music, with French song. Twelve songs, all original compositions, with guests as Claude Lemesle, writer for the famous French singer Joe Dassin.

For the past year, we have been playing our songs in Paris, in famous jazz and French song halls like the  Sunset Sunside or the Forum Léo Ferré.

Now we are ready to get in studio and record them.

All we need is your help to get to the production stage !

This album is the result of an intense year of work, creation and concerts.

It's a story about wandering in the streets of a city, on a summer day, through twelve jazz and bossa songs in French.

Each song is like a tale, inviting you to stop and look at small moments of grace, lost in the mayhem :  Les Toits de Paris (Rooftops of Paris) looking dow on men from their higher spot ; Orange the city, named after a color ; the dreaming of the street sweeper in Time Square…

French also gets its declaration of love with Me Voici (Here I Am), composed after a poem from Victor Hugo, and Tu, toi, nous, celebrating that delicious moment when one hesitates before changing from the "vous" to the "tu" when addressing the person they love.

I'm 24 years-old, and I lead my singer-songwriter project in Paris, with a first French song album "Bulle" I released in 2014.

I studied with the american jazz singer Sara Lazarus and am part of the writer's atelier of the French author Claude Lemesle. I marry both worlds in my songs : French lyrics on jazz and bossa nova music.

« Lily has what I call grace. She composes real melodies, which is rare, and her lyrics are sensitive, subtle, at times impertinent, always well written. She's a princess of charm in the sometimes staggering castle of French song. Lend her your ear for one moment, and she'll give you news from your heart for a long time. »

They are the ones who give each song its colors and make them stir during concerts !

On the occasion of the album, several guests join us : the author Claude Lemesle, trumpettist Robin Mansanti... and a few surprises ;)

Finally, the project receives the precious support from photographers, directors and graphic designers : Nicolas Fortin, Jérémie Normand and Solène Pichereau… and most important, support from the public !

Our goal is to raise 4 000 € before the 1st of May so we can record and release the album.

Thanks to you, who support the project in taking part in the campaign and spreading the word among your friends, the album can happen !

Numerous participant offers are available, from 5€, depending on the amount you can bring : digital album, signed album, photos, concerts clips, quotes in the thanking part ; you can even come and watch a morning of recording in the studio or order a private concert !

You can also discover the album live and talk with us at one of our next concerts :

September : Concert for the album release

Together we can make this album happen. Thanks for taking this challenge with us !

You can find news, videos and photos on our website and on our page facebook.com/leslueursdelily

Here are the details of the uses for the fundraising I'll personnally receive :

Thanks to the KissKissBankBank fund-raising, we can cover all production and manufacturing expenses for the album !

If we go beyond our first goal :

With the 1800€ more*, we can give more power to the project in organizing a great communication campaign around its release thanks to a press agent (800€) and a launch evening for the album, free for KissBankers (1000€)

The 1800€ more* will help us make a CLIP for one of the songs ! I'm lucky to be supported par two talented directors, Nicolas Fortin et Jérémie Normand, who help me for concert clips (included in the participant offer at 80€). It would be a new dream come true for us to finally put images on my notes and words !

*once substracted the KKBB commission of 8%. 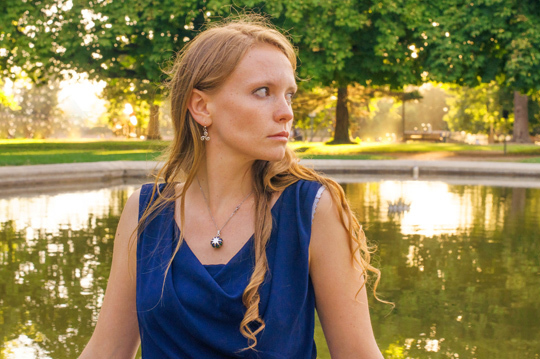 PREMIUM PATRON : Your name will be written in the thanking part, on the album's jacket ! + all previous offers (shipping fee adds when out of France)