Take part in the creation of our 6th album 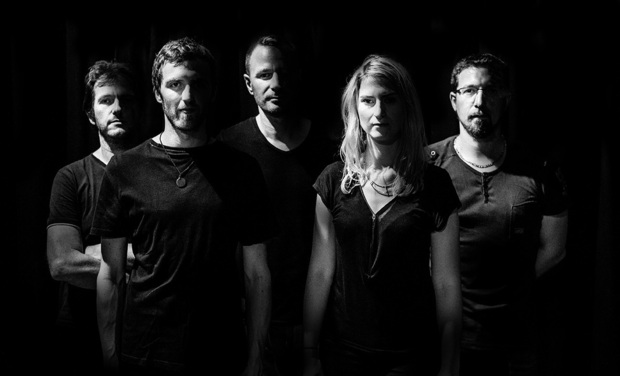 We are preparing the release of our 6th album and we need your help to obtain the production and communication budget.

AmartiA is a band strongly influenced by progressive rock and metal (but not only!). AmartiA's first album, "Maïeutics", was released in 2002 and was highly esteemed by the public and specialised magazines such as RockHard or Metallian.

This album was notably defended at the Raismes Fest in 2003.

The band released its second album "Marionette" in 2006, followed in 2008 by "Delicately" which is the album of maturity where the band asserts its personality with sensitivity and richness.

"Delicately is an accomplished work that deserves to break through and make its place at the top of the genre" - www.musicwaves.fr

In 2011, the band is taking a break with the album "In a quiet place" which offers an acoustic rereading of tracks from previous albums as well as new compositions.

Throughout this period, AmartiA has had the pleasure of sharing the stage with bands like Agua De Annique, Epica, Steam of passion, The Old Dead Tree, and Pendragon.

In 2014, AmartiA is back in action with Amandine Duwooz on vocals and is releasing a series of acoustic live videos.

The same year, the band releases "The Beast Within", a melodic and progressive album with a contemporary sound, inflated with powerful riffs and magnified by Amandine's crystalline vocals.

"AmartiA is one of the best French bands to practice this very fusional style of pop, rock, folk and progressive" - www.metal-integral.com

With a line-up that is stronger than ever, we are ready to share our new compositions. The work is already well advanced: the new material is in the box and the mixing is in progress, unfortunately we're short of funds.

And this is where you can help us to bring the project to a successful conclusion :)

Our treasury allowed us to finance the registration phase. It will allow us to pay for the mixing and a large part of the pressing (we will be short 234 euros for this part). We also have to pay the mechanical reproduction rights (290 euros). For the purely production part, we are therefore missing 524 euros. But for an album to live well and for our efforts to be rewarded, we want to invest in a promotion budget. The promotion budget is divided between the costs linked to a promotion and distribution contract and various other costs (flyers, posters...) for a total amount of 676 euros.

The CD received warmly at home

The CD "Daylight Beauty" + the autographed photo of the band

The CD "Daylight Beauty" + 4 tracks in acoustic in MP3

You have the CD + its digital version + the photo AND 3 members of the band come to your home for a small private acoustic concert. (excluding travel expenses, accommodation within a radius of more than 100km around Lille (France), date to be defined by mutual agreement and according to the band's availability)

The cd+ 1 private concert in small group You have the CD + its digital version + the photo AND the whole band comes to your home for a small private acoustic concert. (excluding travel expenses, accommodation within a radius of more than 100km around Lille, date to be defined by mutual agreement and according to the group's availability).