Chriss Lag’s documentary takes us on an immersive exploratory trip of the French Drag King scene. 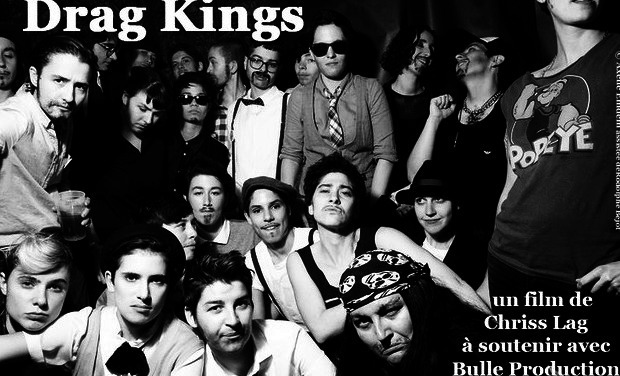 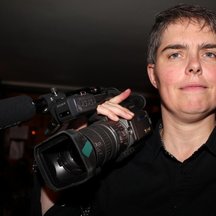 You may wonder what a Drag King is

It is a person who dresses as a man and impersonates male characteristics, performing a male character at the occasion of shows or workshops. Drag Kings use the codes of masculinity to consciously deconstruct their own codes of femininity and challenge the very idea of gender roles.

Although Drag Kings have been occupying cabaret stages across the Atlantic and on the other shore of the English Channel for a long time, they don’t enjoy the same visibility in France. Following French Drag Kings on stage and behind the scenes, this documentary aims at shedding light on their artistic practices: how they approach their work, how transformations linked to Drag King performance impact their lives.

Whether experienced performers as Victor and Louis, passing on their experience and sharing political ideas, gender explorers like Tom and Fred, or burlesque performers like M. Mister, the film gathers a broad range of outstanding personalities with exciting backgrounds. Besides, beyond these practical and theoretical approaches Wendy Delorme will propose new avenues well worth exploring.

There are encounters that change your life: in 2007 I came to meet as a journalist Wendy Delorme and Louis(e) de Ville. On stage, Wendy as a pin-up gets hit on by a young guy in baggy pants, a teenager who turns out to be Louise.  Meeting them made me want to move back behind the camera to direct a documentary: “Louis(e) de Ville portrait of a bad girl!”.

While the film was touring in several film festivals across the world, I kept filming Louis(e) de Ville exposing, exploring and exploding gender codes. Along the way, I met other Drag Kings, other performers playing with gender roles whom I want to tell you about in this documentary.

Chriss Lag is a director, journalist and a photographer. Her films, fictions and documentaries have been selected in several international festivals and aired on television (Canal +). The representation and the place of women are at the core of Chriss Lag’s work, especially when questioning, jostling or deconstructing the traditional image of women, whether in art, sport or in the media.

The film is supported by Bulle Production   The association Bulle Production supports this crowdfunding operation and will ensure the management of donations and the follow-up of the production budget.

What will the funding be used for?

I have been criss-crossing for filming in the Parisian Nights over the past months at my own expense.

This collection will make it possible to finish the film and to present it in festivals.

This projected budget has been calculated as tight as possible:

744€ for travels and transportation

300€ for registration in festivals

And of course, your rewards and Kiss Kiss Bank Bank fees.

Your name in the final credits of the film + information on the film (shooting, editing, festivals…)

All previous rewards + a DVD of “Louis(e) de Ville portrait of a bad girl!” from Chriss Lag (a 48 minutes documentary).

All previous rewards, individually dedicated + a personal invitation to the screening of the film in the presence of the director and of Drag Kings of the film.

All previous rewards + the DVD of the Drag Kings documentary+ a filmed portrait of you (3 min) in web format + my eternal gratitude.