Luce's Dreams is a graduation short film directed by Louis Liébert. Th shooting will take place between 28th April and May 3rd. 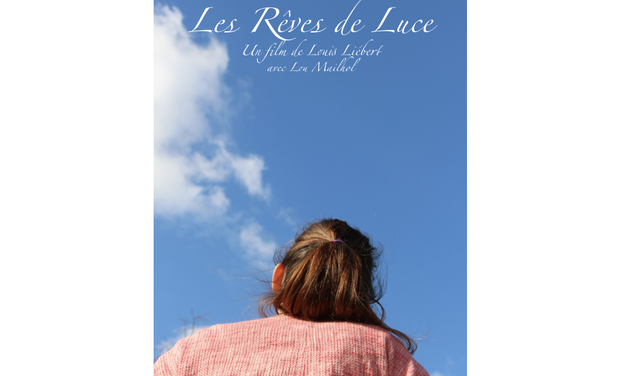 This film tells the story of Luce, a sensitive and lively young woman who is hired in the “Factory”, a place that beautifies the nights of unhappy people by writing them fabulous dreams. While she tries to script Julien’s dream, her first dreamer, she will develop feelings towards her.

In a world where unhappy people, the "sad-living", no longer know how to dream by themselves, a factory is booming: «The Factory».

The employees there have to create incredible dreams in order to make the sad-living happy for one night. As a source of inexhaustible inspiration, they have access to the archives of "happy-living" souvenirs, these people who have found the key to their happiness.

Luce, newly hired doesn't know how to handle her first file. Perfectionist, no scenario satisfies her, everything seems overrated, futile and superficial. Within «The Factory» all dreams are similar and she wants to innovate. She decides to go into her assigned dream by herself, thinking that the only force of her words could make him happy. She does it again night after night and falls in love with this man whom she can only meet in ephemeral dreams.

The idea for this film came to me by discussing with Lou Mailhol, an actress in the third year of The International Cinema School of Paris. Our discussion was about a fantasy : what if our dreams, objects of many questions, were actually written by a third party?

From that moment on, a character came to mind, Luce, a sensitive and dreamy woman who would embody such a person in a factory that creates scripts of dreams.

Through this film, I want to talk about dreams, because it is something that is common to all and that allows us to escape from a life that is sometimes far too monotonous. Unfortunately, dreams too often have to confront the harsh reality of life.

In developing this theme, I wondered about the connection between a dreamer and a creator of dreams, a relationship so special and intimate. The character of Luce expresses this complexity by falling in love with the dreamer she cares for, she tries to emancipate but this relationship has no future because it is ephemeral and superficial.

Developing a character like Luce’s with an actress like Lou gives me the opportunity to work more deeply on the character creation process. Thus the character will be more credible, it will have a real identity as defined from the genesis of the project.

I see this film as a fantastic trip like one of Michel Gondry's. A ballad certainly, but not a fairy tale. I want to stay grounded in a credible story. The employees of this factory are at the service of others and cannot reach their own dreams. I imagine an aesthetic like the films by Wes Anderson to show a factory that works squarely and strictly even if it creates unlimited dreams. I imagine the shots intimately related to sound design in order to create a unique universe, a repetition like a music without melody where the routine predominates.

Lou Mailhol will play the part of Luce

You can watch all the previous films made by the director on his website :

The location management, will be to feed a team of about 20 people at least once a day, to provide them with all the comfort they may need to be able to work in the best conditions.

The travel, will be to pay for the fuel of the drivers who will use their own cars to go to the shooting site.

The transport of the equipment will involve renting a van or two to transport all the cameras, light, machinery, decoration, costumes to the place of shooting.

The makeup, will be to pay the makeup artists for the equipment used during the shooting.

The costumes, will be to buy or rent costumes necessary for shooting, knowing that the idea is to have give people working into "The Factory" a 50/60's look, this has a cost.

Renting and setting up the setting, it will be necessary to have enough funds to create this Factory to match the ambitions of the director and his team. Creating an ambiance of dreams in natural scenery also involves significant expenses.

Above 1500€, it will then be easier to find even more special costumes and work even more the decoration to really give the film this style and this special atmosphere wanted by the whole team.

The team is made up entirely of passionate students who volunteer their bodies and souls on this project.

We hope that you like this project and just like us that can't wait to see it on screens ! The entire team thank you in advance for your help.

A thank you from the whole team ! Your name in the credits of the film !

A thank you from the whole team ! Your name in the credits of the film ! The script of the film ! (in french) + a private link directly in your mailbox to watch the film before its premiere !

A thank you from the whole team ! Your name in the credits of the film ! The script of the film ! (in french) A private link directly in your mailbox to watch the film before its premiere ! + we'll send you the poster of the film !

A thank you from the whole team ! Your name in the credits of the film ! The script of the film ! (in french) A private link directly in your mailbox to watch the film before its premiere ! We'll send you the poster of the film ! + invitation to a private screening of the film in Paris !