You will participate in the production of the new album "KNOU" a very great artist and personality from West Africa : MALOUMA. 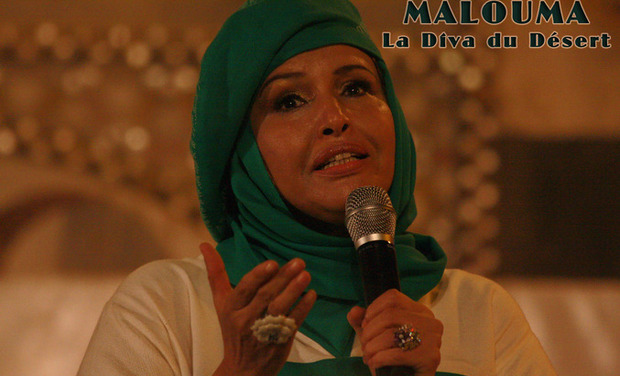 Malouma, Senator in her country Mauritania, had put hes musical career back to try to change the Mauritanian's society, among others, the status of women, their struggle for their rights back to time and it has continued to defend freedom of expression and freedom in a society Mauritanian changing. It is some years since Senator of hes country and contributes to the development of Mauritanian society. Today Malouma wishes to return to music, and is preparing to release a new album "Knou", an album that Devoille traditional music of Mauritania with all his strength and determination, Malouma book titles with deep mixed tradtion. A colorful opus, high on emotion, whose fusion style reports the opening of this great artist.

The album is in the works for two years, we are at the stage of mixing, and its completion requires further investment to prepare visual cover, promotion and distribution. Your contribution will finalize the best étapes and you will participate and the genesis of his new album and return to the music of this great lady (decorated with the Legion of Honour by France, Ambassador of the United Nations for environment in West Africa ....) Her career resumed in 2013, with this new album, and also your contributions.