MALTA KANO, TX tells the story of a couple in crisis where the man and the woman seem to be unable to tame each other anymore. 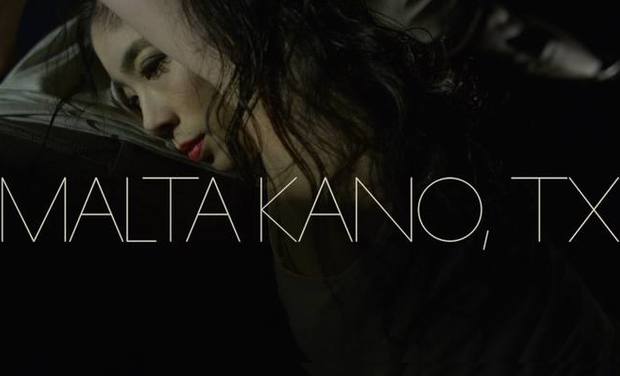 MALTA KANO, TX is an artistic collaboration between the choreographer Dominic Walsh and the director Frédérique de Montblanc. Produced by Eklektik Productions, MALTA KANO,TX will premiere in April 2015 during the Brussels Short Film Festival  in Belgium.

Help us finish this film and give it the scope it deserves! We would be thrilled to count you as one of our collaborators, no matter what your contribution may be!

MALTA KANO, TX tells the story of a couple in crisis where the man and the woman seem to  be unable to tame each other anymore. Somewhere along the line, communication was lost. The woman (Kumiko) seems no longer adapted to the system imposed by her partner (Toru). It’s as if the micro-society that the couple had build together was dissolving and that a revolution was on the verge of erupting.

Kumiko’s new resistance to Toru stems from a contradictory desire, a tangle between a desire for escape and a desire for reconciliation. Toru’s mind is invaded by a rampant feeling of jealousy, a diffused sensation of insecurity that forces him to confront his own demons.

From Kumiko’s reconciliation effort emanates a form of bittersweet nostalgia. It’s as if we were assisting to the celebration of a past complicity that may or may not rise from its ashes. This film stages the transitory state of a couple within which one has changed over the years while the other has rigidified into a self inflicted routine.

This film questions love as it relates to time and change. What does one need to solicit from the past to continue engaging into an optimistic future with his or her partner? How can one learn to ignore the initial projections that can so often pollute the fragile act of loving in the present?

In existence since 2005, Eklektik Productions brings together and harnesses the desires of several young Brussels producers with different backgrounds. Its eclectic influences and make-up naturally draw the company towards investing its energies into diverse and varied projects.

Eklektik Productions stands out thanks to a young dynamic team always ready to take up new challenges and discover new talent. Marie Besson has been the Company's Production Director since 2009 and supports films from their script version to their promotion and distribution.

Born and raised in Brussels, Frédérique went on a long artistic journey that brought her first to Montreal where she completed her BFA in Theatre at Concordia University in 2004. She then flew to Los Angeles to further her interest in video art, performance and set design. She obtained her MFA from CalArts in 2007 then moved to Texas where she started collaborating with the Dominic Walsh Dance Theater.

Dance and movement are at the core of her art practice whether it is installation or film based. She has collaborated with many choreographers such as: Marie-Agnès Gillot (Etoile at Paris Opera), Maxence Rey, Maria-Clara Villa Lobos and the Mossoux-Bonté company.

Her film & video work has been exhibited in numerous galeries and art centers in Los Angeles, Houston, Brussels and Paris. Her short film La Cave was streamed on Arte Creative's channel in 2012.

Frédérique works and lives in Brussels.

Principal dancer at the Houston Ballet under the direction of Ben Stevenson, Dominic Walsh has danced the greatest classics all over the world. In 2002, he founds his own dance company: the Dominic Walsh Dance Theater. his repertory includes works by Jirí Kylián, Mats Ek, Matthew Bourne and Mauro Bigonzetti.

He received the Choo-San Goh Prize in 2007 for his piece Amadeus for Anita as well as the Princess Grace Award in 2008 for Mozart. He is the winner of the Hubbard Street Dance Chicago’s National Choreographic Competition 2010.

Born in Seattle, Hana Sakai started her ballet career training under Toshiaki Hatasa, Asami Maki and Kyozo Mitani.  She joined the Asami Maki Ballet Company in 1993. In 1997, Hana joined the New National Theater in Tokyo and danced the leading role of Princess Aurora in its memorable opening performance of The Sleeping Beauty among the world famous ballet dancers, Yoko Morishita and Miyako Yoshida.

Domenico Luciano was born in Naples, Italy and graduated from Royal Teatro di San Carlo Ballet School in Naples in 1999.  In the same year, Mr. Luciano was invited to join the Deutsche Oper am Rhein in Dusseldorf, Germany.  After dancing with several companies in Europe including Europadance in France, Maggio Danza in Florence, Teatro Dell’Opera in Rome and Teatro di San Carlo in Naples, in 2004 Mr. Luciano joined Tulsa Ballet as a Demi-Soloist. In 2005, he joined Dominic Walsh Dance Theater in Houston as Principal Dancer.

In 2003, he received the Leonide Massine award in Positano, Italy as Best Male Dancer of the Year.  In October 2008, the Houston Press named Luciano as “Best Dancer.”  He was also named in Pointe Magazine “Standouts: Our 12 favorite performances of 2009” and in 2010 he received the "Young Talent Award" in Florence, Italy at DANZAINFIERA.

He joined Colorado Ballet as a soloist in 2013 and was promoted to principal in 2014.

Loup Mormont has studied electroacoustic composition at the Conservatoire Royal de Mons under the direction of Annette Vande Gorne. Since then, his music has been heard in several festivals in Belgium and all across Europe. He has composed for several films, video installation, theatre and dance pieces. He has been teaching for the past couple of years at the Conservatoire Royal de Mons.

Loup Mormont favors studio work that gives him the most precision in regards to musical matter and the reconstitution of hybrid spaces. Loup sculpts sound by manipulating it digitally. He records raw and living noise then reinjects music into it. Since the end of his studies, he has been researching the idea of creating ‘cinema for the ear’.

He stays an adept of narrative structures and tries to bring to his musical soundscapes a visual dimension.

Born in Lyon in 1981, Romain Ferrand moved to Brussels to study cinematography at IAD (Institut des Arts de Diffusion) where he obtained his Masters degree.

Romain’s career as a cinematographer includes films, music videos, documentaries and advertisements. He has worked with several directors and received the First Cinematography Prize at the Molodist Festival in Kiev for his work on Antoine Cuypers’ film Autonomie de la Volonte. He was also the cinematographer of Etrangère by Christophe Hermans which toured over 50 festivals around the world and for Ed and Shoulder by Maxime Pasque, which was qualified by critics as a ‘cinematic ufo’.

Romain Ferrand has worked with Frédérique de Montblanc since she came back to Belgium. He framed and lit most of her film work and also designs lights for her installations and performances.

She worked on the makings-of by Bouli Lanners: Eldorado (2008) as well as Sophie Schoukens film Marieke Marieke (2010). Most recently she has worked on feature films: Un homme à la mer by Géraldine Doignon (2015) and Je me tue à le dire by Xavier Seron (2015).

We strongly believe that this film is accessible to a larger audience than the dance enthusiast niche. MALTA KANO,TX invites everyone in.

We consider that the post-production of this film must equal its production quality. Composer Loup Mormont  will work in collaboration with sound editor Bruno Schweisguth. The editing will be taken in charge by Julie Naas under the direction of Dominic and Frederique and the color correction will be monitored by their cinematographer Romain Ferrand with his team in Brussels. All these steps are necessary to bring to the film a strong visual imprint and a sustained musical rhythm.

Because we also hope for a great visibility of the film, Eklektik Productions will focus on its distribution in festivals but also on TVs in Europe and in the US.

We are proud to announce that we have obtained funding from the Brussels Short Film Festival which has selected MALTA KANO,TX and attributed us 2000€ and a premiere in Brussels, Belgium during their festival in April-May 2015.

Help us finish this film and give it the scope it deserves! With 5.000€, we will be able to:

- print posters and flyers to promote the film

If we go past the 5.000€, we will be able to afford a proper sound effect studio, we will make a DCP copy of the film (highest quality for viewing), we will build a website for the film and have the funds to apply to even more film festivals across the world!

We would be thrilled to count you as one of our collaborators, no matter what your contribution may be!

A warm thank you!

A warm thank you, your name credited in the special thanks and a DVD of the film

A warm thank you, the previous rewards and a poster of the film signed by the directors

A warm thank you, the previous rewards and an invitation to a private screening of the film

A warm thank you, the previous rewards and a series of postcards of the film

A warm thank you, the previous rewards and an invitation to the Premiere of the film in Brussels, Belgium

A warm thank you, the previous rewards and the logo of your company in the credits as well as a private online link to the film

A warm thank you, the previous rewards and a surprise package created by Frederique de Montblanc

A warm thank you, the previous rewards and a pair of point shoes signed by Hana Sakai