Photographic Exhibition : Portraits of iranian women in exile across the world. 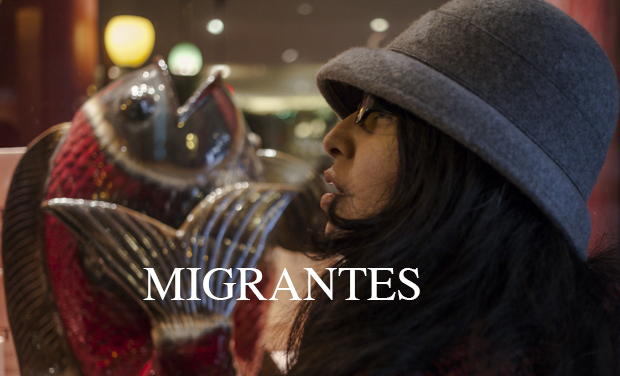 This project is about iranian women in exile across the world. It started in Paris in 2003 and I have the opportunity to follow up at New-York for 3 months. An exposition will present this work at Arles, France, end of 2015. A second exposition will be organised in 2016.

A few hours later, few degrees lower, some events, souvenirs, memories, some galaxies further, I fall into the distance.

Its technical term is Exile.

At least 4 million Iranians live outside of Iran. In 2009, the International Monetary Fund announced that Iran is the first among the 91 countries under development in level of elite's migration.

This project is intended as an atlas of modern Iranians women in exile.

I started in 2013 by installing a small studio around Place d'Italie in Paris. I invite some Parisian-Iranians to drink a coffee together, to talk about their journey's story and how they arrived here, why, what means the concept of territory for them, the identity, the modern life style. During this meeting, I am behind my camera and the guest in front of my lens. Time to time I shoot, some of these moments are fixed on a white background.

In the end of 2014, after my graduation from National Superior School of Photography (ENSP), I began following two young Iranians-Parisians girls with my camera in a more documentary way. Setare who had already come to my studio the first time and Maryam who has just arrived in Paris. I let them to take us (my camera and me) throughout their life in Paris, permitting us to be the witness of these moments.

In 2015 I go to New-York to continue these series by a volume in New-York through a Post graduation program at ICP (International Center of Photography).

The ideal objective of this project is to develop this research everywhere on this planet to narrate these Iranians women without borders.

You can see my previous work here : Sajede

This is the cost to finalise the project. My location in New-York has just been cancelled, so lodging represent quite an amount :

Printings for the exhibition : 1600 euros

Exhibition logistics (artwork and myself) : 400 euros

I will pay myself half of the costs and I ask a participative financement for 50% of project costs, for an amount of 3780 euros with the commission.

If the fund raising goes beyond my dream, it will help me to start a third part in India. The ideal of this project is to have a global portrait of iranian women in exile.