Artistic project with children of the slums in Mumbai. Giving creative workshops, create short films together and present it in Belgium! 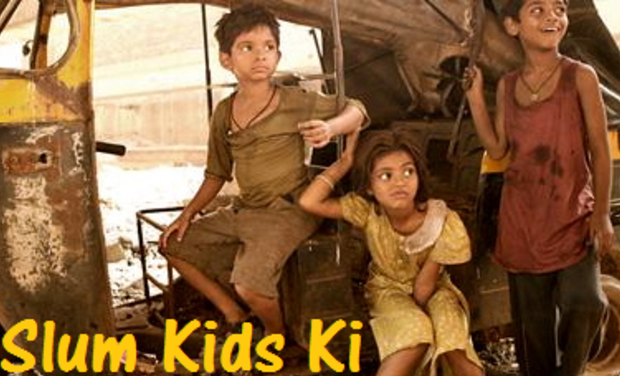 Support our artistic project with children of the slums in India!

I will travel to the slums of Mumbai in India to start an artistic project together with children living in Dharavi. My motivation and starting point of this project is to attract young people in the slums and give them the opportunity to artistically develop themselves and to introduce them to contemporary dance and video.

I want the children and young people to have the central role, starting from their creativity, movement and expression. The aim of this project is to set up a dancelaboratorium in India where young people from the slums and I always coöporate together. The result will be filmed and short video's will be created.

Destelheide, a unique training center in Flanders and our partner in Belgium, will present these video's in februari 2014 during an exhibition.

ACORN Foundation is a registered charitable Trust currently working in Mumbai, Delhi and Bengaluru. ACORN (India) is affiliated with ACORN International, working in 12 countries around the world.

"We want to highlight their work in protection of the environment," says Vinod Shetty of the Acorn Foundation.

"We want the government to set up a board whereby polluters pay a cess of about one per cent which can go towards giving these ragpickers a proper income with safe equipment like gloves and other amenities.

We want them to be trained in how to handle toxic waste and expertise in recycling goods in a non-hazardous way."

The Dharavi Project in Mumbai is an initiative of the ACORN Foundation (India), and is a registered charitable trust.

The Dharavi Project is a multimedia project that utilizes artists and socialimpact programs to change the living conditions of over 100,000, 'rag-pickers' who are segregating waste in and around the landfills of Mumbai.

Its mission is to increase the welfare of rag-pickers, and give their profession a legitimate and sustainable voice in the recycling and waste-management value chain at Dharavi.

The 8000 tons of waste generated daily by the city cannot be entirely picked up by the municipal corporation, and the gap is filled by Mumbai's rag-pickers who pick up the tons of garbage littering the streets.

For this work they are not paid by the city and the city does not recognize them as a workforce.

These thousands of children women and youth earn a living by selling the dry waste to scrap dealers, and most of the rag-pickers make barely 75-100 rupees a day. (1,5 euro)

The Dharavi Project has been working with the community of rag-pickers in the slums of Dharavi, and hopes to give them the credit they deserve as green collar workers who are cleaning our vibrant but messy city.

The hard labour of Mumbai's rag-pickers has ensured a place for Dharavi as one of the largest recycling hubs in Asia.

For a start, all members of the Dharavi Project are being given identity cards.

They have formed their own committee which is involved in waste awareness programmes.

In one programme, young ragpickers are partnering with schools in waste management.

Currently there are some 350 members of the Dharavi Project.

The foundation has also undertaken another initiative - to organise health clinics, programmes and workshops from which young children engaged in ragpicking can get some kind of informal education in music, photography and other arts.

A number of artistes have participated in such programmes, among them singers Shankar Mahadevan, Sunita Rao and Apache Indian and Katrina Kaif.

"Nearly 40 per cent of those in the waste business are children and women," says Shetty.

"We do not want to support child labour but realise that this sector needs alternatives. We hope such cultural events will help them think differently."

So young children ( engaged in ragpicking ) can get some kind of education in dance and other arts and have the chance to follow workshops where they can develop their talent!

I want to support this project in the conviction that every child, with his / her own unique personality and physical capabilities and limitations is able to dance and to create movement. My assumption is that everyone (regardless of social background, the environment or financial resources) should acces to the language of the arts.