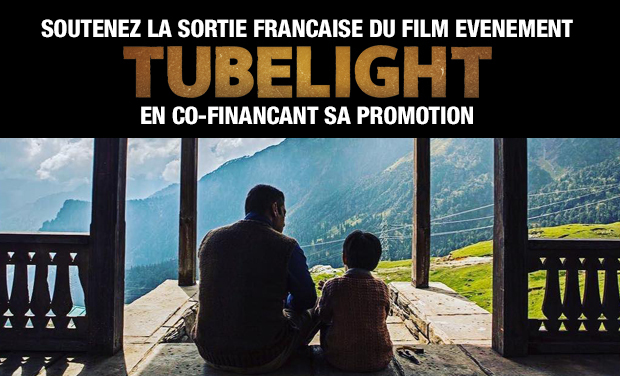 <p><strong>Two years after the success of BAJRANGI BHAIJAAN and its 13 000 audience members in France on unique sessions, the director Kabir KHAN and the actor Salman KHAN come back with the movie TUBELIGHT: a humanist fresco carried by a combination of humour and emotion with the Sino-Indian war of 1962 as a backdrop.</strong></p><p> </p><p><img alt="Poster_sk_child_france-1496594468" src="https://d3v4jsc54141g1.cloudfront.net/uploads/project_image/image/430599/Poster_SK_CHILD_France-1496594468.jpg"></p><p> </p><p>Distributed by <strong>AANNAFILMS</strong> in France and <strong>supported by COLLECTIF BOLLYCINE</strong> all over France through our <strong>35 teams</strong>, we are happy to propose the movie TUBELIGHT in about<strong> 60 theaters </strong>of which about fifty programmed by our care.</p><p> </p><p>It is the first time that an Indian movie with simultaneous release benefits from such a programming, which obviously implies a wider promotion and to have our volunteers teams more active for this occasion. It thus requires additional costs so that all cinemas can be provided by promotional visual, and for the first time in 120x160 and 40x60 posters besides posters and flyers made in various cinemas’ name on 35 cities where our teams are in place. <strong>This additional budget amounts to approximately 2500 euros.</strong></p><p> </p><p>To schedule this movie in 60 theaters is real challenge and we are very proud to be able to allow as many people as possible to have access to it. We thus request the help and the participation of fans, and all people who follow our actions since almost 5 years today.</p><p> </p><p>Since all these years we act to show that it is possible to open the Indian cinema to all French movie theatres. Let’s continue this work together by making TUBELIGHT the example of a wide and successful programming which will be able to bring others. Recognized and followed by Salman KHAN, one of the most popular actors of the Indian cinema (60 million of followers on social networks), our collective needs only to expand and to allow you to join a wonderful adventure by contributing concretely to our action. Be an actor of your passion J</p><p> </p><p><strong>Synopsis</strong></p><p>In 1962, in a small town in the heart of Himalaya, Laxman lives with his young brother Bharat. Without any other family, they are inseparable. But when the war with China breaks out and Bharat is enlisted in the army, Laxman’s world collapses. While the conflict rages and the news of the front leaves little hope, Laxman tooks a decision which is going to upset its life.</p><p>.</p><p> </p><p><strong>Directed by</strong> Kabir Khan <strong>With</strong> Salman Khan, Sohail Khan, Zhu Zhu, Om Puri <strong>Duration</strong> 2h51 C<strong>ountry</strong> Inde</p><p><strong>See all informations about the movie on <a target="_blank" href="http://www.tubelight-lefilm.com">www.tubelight-lefilm.com</a> from June 10th, 2017 and follow us on <a target="_blank" href="http://%20www.bollycine.fr">www.bollycine.fr</a></strong></p><p> </p><p><strong>List of theaters to follow…</strong></p><p> </p><p><iframe src="//cdn.embedly.com/widgets/media.html?src=https%3A%2F%2Fwww.facebook.com%2Fplugins%2Fvideo.php%3Fhref%3Dhttps%253A%252F%252Fwww.facebook.com%252Fsalmankhan.france%252Fvideos%252F1216516391803568%252F%26width%3D1280&amp;wmode=opaque&amp;url=https%3A%2F%2Fwww.facebook.com%2Fsalmankhan.france%2Fvideos%2F1216516391803568%2F&amp;image=https%3A%2F%2Fscontent.xx.fbcdn.net%2Fv%2Ft15.0-10%2F18576000_1216524798469394_519976937314058240_n.jpg%3Foh%3Dd7d63bdf9db51fbb4621adeed9c1fb09%26oe%3D59DBCBC8&amp;key=cb39d84f05d8439bbe96012f078e02b0&amp;type=text%2Fhtml&amp;schema=facebook" allowfullscreen="" width="540" height="304" frameborder="0"></iframe></p><p> </p><p><strong>SHOOTING SECRETS</strong></p><p> </p><p><strong>The title of the movie TUBELIGHT</strong></p><p>In English Tubelight is used to designate a person slower to understand the little things.</p><p> </p><p><strong>The last appearance on the screen of Om Puri</strong></p><p>Legendary and familiar figure of the Indian cinema, Om Puri passed away last January at the age of 66. He left behind him a monumental inheritance of 300 Indian movies and American or English productions. We will remember him playing alongside Patrick Swayze in Roland Joffé's movie "City of joy" in 1992. He had also become famous in Mike Nichols’ movie “Wolf” starring with Jack Nicholson and Michelle Pfeiffer, in Stephen Hopkins' “The Ghost and the Darkness” with Michael Douglas, and interpreted the Pakistani president Zia opposite Tom Hanks in “Charlie Wilson's War”. In 2014 he also gave the reply to Helen Mirren in the comedy “The Hundred-Foot Journey” directed by Lasse Hallström, produced by Steven Spielberg and mainly shot in France. In 2015, He also made a short but noticeable appearance in the movie BAJRANGI BHAIJAAN alongside Salman KHAN<strong>.</strong></p><p> </p><p><strong>When the two biggest Indian stars are together on screen after 15 years</strong></p><p>Shah Rukh KHAN is undoubtedly the most famous and the most popular Indian actor abroad. Decorated Officer of the Order of Arts and Letters in 2008 and Knight of the Legion of Honor in 2014, he also has his statue at the Grévin Museum.</p><p>He shares with Salman KHAN the Indian box-office for more than 25 years but they hadn’t shot together since 2002. It was without taking into account the persuasion of the director Kabir KHAN which allows Shah Rukh KHAN to star with Salman KHAN on some scenes of TUBELIGHT.</p><p> </p><p><strong>The Chinese star Zhu</strong></p><p>In the casting we have Zhu the first Chinese actress to be photographed for Vanity Fair, Variety or Teen Vogue… She became famous in 2005 on MTV in China and recorded an album of songs. Her actress’s career in the United States began in 2012, in the Wachowski’s movie "Cloud Atlas”. She has a dozen international movies to her credit, including great successes such as "Shanghai Calling" (2011), "The Man with the Iron Fists" (2012), "The Old Cinderella" (2013) and "Last Flight" (2014). She was also in the casting of both seasons of “Marco Polo” drama series (2014 - 2016). Icon of style, her elegance has seduced fashion designers as Stella McCartney, Gucci, Calvin Klein, Chanel or Louis Vuitton.</p> 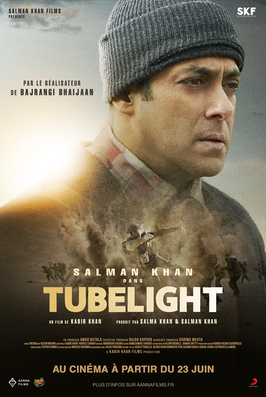 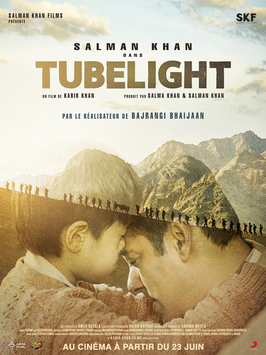 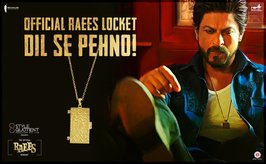