Help us to preserve the knowledge of Maya midwives in Chiapas! 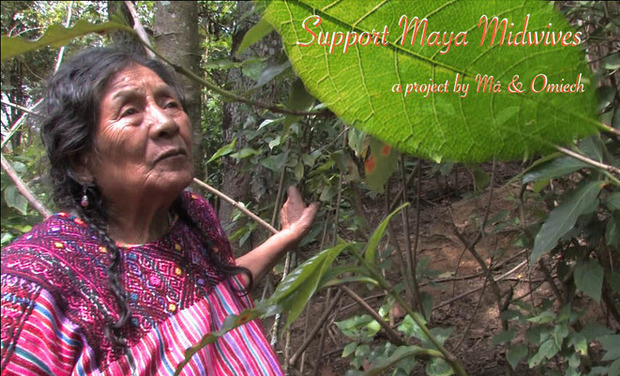 11.16.13 We are excited to announce that the video for this project is now available! Thank you for sharing with your friends!

11.11.13: Thanks to your support, our project has reached 50% of funding. Our partner in Mexico was very excited to hear that, and thanks you for your generosity. Please help us fund this project fully to make this meeting happen!

The meeting is a very important event for the midwives of this organization. It is usually an annual event, but due to financial difficulties the midwives have not been able to meet since 2010. The midwives have asked us to organize this meeting because they feel that their knowledge is being lost and the impact of this loss is felt by the indigenous communities. This loss is due to the fact that the younger generation does not show an interest in learning traditional medicine and midwives have increasingly less patients. There are many health problems in the communities that can be resolved with the help of midwives.

Chiapas (as well as Guerrero) is one of the last states in Mexico where this sort of traditional knowledge continues to exist and is put into practice. It has been lost in other regions of the country and for this reason we think that it would be a tragedy if this were to occur in Chiapas.

The indirect beneficiaries of this meeting would be the people of the indigenous communities. When the midwives return to their communities they will take back with them enhanced knowledge and greater confidence in their work.  In this way, the health of their patients will be improved. They will also share their knowledge with other midwives (and apprentices) in their communities.

The meeting will also benefit OMIECH, providing it with encouragement to carry out future projects and helping to make more visible midwives demands and the reproductive health problems of the communities. This will facilitate the development of new projects that respond to local needs.

The Organization of Indigenous Doctors of the state of Chiapas (OMIECH) focuses on consciousness raising in the general society and on promoting the knowledge and practice of Traditional Indigenous Medicine (TIM) and Primary Health Care in the indigenous communities in particular.  It facilitates training workshops on the knowledge, use, defense, development and promotion of TIM, seeking to improve the health and self-sufficiency of indigenous communities by offering its health services at the local, regional national and international level. OMIECH is a self-sufficient organization that offers training and quality service in primary health care in an intercultural environment.

The work of The Midwives and Women’s Area of OMIECH addresses pregnancy, labor and the postpartum stage of women’s reproductive health.   The organization’s methodology involves a training process directed at young women in the communities who are interested in reviving, promoting and preserving traditional midwifery, as a medical-cultural practice that contributes to the reduction of infant and maternal death.  Likewise, research has been done to identify the medicinal plants that women and midwives use for contraceptive purposes. With this information, we can provide women with alternatives that enable them to plan their families.

The Mâ Association in France has existed since 2009. Its objectives are to direct actions aimed at increasing sensitivity regarding respectful birthing practices and to promote the well-being and sound mind of individuals from birth until old age. The association also contributes to creating social links and open networks at the local and international level through cultural exchange and solidarity actions. Its collaboration with OMIECH since 2010 has been based upon these shared values.

Presentation of the Association Má team and  The Midwives and Women’s Area:

Why do we do this?

We think that it is important to revive, share and value the wisdom of the midwives of Chiapas. Their knowledge is just as important for pregnant women as it is for the communities - midwives have a wealth of knowledge regarding plants and the environment. The scope of their work curing disease and attending to families goes beyond the health care they provide to mothers and their future child.

Other expenses include preparations for the meeting (delivering invitations to the communities, printing notebooks and other pedagogical materials) and work materials for the midwives (buckets for bathing babies, raincoats and flashlights for when they make night calls and/or in the rain). These expenses add up to 9,500 pesos. Additionally, the event will be photographed and copies of the photos will be made for the midwives.

To cover all of thesse expenses, our aim is to raise 2,200 euros.

We are working as volunteers; therefore no salaries are included in this total. Likewise, those of us who attend the meeting will pay our own expenses.

If each of us helps a little, ¡together we can make this meeting a reality!