Help me produce my 6th documentary, which is about environment and music and Tanzania ! 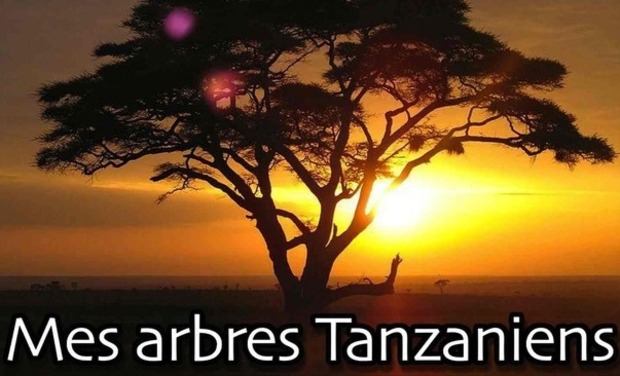 Tanzania. The forest is slowly disappearing. With it, the love of building drums, traditional music and a cultural aspect of a nation.

"My Tanzanian trees" is a 60' documentary film that tells the story of Gérard Bruno, a percutionnist and fantastic carpenter who is living in Tanzania since 1985. He has built over 250 drums and marimbas, all with unique and extravagant shapes.

During 5 years, 20 years ago, Gérard travelled thru Tanzania, meeting with tribes that still made their own drums. He learned from their unique carving techniques. He met the Makondés, a fascinating tribe that lives south of Tanzania.

But 20 years later, what has remained from this vast musical culture?

Today, Gérard fights the inescapable forest's dissapearence by sharing his love for music and wood.

Ma father has been living in Tanzania for 5 years. I had the opportunity to go there many times! It is a fascinating country by its diversity.

It took me over a year to write the story of it. Meeting Gérard made it become an evidence: as soon as he started to talk, I knew he would be a good cinematographic caracter. After 28 years living in Tanzania, local people respect his dark vision of environment and local culture.

With this film, we discover Tanzania trhu his informed eyes. But behind his pessimism is a true dreamer with a great sense of humor.

He tells a lot of stories and anecdotes, making us understand 100 years of history of music in Tanzania. He will be guiding us during the 60 minutes of the film.

Producing and watching documentaris is one of my passions since I am 13. Until now, I have only done documentaries about very specific subjects. This one will be the first one for which I will have a great artistic freedom. Environment is one of my favorite theme, as I have already done a documentary about environment in Qatar.

I collect seeds from around the world, that is why you can earn some baobab seeds in the compensations!!

Forest is a world that fascinates me. Gérard's fight to preserve it is unique and essantial.

You can see some of my previous films here: http://julie-documentaires.over-blog.com/

Producing a documentary, it is creting something unique and a great adventure !

We will visit many exciting places of Tanzania during our shooting. For the first expedition, we will go visit the Makondés, and it will need two days of bus to go South of the country in the luxurious forests. Then, we will go in Dodoma's region where lives the Wagogo tribe, in which the drums are played by women !

We will also shoot in sme natural reserves such as Ngorogoro, Kilwa Masoko....

Dar Es Salaam, the main city in Tanzania. Far away from the city center and invaded by trees, a house sounds busy with music. There we meet Gérard, his wife, and their two children making a little musical concert, each of them playing an original drum.

Gérard, a carpenter and musician, is the father of 250 drums and marimbas, built upon traditional techniques, each of it being a master piece, unique and original, full of memory.

The drum’s passionate quits his family at 14 to learn about carving and music. At age 21, he leaves his country -France- to go to Africa with his wife. His goal then is to discover the birth land of drum and to meet people who make them and plays music out of them.

In Dar, he meets very few musicians building their own instruments, and those they use are bad quality.

Gérard decides to build his own instruments. He had the technical knowledge.

But one day, while he is walking nearby a road, he discovers in the mud a strange, but big, piece of wood. He dug it out and cleaned it. It was a magnificent drum with weird carvings on it. He puts a skin on it and the sound coming out of it was incredibly good. This is how Gérard discovered that, once upon a time, there was an art of making drums in Tanzania.

His encounter with Fifaridi was evidence, this young curious and adventurous Tanzanian made Bruno travelled. He brought Bruno during 5 years all over far and uncivilized places, where Tanzanian old tribes kept on going with drums fabrication: traditional, same constructions years after years and many kind of drums.

1987-1992: Five years which were necessary to Gérard to learn how to build drums traditionally, learn African tribal art and culture, speak their language and make him-self accepted by them, especially Makondé’s tribe.

Nowadays still, on his Pick-up with Fifaridi, Gérard is going back to the collins where Makondés lives, South territory. He stills remember when he first meets those musicians and sculpting artists who lives beyond the trees. Facial typical scars on their face, they were making amazing drums to surround magical rituals of theirs, which are animist.

As many rituals all over the world, each sound has a specific meaning, and each drums are used for specific rituals. Makondés are also known to make divine wood statues several meters tall, representing strength of their community.

Bruno remembers his encounter with an old man in the village, carving wood for hours next to that man. The old man was producing strings, which are carrying drum’s skin only with trees bark. Bruno admiration for this man was really strong.

Nowadays, this man is gone and nobody is going to teach his secret. Because many Makondés have no attachment anymore toward forests and prefers to live nearby the capital. They make money out of the drums fabrication: making it faster and worth, not traditional anymore just for tourists. Tall and magical statues are now small and commercial, exposed on artisanal market.

Gérard still goes to Makondé’s ritual, enthusiastic, letting him-self go high with repetitive drums sound going into a trance which brings them into a terrific dance.

Music goes with their discreet and secret ceremony. For Gérard, it’s sounds like their father’s humility.

Music refers to religion and animist, goes with rituals of each tribute and is protected from outsiders, hiding not to be revealed. But Makondés are leaving slowly their traditional music.

1988: Gérard starts to make his own drums ; he uses traditional technics to satisfy his overflowing creativity.

In his workplace nearby the forest, he fills up with silence, letting wood express itself.

Wood is a noble material, full of secrets, of surprises and of life.

When Gérard knows that trees can live for hundred years, wood sounds to him immortal.

However, Gérard hasn’t cut any tree in his life. Because he makes drums with dead wood. Inside his pick-up he goes everywhere to bring back those precious pieces of woods that he needs as Acajou, Ebene which are left beside the road. He made out of those pieces of woods, which looks unimportant, real pieces of unique art.

But Tanzanians burns their trees. Talking about a pyromaniac country, Gérard is denunciating bigger and alarming forest vanishing that men burns to get out of it coal or to sell trees blood that flows into trees veins. But sometimes they do so for no reason, without any legal control.

Gérard knows that a real environment protection and control process could be made, so that all that natural beauty could be saved. Gérard also denunciate corruption, the fact that people only thinks about tomorrow and never about longer actions.

Gérard also have the project to make a denunciating video clip about all this with violent pictures (forest burning, poverty, pollution…) so that people could awake their conscience.

Gérard regrets the forest that use to exist, while silence and balance were abundant. He likes forest as is it out of time, of civilization and of social codes. That’s the perfect place for his creativity. A long time ago, music was the only sound that could be heard in that deep silence. Now, it’s gone with city noises.

In an other hand, Gérard talks about all mains event in Tanzanian history, making music important: 40 years of communism, even if they had instaure peace, they unified all cultures and language making diversity rarer. Local R’n’B and “Bonga Flavor”, Churches evangelist choral taking all over and marriage brass band: That’s all tanzanian music panel nowadays, far from traditional makondé’s rhythm.

He also tells the story of CNN, TV channel arrived in 1994, inspiring people into massive consumerism. And so many other event that have damaged, directly or indirectly, forests and music.

Back to Makondé’s territory. Gérard spends time to a death ceremony, 27 years after his first visit. Today, no one make drums, no one takes cares of the forest which used to be their sacred place. Gérard tries to reconnect people to their past because he is, himself, a living memory of their cultural inheritance. But old man became alcoholic and younger dreams to quit their tribes to go in the city.

27 years spent in Tanzania gave Gérard the rage and the strength to fight for his ideal. His future project is to buy part of south forest to protect half of it of any human visitor for 30 years so that nature becomes as it used to be, and the other half to make wood, naturally, to continue to fabric drums. Government almost gives it to him for free, and a rich friend of his, an investor, engaged himself to support financially this project.

Gérard, music teacher in high schools for passionate children, sees very far: He want to build a workshop to teach what he knows about traditional drums, and give all schools good traditional drums to work with. So that drums culture continues to live years and years after. And if kids like music, they will naturally protect what is needed to build drums: Forest.

To bring back music culture and forest protection are the two main fights in Gérard’s life! For him, those to fights are related, because if the forest disappears, instruments fabrication will too, and then traditional music will slowly die. From that terrible circle, Gérard wants to make a virtuous one: Share his fight to make us realize that if we save the forest, we save local traditions, and so we save Tanzanian cultural heritage.

The film is produced by french company EnfinBref who pays for the trip, the editing, the mixing... but the founds are not enough for me to do the best film possible. That is why I need your help and support !

This fundraise will be used to pay the equipment of the musicians who will compose the original music of the film, also to hire a studio for one day (800e), and one day of dazzling special effects work on my images (500e) !

I will be alone on the shooting, taing care of the image, the sound and the production all at the same time !

Thank you all for your support !

Get an invitation to the Première of the film in Paris and a big Assanté Sana (thank you in swahili) !

+ Your name credited in the film as a co-producer !

+ a musical CD from Gérard Bruno and songs from the forest.

+ A drum from a makondé artist !