Liberty City, Miami, 2018 The story of Ella. The story of June. Or the opposite. And the sea blind of such beauty. 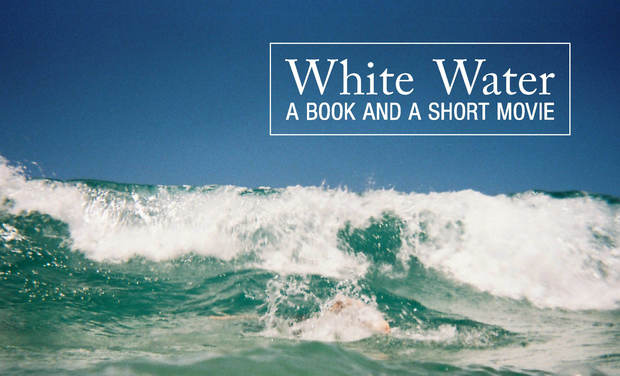 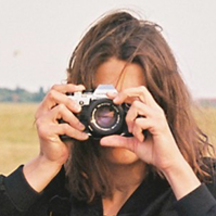 And the sea blind of such beauty.

My project is about making an hybrid book. I want to mix-up fiction with documentary materials. The idea is to relate the social complexity between African-Americans and Europeans, using the writing, the audio and the video with this plot: The life of a Kabyle (Algerian) European girl who is living in Miami and the life of an African-American from Liberty City, Miami (Liberty City was a segregated neighbourhood who appears around the 30’s).

The goal is to light the social complexity on ethnicities as the African-American heritage or the French colonisation in North Africa. Nobody in this story is really “white”, but what are they representing for each others? Whiteness? Blackness?

"Liberty City, 2018, after the Hurricane Irma

Every morning, she takes her mountain-bike and goes to the sea. She works in a sophisticated diner in Little Habana and teaches writing classes in a social center in Liberty City. She is got sun fever, she is drunk for the way black folks talk and she is thirsty of the words and music. The roads are always full and noisy ; the parties and the walks in Liberty City are all the same. Trouble moments, pauses in time. The sun is always burning on her skin, and easily this skin is getting darker, but never black.

He sees her, she’s not from there. His daily life is based on the others, his power, his strength, his ways to talk make him able to create networks. He knows poverty is the legacy if he wants to make himself rich. He knows that all the dreams about money ain’t going to make him anybody ; he’ll never get away the streets, the hood, the homes, the illegal business and the violence. He just does what they want him to do and he does it well, controlling the hood. He saw who gets out, who gets in and who dies. "

I want to use photographs, interviews, footages as a report of the Real. How I will manage the documentary materials with the fiction? Or the different mediums? Since I am studying in a Visual Art School in Brussels (La Cambre), I will probably show the short movie with the book in a final year exhibition. I would like to publish the book and also work in some traduction since the book is written in three languages: mostly French and English, but Spanish if the needs appears.

I am now working with Edwige R, who will play the Ella character. We are meeting and focusing on her personnal life and her aspirations. She is a really strong woman and she got that inspiring energy.

From the 9th of January until the 10th of February, I am going in Miami for a one-month instance. During my stay, I will study and observe the city, the economic way to work, the social relationship between rich and poor social classes. I want to focus especially on the African-American community in Liberty City, the crack plague, the ambitions and aspirations of the people, or the place of religiosity.

Typography and graphic design are definitively one of the tools I will use for this project. It allows me to think about narrativity and materiality of mediums. My challenges are not only about contents but also about the way I will give a form to it. What is a graphic novel? How do you treat a video with the text? How pictures could works with it ? This project is definitively a way to answer on new schemes of telling stories.

I have been really inspired by James Baldwin (Another Country) and Paul Auster as american authors. But also Barry Jenkins with his film Moonlight, or David Lynch with Lost Highway and Chris Marker with Sans Soleil have my whole admiration. I also have been at the Read My World Festival in Amsterdam. This year's theme was BLACK USA, and the words and works of people like the energetic Shantrelle P. Lewis, Kleaver Cruz and Rickey Laurentiis have been a great motivation to continue my project.

Thanks to the support by Kiss Kiss Bank Bank community, a part of this project could be financed. The money raised will be used for the buy of the audio-visual material but it will only cover a part of the cost;

This material will allow me to do a quality work thanks to the discretion and the resistance of it.

8% of the earning are distributed : 5% for Kiss Kiss Bank Bank et 3% bank charges.

Thank you a lot !!! Your name will be mentioned in the acknowledgments.

Thank you a lot !!! You will get some chapter of the White Water book in a digital format. Of course, your name will be mentioned in the acknowledgments.

Thank you a lot !!! You will get the White Water book in a digital format and you will get a DVD or a memory stick that contains sequencies of the short movie. Of course, your name will be mentioned in the acknowledgments.

Thank you a lot !!! You will get the White Water book printed in color with a DVD or a memory stick that contains the short movie. Of course, your name will be mentioned in the acknowledgments.

Thank you a lot !!! You will get the White Water book printed in color with a DVD or a memory stick that contains the short movie and get some bonus footages. Of course, your name will be mentioned in the acknowledgments.

Thank you a lot !!! You will get the White Water book printed in color with a DVD or a memory stick that contains the short movie and get some bonus footages. You will also get an edition of the travel books in Miami. Of course, your name will be mentioned in the acknowledgments.