Support Bar Mario : a real comedy where the protagonists interpret the part that life gave them. 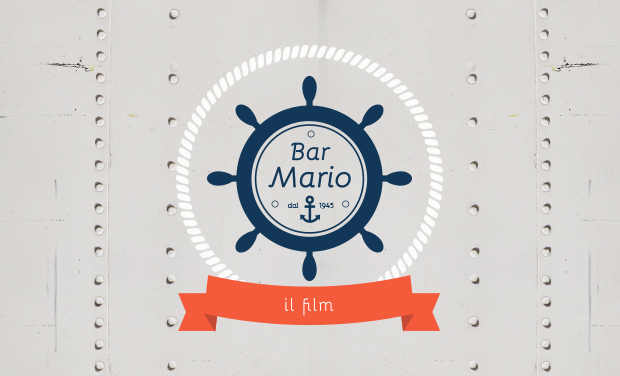 For more than 70 years, between Italian and Austrian border, in the middle of dolomites, a bar with the shape of a ship is a meeting place for the people of Rencio quarter in Bolzano.

In Bar Mario the customers feels at home. That’s because Bar Mario is situated in the house of the family that runs it.

Marina, Roberto and Paolo lives here. Only one door separates the bar from the rest of their house.

Few meters next to Bar Mario there is Zelig, school for documentary films.

We are a filmmaker that graduated at the Zelig, since three years we are working to produce a documentary about this special place.

Our intention is to tells Bar Mario reality through the eyes of the capitan of the ship: Marina.

She is a middle aged woman that despite of difficulties never lose her smile and her playful mood. Marina's daily life shows us the courage of a woman/wife/mum that runs the bar, take care of her husband Roberto, and at the same time raises a son that is regarded “special” by society.

Since he was born, Marina's son Paolo, has been affected by psychophysical diseases. After an unsuccessful operation when he was 18, the doctors said he would never walk again.

But Marina never gave up:

“Paolo sat all the time on the wheelchair staying with the customers in the bar. We spent time trying to stimulate movement in his feet with a little ball. One day he began to move his big toe, and after a few months he could walk without any support”.

Bar Mario is a place where diversity is accepted and lived as an added value.

We want to tell how the division between public and private doesn’t exist in Bar Mario. Marina, Roberto and Paolo spend their time with the regular customers as a big extended family.

One of these customers is Roland; a 65 year old man who use sandals every day, also when it snows, living like an eremite in a caravan in the middle of the wine yard. He doesn't have anything, except his collection of 22,000 old shirt buttons.

In this microcosm the stories are intertwined making a tragicomic portrait of this place comes into life.

Reality and fiction are mixed together, a real comedy where the protagonists interpret the part that life gave them.

In a society where every person is alone, where relationships often are undervalued. The necessity to document place which are going to disappear, like Bar Mario, is impelling.

“I HAVE A FANTASTIC IDEA!!!” (typical director) Stefano Lisci

Well, I have to admit, I might have skipped some lessons to go to Bar Mario. The morning always begun with an espresso, a chocolate croissant and then I stayed all day long. Maybe it’s because as a child I spent a lot of time in the shop where my mother was working, and my grandmother lived, just like in Bar Mario. I fell in love with this place and that’s why I choose to make a film about it.

“A PERFECT COUPLE” (when love is in focus) Ben and Lilli

Together, both on the set and in life, Beniamino Casagrande, the DOP, and Livia Romano, the focus puller, took care of  Bar Mario's look.

The biggest challenge was to become “invisible”. We were able to capture the spirit in this small place, using heavy equipment, usually used for big productions.

We broke the myth that when shooting a documentary, you have to use light and small equipment.

The sound of the coffee machine, burr of the fridge, gurgle of the washing machine and shouting people was daily challenges of Bar Mario's ambient sound.

We managed to record the protagonists dialogues clearly. It was a big success!

STATE OF THE PROJECT

The Bar Mario shooting is already done between December 2013 and August 2015. This is thanks to the hard working team, the rental company that gave us the equipment as a sponsor, and all people that chose to come on board in this ship.

We are truly grateful, but we are not finished yet..

So why a crowd funding campaign?

To make a movie you need passion. You need enthusiasm and you need goodwill. But it is not enough. You also need the technological means.

We are looking for new people interested to participate in our project because we want to finish it in the best way we can. Your support is essential to cover the post production costs 4000 Euro that includes:

Welcome onboard! For you an espresso in Bar Mario + greetings in social network.

Have a sit and enjoy your trip! You have the bottle opener + the link to watch the film online.

One thousand nine hundred thanks! Your name is in the ending title + like 15 + breakfast in Bar Mario + movie poster + DVD of the film.

Brave sailor, are you ready to face the storm with closed eyes? Like 30 + Surprise reward.

Shark teeth! You are a boatswain. Like 30 + usb key with a selection of Marina videos and jokes.

Second Mate let's roll the ship! Like 50 + book with Marina aphorisms + greeting in the electronic black board of Bar Mario.

For thousand whales the First Mate is on board! Like 100 + Telephone call with Paolo + invitation to the film premiere + Paolo Diary + Wall Clock that goes backwards like in Bar Mario.

You are the Capitan of the ship, commands! Like 500 + one day in Bar Mario + your name in the open title + a dinner with the protagonist and the director.

You are the owner of the ship! 2 days holidays for 2 person in Bolzano (except travel expenses) + like 1000.