A surrealist short film about a backpacker's expedition in the Spanish desert. 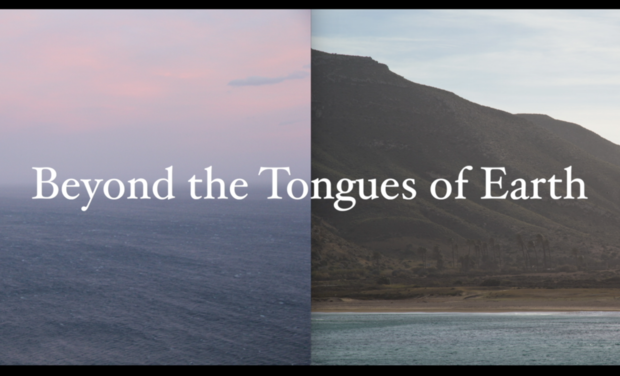 From the desk of Emilio Ileu and Eli Morin:

Our absurd minds want to make something for your absurd mind; yes, you surreal swine, you are as absurd as we all are.  Luckily, we have the therapy.  The doctors are in.  Please sit down. After much consultation we've decided a short film is just the prescription you need.

The film tells the story of a backpacker with a few loose screws, a little like all of us, stumbling through the Spanish desert on a quest of his own design. He meets people, animals, plants, etc. To give too much away now would spoil the surprise, wouldn’t it? Yes, the film will be in color. Good question. If you have any other questions, you can always page us.

However, it might also be appropriate to meditate briefly on the thoughts, feelings and moments that resulted in this production. Your doctors, Emilio and Eli, met as film students in Montreal way back in the fall of 2013. Emilio is a filmmaker and photographer from Malaga, Spain. He has worked on TV shows in Spain and the UK. Eli is a filmmaker and writer from the United States. He worked at Big Shoulders Digital Video in Chicago, and on a documentary in South America. They shot two films while at the University of Montreal: “the Subterranean” and “Yellow Suit”, stills from which are visible here. They haven’t figured out "the point” of those films either.

They were in agreement about an approach to cinema that was not limited to traditional narrative storytelling. At the time, they were happy to make films with nice images and strange editing and slowed down music and no characters. All well and good. They dreamed of a more fully realised product but they lacked the funds to produce it. But they did dream.

Then they separated, pursuing this and that, work and other responsibilities.  But they were continually drawn back to the possibility of doing a film together should the chance arrive. And not a two-day project but a full production with lights, a camel, action. Eli moved to Europe in the beginning of 2016 and the time was suddenly available to get around to that project they had talked about, which is the project you are looking at now.

The primary objective of this production, naturally, is the completion of a fully-formed, professional short film, suitable to submit to film festivals, independent content distributors, and anyone else who’s interested. There is also an element of audience participation and collaboration (see rewards). The secondary objective of this film is to establish a creatively-independent production space where we can continue to create without constraints. This is but the first of many, and the next time it’ll be a little easier getting it off the ground. And the time after that a little easier. And the time after that…

Make no mistake, the push and pull for the spirit of cinema continues between studio behemoths and independent artists and filmmakers. Thanks to the internet and other new media outlets, we, the public, still have the power to turn away from lowest-common-denominator-drivel and regain some respect for filmmakers and viewers alike! We want you to become part of the process!

The time for backing down has long since come and gone!

Thank you. We expect to see you in our offices again soon.

As stated in our video, we entreat you to fund the film to support independent filmmakers, and allow us to deliver a product that we can all be proud of.

For all the accountants who are trying to check the books, the funding for the film is going towards the following:

If we exceed our fundraising goal, the additional money will go towards expanding lighting equipment and then towards renting camera lenses.

Our many thanks + all previous rewards + a copy of the DVD, with a heartfelt note and maybe a smiley or a pertinent quotation

Our many many thanks + all previous rewards + a T-shirt, commemorating the tears and lost sleep of the production

Our many many many thanks + all previous rewards + the addition of any word or gesture into the film, at your discretion. Yes, it will be included, provided it is not obscene (don't make this hard for us, please?). We will be available by e-mail. Let's get weird!