Help us print Regla! A photographic book about the Cuban underground, a unique reflection on Afro-Cuban culture and identity. 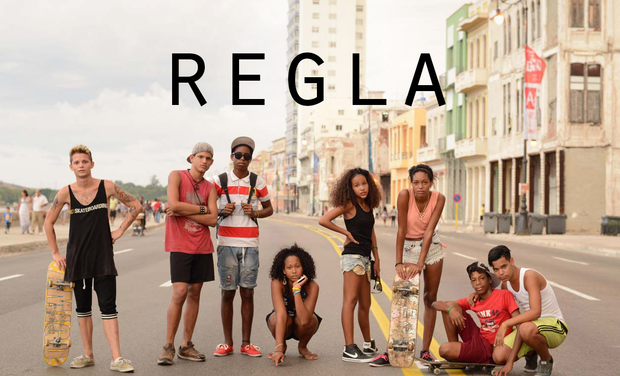 I am Nicola Lo Calzo. I work as a photographer on the concepts of identity, minority and counter-power.

I take a close look at marginalized groups (by class, gender, sexual orientation or race), their strategies for survival and resistance.  My work has been published by The New Yorker, Le Monde, the Times, Internazionale and other international media outlets.  This project, for which we are soliciting your help, will be my fourth book after Obia (Kehrer), Inside Niger (Kehrer) and Morgante (Alinari).

For nearly five years now, I have been working on an on-going, long-term research project, Cham, documenting the multiple lineages and the various manifestations of the memories of colonial slavery, of the resistances to it, of its abolitions. I document these memories because they create life, because they irrigate our present with wisdom and knowledge of the other that is essential to us. This quest brought me to the West African coasts, to the outskirts of Port au Prince, through the Mornes of Guadeloupe, to the forgotten neighborhoods of New Orleans, to the banks of the Maroni River, to the periphery of Santiago de Cuba.

With Regla, I reveal a little-known reality of Cuba.  Through four different journeys between 2015 and 2016, I was able to tell the story and photograph the existence of spaces of freedom and resistance that are defined by the practices and relationships to the world of Afro-Cuban communities descendant from slaves and are embodied as much in secret societies and secular brotherhoods as in the young urban movement of raperos.

In Cuba, the word regla is charged with meaning. Above all, it is the name of the port city Regla, located at the periphery of Havana, one of the most important religious centers of the country.  Regla also refers to the three major Afro-Cuban religions: the Regla de Ocha (ie the Santeria), the Regla del Palo (ie the Palo World), and the Regla Abakuà.  Lastly, in Spanish, Regla means to rule, the precept, and by metonymy, the Cuban regime.

This crowd funding will be used to cover part of the book production costs.  Regla will be published by the Kehrer publishing house, which specializes in the publishing of photographic books, in collaboration with l'Agence à Paris and the photographic agency Luz, and the precious support of the Buchet-Ponsoye Endowment Fund.

Regla was exhibited in 2016 in France at the Festival Portrait(s) in Vichy, and in Cambodia at the Angkor Photo Festival.  An exhibition is being prepared in Bogota with the gallery, La Balsa Arte, as part of the Fotografica Bogota Biennale 2017.

(Exhibition of Regla at the Festival Portraits in Vichy in 2016)

The book Regla is a continuation of the book Obia (on the maroon communities in French Guyana and Surinam), with the objective of constituting a homogeneous collection of all the photographic works that are part of my on-going and long-term research project, Cham.  For this reason, the format of the book remains the same: 19x24cm.

The book is organized in two main parts, an iconographic section and a textual section, each printed on a different type and texture of paper.  The texts will be written by several authors, including Nancy Morejon, poet, essayist, literary critic, and translator of French and francophone poetry, who will bring their examination and point of view on the photographic subject as well as on my approach in order to further understand the societal questions raised in this work.

(a double page of the book)

The photographic narrative develops as follows: the memory of Maroon culture, the comparsas of the santiaguero carnival, the secular brotherhoods Cabildos de nation africana, the families of Santeria and Palo monte, the freemasonry, the secret masculine society Abakuà and in finishing, the hip hop movement.

(a double page of the book)

(Leandro showing the publication of Regla in Libération)

(Publication of Regla in the Italian magazine, Internazionale, 2016)

(Publication of Regla in the American magazine, Smithsonian, 2016)

Regla is supported by:

1,500 copies of the book Regla will be printed.

The funds raised will serve to cover part of the production costs (offset printing) of the book.  The printing will be done in the historical printing houses of Heidelberg in Germany.

The book has the following characteristics:

Warm thanks! And a set of 3 postcards (A5 format)

Warm thanks! And a copy of the book, Regla, signed by the photographer and delivery by post (please add 5€ for delivery outside of Europe) You can also collect your copy in person during the book signings to be organized in France and in Italy (dates to be confirmed).

Warm thanks! And a copy of the book Regla signed by the photographer, delivery by post and a fine art print (format 14x18cm), numbered, dated and signed (special edition of 15).

Warm thanks! And a copy of the book Regla signed by the photographer, delivery by post and a framed fine art print (format 20x24cm), numbered, dated and signed (special edition of 4).