The Downtown Merrylegs and BDLP are teaming up to record and produce our next album! 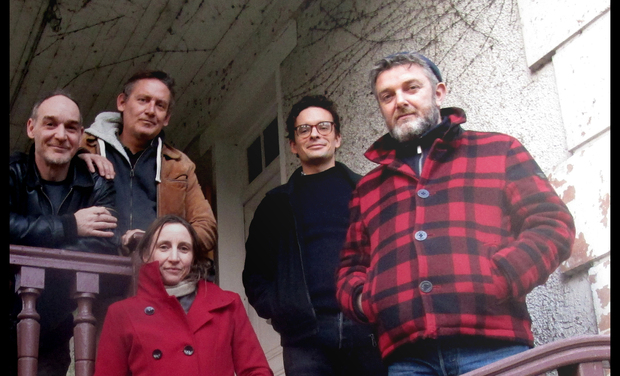 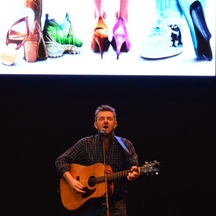 Welcome to the wonderful world of "The Downtown Merrylegs"

For those of you who don't know us, we're a five piece Folk-Rock band based in Paris. My name is Charlie and i'm very fortunate to be accompanied by the considerable musical talents of the wonderful Melissa Cox on violin, Hubert de Leusse on guitar, David Weeks on bass and Thomas Gromb on drums.

Describing us, people have said..

"...a cosmopolitain soul with an underlying british feel."

" A beguiling collection from a singer-songwriter of real stature"

but it's difficult to know who to believe these days, so if you'd like to have a listen for yourself, you can here :)

Recording the new album and making the Cd!

I've been working away on lots of new songs recently and since our newfound ( albeit limited ) freedom, we've been excitedly rehearsing them and looking at the fine detail and arrangements. There's a new feel and sound to these compositions that i think you're going to like, and we're really looking forward to getting into the studio to start recordings for the next album.

The majority of these songs i've pieced together while in lockdown in a little village an hour or so south of Paris, and very close to my good friend Nico Grivot's, legendary "Le Bar de la Plage" in Saint Arnoult en Yvelines.

Over the years the BDLP has become an important live music venue, not only for the region: it has also become a regular stop off point for touring artists from around the globe, who are regularly applying for a place on the busy schedule.

It is also a bar in it's own right, situated in an incredible setting of ancient trees and nature, with a fresh water olympic sized swimming pool built by Nico's father back in the 1950's. It's right outside the door of the bar, attracting people from all over the region and beyond.

A faithful public comes for the music and the setting, but also for the warm welcome and openness of theirs hosts Nico & Kelly. They can experience the feeling of authenticity and the almost "otherworldliness" of this independant and exceptional bar, which is a refreshing change from the run of the mill and multi-national owned pubs, clubs and cafe's of our times.

I first met Nico playing his fiddle in Paris back in 96 and after doing a few bar concerts together, we decided to start a group as some of you will know, and it was also at this time that Nico first started experimenting with recording.

Nearly 25 years later and with a wealth of experience from having recorded many different bands of various styles over the years, he's developed into a talented sound engineer. With his scientific background from his earlier studies at University, he has a broad scope of knowledge on the subject.

Alas, due to the Covid-19 pandemic, the majority of our concerts have been cancelled this year, along with my weekly Open mic in Bastille, and of course the BDLP hasn't been able to open it's doors to the public either. So we've decided, hopefully with a little help from you, to join forces and turn BDLP into a recording studio for some of July, August and September, and record The Downtown Merrylegs 2nd album there. Meaning we can put this time to good use, and also give a helping hand to Nico, his family and to one of our favourite places too.

Together we've calculated that for the recording part of the project Nico would receive 3000 euro's, which would include his time over a 6 or 7 week period and occasional accommodation for musicians.

For our part, i've calculated 2000 euro's for mixing and mastering.

If we were somehow to exceed this target, any extra funding would be put to good use for publicity and the making of video clips.

Of course we're all really looking forward to things getting back to something resembling normality, and you can be sure when eventually this happens, you'll all be invited out to BDLP once again for our release party concert and to join in and enjoy the live music and ambiance of one of Ile de France's most exceptional venues.

Surely something that has to be worth supporting!

Many thanks in advance and looking forward to hearing from and hopefully seeing you soon.

The Downtown Merrylegs new album on Cd and download

The Downtown Merrylegs brand new Cd album delivered to your door in time for Christmas and the download as soon as it's released!

“This is an album to savour, to listen to over and again and to drift away in the sound, it’s one for sundrenched days and cloudy nights. It’s one that you will love, just for the sound, just for the soul”. --- Adrian Bloxham in louderthanwar.com “I'm three songs in and loving it. Right in my wheelhouse.... I hear some rootsy early Americana meets Paul Weller... honest, soulful, subtle, powerful and melodic." --- Brian Charles. Record Producer, engineer and musician.

We teamed up with the excellent group "Automne" last spring to record the video and single "L'amour du vin". My second song in French which is all about the joys of wine and song in the beautiful city of Paris!

All the above plus 4 copies of the new Cd!

What better Christmas present than a beautiful, unique and original Cd for your nearest and dearest.

All the above plus a solo concert!

"Double up" to a duo concert including all Cd's and downloads!

Aka "The Downtown duo" featuring the wonderful Melissa Cox!

All the above plus a 4 hour personal guided tour of Paris!

For anybody visiting Paris, a 4 hour tour of the city with Charlie from midday until 4pm, 4pm until 8pm, or 8pm until the witching hour! ( The Downtown Merrylegs take no responsiblity for anything that happens once the sun goes down! )

All the Cd's and downloads plus a live concert!