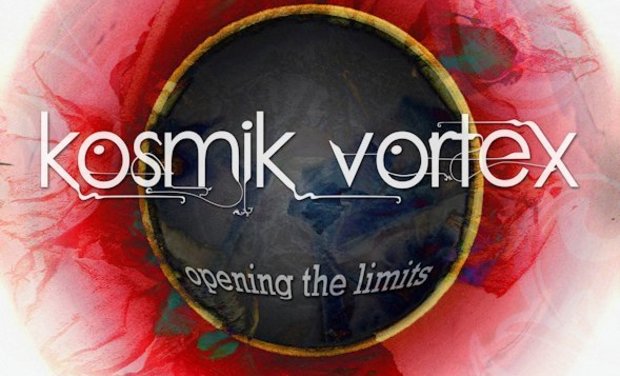 Hello to all the Kosmik Kissbankers !

We are an avant-garde music band who plays rock psychedelic opera after having been exposed at a high volume to Jimi Hendrix, Black Sabbath, Sonic Youth, Miles Davis, Klaus Nomi, Nina Hagen, Pink Floyd, Metallica, Magma, Led Zeppelin and many others.

We are researchers, artists as unusual as our music is.

It started as a duo in Berlin and the project evolved until to have a mature quatuor in 2015.

With Julie Deletoile at vocals, SebLee DoubleSix at the guitar, Dominique Chanteloup at drums and Nico Baïa at the  bass we pass on this experience on stage at a high performance level and the feed-backs of our four first concerts in our area were prouving it to us.

But actually we don't have any quality video which can transmit correctly the energy, the transe and the musicality that makes a Kosmik Vortex show so special.

That's why we decided to make a very good quality video of the track "Black laces" in live conditions.

We will go for that to the studio La Perrée with Faunebox at the camera for this video clip.

Of course we would like to have a very good movie so we have to gather all the necessary means for it, and that's why we need you.

So why would you support such a project ? Yes, why ?

Because you need, we all need, to share together that big shiver that makes a rock'n'roll show so exciting.

You need this powerful feeling that makes you get goose bumps and stick you down to the ground, the thing that when it's going  through your both ears gets your neurons into the Lotus posture, haunted by a voice that would make you cross the Arctic Field naked in winter while screaming...

We saw our public making this experience at the Kosmik Vortex concerts.

That's why we want videos that relay our concert feeling perfectly to you.

It will also help us to promote the band to festivals, labels and agencies

And by contributing to this project, you also contribute to the

independance of music production, and therefore, to the cultural freedom.

Dear beloved public, friends, pals, family, worshipers trapped by the avant-garde culture, spellbounded by furious soli, live music and rock'n'roll.Kosmik Vortex is the bridge, the cosmic vortex that must pass on the torch of the seventies rock  totally renewed itself by a modern vision.

If the goal is overtaken:

The previous reward + the video clip of the track "Black Laces" in digital copy and limited edition with our personal thanks inside.

The previous rewards + the video clip "Back Laces" on a home-made autographed physical cd sended at your house. + the KosmikWave autographed member card that authenticate you as fan club member.

Previous rewards + the invitation for one person to one Kosmik Vortex concert + the invitation to come with us on stage to be thanked by the public and us as a without a glitch kosmik support.

All the previous rewards + we come everywhere to play for you in metropolitan France, in Germany, in the UK, in Belgium, in Netherlands and in Swiss with the sound equipement if you got a venue ( and the lights )able to welcome a Kosmik Vortex (max 100 persons). Make shure you've got many earplugs for the audience. You have also to provide food, drinks and the accomodations; our transport costs is at our charge. If you want a concert with more public than 100 persons, you got to provide the sound and lights equipements with the two technicians needed.