To support "Mac Abbe and the Zombi Orchestra" in their upcoming projects (album, video music...), and to save your soul: GIVE MUCH! 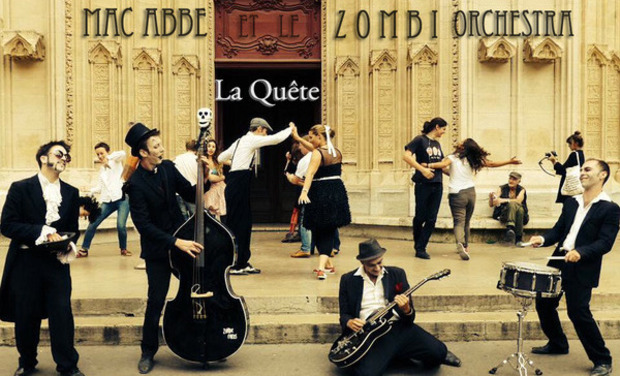 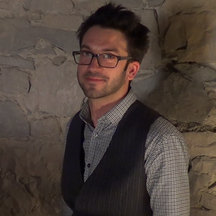 Mac Abbe and the Zombi Orchestra (MAZO) embark on a new album due out in June 2014. Much of the next titles are already written, and musicians are locked in a crypt until the arrangements and melodies wake up the dead. The studio is selected (Studio E), the team found, and full of absurd ideas germinate in Mac's head abbot. The monsters factory is in action, we just need your financial support to transform the nightmare into reality. Stand up the deads, take part in our return to earth.

For this new album you will find the Mac Abbé's (Julien Regnault) text sharp and sly, the refined harmonies of his faithful and unbearable pianist (Quentin Delaplace), the swing arrangement of the hilarious Vincent Perier, doubled its unsuspected clarinet improvisations. And you will be pleased to discover the wonderful Vincent brothers with the Clement's incandescent melodies on guitar, and the Alexander's furious rhythmic on drums. These two musicians have played previously in the band "Poutrelle Fever", and bring to the Zombie Orchestra's world a kick-ass rock'n'roll touch. There will of course other guests, but ... this is a surprise.

With his experience and his encounters Abbe Mac and the Zombi Orchestra prepare an album rich in influence, that will make the junction between the morbid humor and exciting rhythms like no other.

Your contribution will allow us to develop especially the world of Zombi Orchestra through music video (such as "La fabrique de monstres"), but also many other media (website, book, web series...). Many ways and qualified people are ready to take part in the adventure. They miss us more than your help, finally more precisely your money. That is why we are launching this contribution, we hope to far exceed the objectives so that our craziest ideas have a chance to exist. Believe me, we will be eternally grateful, until gradually we have totally forgotten you, to finally despise you again. and remember: DON'T WORRY, BE ZOMBI!