What if you only had 30 Days to realize your passion? Would you be willing to sell your soul for Fame? "What would you do?" Help us Make it! 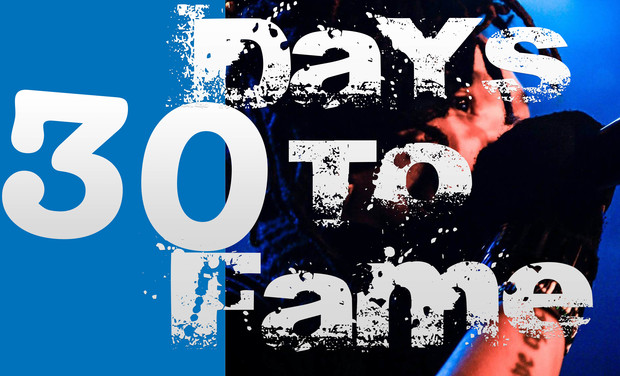 "Fake it till u make it when good isnt good enough"

Are you Famous...why arent you famous yet?

The question that every independent artist cringes upon hearing.

Even with tremendous talent and work ethic somehow its a trick to catching a big break!

How does one pursue a career in entertainment without also seeking fame?

Fame validates the artist in the eyes of the audience and makes some one fame  life altering.

Even if you are repulsed by the idea of fame hungry celebs one is still allured by the brightness of stardom and its unattainability for mere mortals :/

The conondrum presents itself for a unknown artist... To get paid to do what you love one must seemingly be famous, and to be famous one must be booked for big gigs that pay and appear to be an already famous celebrity elite.

the result is a How to guide for Those that deserve to make it!

This web documentary is about an american rapper/actor that moves to paris to record an album.

The process of recording a Hit Song as "MyRoommateThe Rapper"

She has to navigate the seedy realm of male dominated recording studios "Gender Defiant" with the pressure of recording an album in 30 Days!

Will she make it?

"To survive I must earn enough money to pay for studio time and get the project completed in 30 Days!"

and in its live manifestation of performance of the songs!

The setting takes place in an artists collective in Paris and various home studios and professional mixing locations.

Document the process of the production of Fame

Sellursoul.com  is a satire about a rapper that no one has ever heard of in Europe that goes to the epicenter of the illuminati to sell her soul for fame after reading a facebook message asking her to help sell the souls of poor african kids to get rich and famous. Ever watch an accident just to witness the damage and carnage?

This documentary of an artist that only has 30 Days to finish recording an album to get famous.

Couch Surfing while  in Europe willing to sell souls on the internet to get the money to finish her own project. She sells souls of the willing to get famous while in the process of youtube success sneaks into the illuminati meeting and records the ceremony and documents all of the historic masonic architecture and places with creepy illuminati statues.

is there a checklist for fame?

How to cheat Chapter one SellurSoul.com eBook password illuminati

Here are the hidden costs of achieving fame :

For $400 extra your single emailed to Serato/White Label's 115.000 DJs w/ report (normally $600) DELUXE SINGLE CAMPAIGN ($1,000)  Looking to make a lasting mark at college radio and specialty mixshows with your single? This is for you. Press release containing single download link and info emailed to 10,000 DJs and music directors, blasted in conjunction with Def Jam and RapAttackLives). Two reports detailing your single’s progress Hardcore followup with key DJs/directors making calls to radio, getting on playlists, chart placement, feedback COMMERCIAL RADIO SINGLE CAMPAIGN (prices start at $5,000, inquire for details)  For artists serious about getting their single on commercial mixshows nationwide. MEDIA ALBUM CAMPAIGN ($3,000)All promotion for the album’s accompanying videos/singles. Shooting videos for every song? We’ll push them all.  Each accompanying single pushed to our network of 5,000 college/Mixshow/club DJs and music directors. Pre-release album review/interview push to all relevant magazines, sites and writers  One-on-one followup efforts with all focus recipients Tour dates? We contact all relevant local media and coordinate previews, reviews and interviews  Videos pitched to MTV, BET, Fuse and all networks (additional charges involved)  Youtube/Facebook channel optimization. Twitter account building. Shopping of all sample-free songs on your album for licensing and placement COLLEGE RADIO ALBUM CAMPAIGN (complete 450+ mailout $3,000 | fee does not include mailing and packaging) Clean promo CDs mailed to hundreds of college radio music directors in U.S., Canada and Europe  One-on-one followup with all recipients to secure airplay and interviews | CDs replicated in-house TWITTER ACCOUNT BUILDING ($125 per month)  Tell us which user's followers you'd like to follow you. We'll make sure some of them follow you - guaranteed. No fake followers. STREET TEAM PROMO (starts at $500 per market)  Distribution of promo items at events, clubs, parties, venues in 20 major US markets including Miami, New York, Southern California, Phoenix, San Francisco, North Carolina, Virginia, Atlanta, DC, Boston and more NIGHTCLUB PROMO (starts at $500 per market)  Promoting and breaking records at clubs in the same markets as above