Help us find the pirates of the Indian Ocean! 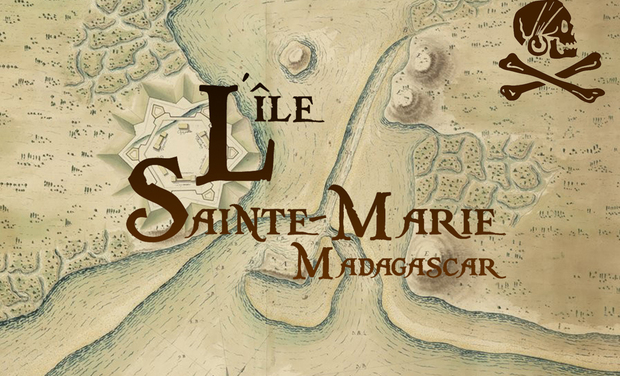 In search of the pirates of the Indian Ocean

In 2021, the Association Archéologie de la Piraterie (ADLP), an international archaeological research team, is planning an ambitious archaeological mission to Sainte-Marie Island in Madagascar with the aim of discovering pirate land occupations dating back to the end of the 17th century as shown by ancient plans while re-examining the underwater remains of a pirate ship wreck dating back to the 1720s.

The archaeology of piracy is a recent discipline that has been conducting archaeological research and excavations between the east coast of the United States, the Caribbean and the Indian Ocean for the past fifty years. Today, only a handful of pirate wrecks have been discovered, identified and often partially excavated. However, other research has been carried out on land-based sites, including remains of campsites on the coast and architectural elements related to defensive systems. The study of the archaeological furniture related to these installations is also in full expansion.

A team of French and international researchers has therefore decided to create in 2019 an international research program dedicated to this archaeology of piracy of the 17th-18th centuries in order to enhance the investigations in the field and future research. This research program brings together several main missions of exploration and study, from the Caribbean to the Indian Ocean, the team's publications and communication tools.

In full development, the terrestrial investigations aim at detecting coastal occupations in the Caribbean and Indian Ocean in connection with freeboard installations. For example, on the island of Saint Martin, recent excavations have brought to light what strongly resembles a freebooter ephemeral camp serving as a careening area. But it is research targeting defensive systems in the Caribbean or the Indian Ocean, thus touching coastal contexts linked to piracy, that appears the most promising. Going in this direction, the forts of Santo Domingo and more precisely of Turtle Island in the Caribbean but also of Sainte-Marie Island in Madagascar have already been highlighted through hagiographic sources, archives and plans drawn up in the seventeenth and eighteenth centuries. The organization of future missions of exploration and prospecting will bring frank archaeological perspectives for these high places of piracy.

The study of Ambodifototra Bay located on the southwest coast of Sainte-Marie Island, itself situated on the northeast coast of Madagascar, is at the heart of this archaeological research project. The interest to explore and study this bay is linked to the pirate or freebooter occupation between the years 1680 and 1730, an installation attested by numerous writings, archives and plans, dating from the end of the 17th and the first third of the 18th century. Indeed, this bay is known to have been one of the main pirate hideouts in the Indian Ocean during this period with the establishment of durable camps made of perishable materials, the creation of a port, fortifications and batteries, and the development of trade with pirates and merchants from the Caribbean and New England. It will also be important to try to measure the impact of these freebooters on the environment and on the local indigenous populations in order to better understand the history of the bay.

In 2021, the Association Archéologie de la Piraterie (ADLP) is planning an ambitious archaeological mission to Sainte-Marie Island in Madagascar with the aim of discovering pirate land occupations dating back to the end of the 17th century as shown by ancient plans while re-examining the underwater remains of a pirate shipwreck dating back to the 1720s.

The aim of this archaeological mission is therefore to try to bring to light the material remains of these developments through field research, in particular initially by pedestrian, aerial and underwater prospecting, and secondly, by setting up a land excavation according to the results of the prospecting. Numerous plans and manuscripts (ANOM, Service historique de la Défense) attest to the presence of these pirate occupations in the bay, in particular numerous fortifications and batteries. In addition, controversial American investigations between 2000 and 2015 have brought to light many underwater remains associated with a large quantity of archaeological objects most probably linked to the wreck of the pirate ship the Fiery Dragon sunk in the bay in 1721 and belonging to the pirate William Condon alias Christopher Condent, also named Edward Congdon.

Two major objectives are therefore at the center of the mission:

- To discover and begin to excavate the bastions and fortifications built by the pirates to defend the bay from attacks by the French and English Royal Navy.

- Re-examine the wreck of the supposed Fiery Dragon, ship of pirate Christopher Condent.

Ilot Madame in the bay of Ambodifototra, Sainte-Marie Island (Madagascar) which, according to ancient records, was used as a refit by pirates (J. de Bry)

Sample of archaeological furniture from the wreck of the supposed Fiery Dragon (J. de Bry)

This first archaeological mission on Sainte-Marie Island will be divided into two campaigns. The first will take place in April with a deployment operation of UAVs equipped with LIDAR beacons that will scan most of the non-visible terrestrial remains. The second will take place in November and will aim to carry out foot surveys and the first soundings on the archaeological sites discovered.

If the mission is successful, it would be the first pirate hideout ever discovered in the Indian Ocean!

This archaeological research will be followed by a film crew from the French production company GEDEON Programmes, specialized in archaeological documentaries, which will produce a film scheduled for release at the end of 2022 for broadcast on the Arte channel.

To succeed in our venture, we need your help. Take part in the mission and live this adventure in real time!

Depending on your donation, you can benefit from :

- For a donation of 15 euros: registration to the blog of the expedition

- For a donation of 25 euros: previous counterparts + a poster of the film,

- For a donation of 50 euros: previous counterpart + a DVD of the documentary

- For a donation of 100 euros: previous counterparts + a place to attend the preview of the film

- For a donation of 200 euros: previous counterpart + a book "The Archaeology of Piracy" autographed