"A Short Story" is both a photobook by Thomas Boivin and an original music album by GoodBye Ivan and Alexandre Varlet. 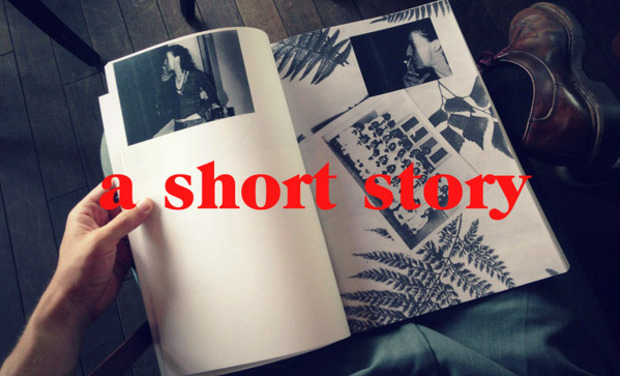 A Short Story is a photobook about a love story that lasted 12 days, over a period of 4 months and 4 citys: Matera and Reggio Emilia in Italy, Paris, and Lisbon. Carefully designed by Florent Pierre, inspired by the 50s and the 60s modernism, it brings the story telling close to both "roman-photo" and cinema, as well to some classic photobooks such as Love on the Left Bank. With the idea of building bridges between reality and fiction, the book icludes an original soundtrack composed by Goodbye Ivan with the collaboration of Alexandre Varlet.

Both book and music together create a narrative of an intimate experience that may echo in everyone's imagination of what love can be. The idea behind is that our vision of love is not only the result of our own experiences, but also of what has been passed on to us by books and cinema. But, if the book clearly echoes cinema and fiction in its graphical form, the story told and it's original material remains the outcome of an unexpected encounter, one morning of april in an Italian square.

Thomas has published 3 books: “Portrait d’une jeune femme” is self-published and can be bought on his website (www.thomasboivin.com), “Marseille/Mer” is published by Seriti (http://www.editions-seriti.com) and “Floating” by Akinabooks (http://akinabooks.com);

Goodbye Ivan is Arnaud Ivan Sponar, a French multi-instrumentalist and producer who lives in New York. Seduced by the cinematic qualities of his first two albums, "The K Syndrome"(2009) and "Intervals" (2011), Pascal Greco asked him to compose the music for his film "Nowhere" in 2013. The same year, he co-produced French musician Alexandre Varlet's eponymous album and collaborated with Simon Huw Jones (And Also The Trees). www.goddbyeivan.com Alexandre Varlet is a French singer-songwriter living in Brittany, France. His first album "Naïf Comme Le Couteau" (BMG) was released in 1998. Inpired by the 80s post-punk and folk scenes, his fifth and latest album, "Alexandre Varlet", was released in 2013 on Les Disques du 7ème Ciel. www.alexandrevarlet.com Les Disques du 7ème Ciel is an independent record label based in Paris, France. They release records from musicians they like both as human beings and as artists regardless of style or status. www.7ciel.net