A photographic project on an ancient Carnival of the italian Alps. It took me over two years. I wish it became a book! 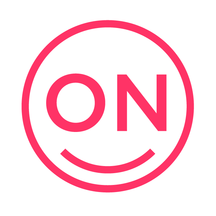 <p> I am an italian photojournalist and a documentary photographer. I’ve realised works in different parts of the world, in the last years I became interested in my native Country. And it is here that in late 2011 I’ve started the longest project I have ever made since now: "A winter' s tale".</p> <p> A photographic project on an ancient Carnival of the italian Alps. I was granted exceptional access to the heart of a community which is notoriously closed. I wish it became a book!</p> <p> The first part of this work was awarded with two honorable mentions at <a href="http://www.photoawards.com/en/Pages/Gallery/zoomwin.php?eid=8-55338-13&amp;uid=&amp;code=Deeper%20Perspective" target="_blank">International Photography Awards 2013</a> in Los Angeles and was shortlisted as finalist at <a href="http://www.accademiapulia.org/en/whats-new/photography-award-2013-the-winner-is-announced.html" target="_blank">Accademia Apulia Awards</a> in London and at Picturing the World Family Awards in Sidney.</p> <p>  </p> <p> THE STORY</p> <p> In a green valley, amongst coniferous forests and alpine pastures, the village of Schignano embeds itself in the poor mountains that face Lake Como. One of the most ancient traditions of Schignano is surely the Carnival, which is celebrated every year in a very peculiar, nay, unique way. The Carnival period starts in December and ends on Shrove Tuesday, and walking around the tiny streets of the village one may run into the various masked figures. The feast culminates with the parade on Shrove Tuesday, when all the protagonists silently compete with the display of their clothes and their pantomime, each one trying to render and make the best of the spirit and tradition of the Carnival. The parade, full of allegories and symbols, depicts the farewell of the men, who have to leave village one again towards their migrant destiny. The Carnival of Schignano, in fact, sinks its roots in the past, common to many villages of the region, when the men used to leave their homes and families for nine months a year. They only took an empty suitcase with them, with the hope to be able to fill it up for the day of their return back home. The end of the Carnival thus enacts the departure of the men and the solitude of the women. A spontaneous festival, anarchical, with no rules nor written laws, that continues to live only thanks to the people’s spirit and to the artisans who cave the characteristic wooden masks.</p> <p>  </p> <p> THE BOOK</p> <p> The book will be realised in double language both in English and in Italian.</p> <p> The book is curated by Emanuela Mirabelli (Photoeditor of MarieClaire) and designed by <a href="http://studiolabo.it/" target="_blank">Studiolabo</a>. Texts by Maurizio Pratelli, Emanuela Mirabelli and Luca Galli.</p> <p>  </p> <p> I created a spin off book you can buy to finance the project. "Pig" is a story about the other crucial moment of mountain life; the killing of the pig at the beginning of winter.</p> <p>  </p> <p> The Art Edition offers the unique opportunity to buy an original wearable wooden Mask made by one of the most important Schignano' s sculptor.</p> <p>  </p> <p> <img alt="Mattia_vacca_winter_1" src="https://kkbb-production.s3.amazonaws.com/uploads/project_image/image/58174/Mattia_Vacca_Winter_1.jpg"></p> <p>  </p> <p> <img alt="Winter_tale_web_6" src="https://kkbb-production.s3.amazonaws.com/uploads/project_image/image/63755/winter_tale_web_6.jpg"></p> <p>  </p> <p> <img alt="Winter_tale_web_3" src="https://kkbb-production.s3.amazonaws.com/uploads/project_image/image/55786/winter_tale_web_3.jpg"></p> <p>  </p> <p> <img alt="Winter_tale_web_5" src="https://kkbb-production.s3.amazonaws.com/uploads/project_image/image/58370/winter_tale_web_5.jpg"></p> <p>  </p> <p> <img alt="Prova_web_1" src="https://kkbb-production.s3.amazonaws.com/uploads/project_image/image/55784/prova_web_1.jpg"></p>

<p> The crowdfunding will support the book production, this will be published and distributed in Italy and abroad. The book will be 21x30 cm, hardback cover stitched with cotton   thread, square back, capitals, cardboard 3 mm.</p> <p> The book will consist of approximately 100 pages on Garda Kiara coated opaque paper, gr. 170, in double language Italian and English, with print run 1000 copies.</p> <p>  </p> <p> <img alt="Copertina_kisskiss" src="https://kkbb-production.s3.amazonaws.com/uploads/project_image/image/65570/copertina_kisskiss.jpg"></p> <p>  </p>

Many thanks and insertion of the own name into the book.

"A Winter' s Tale" book signed + spin-off book "Pig" + postcard with a personalized inscription + insertion of the own name into the book. FOR INTERNATIONAL SHIPPING PLEASE ADD 10

"A winter' s tale" Art Edition book - signed and numbered + hand made wood box + Original wearable wooden Mask made by one of the most important Schignano's sculptor with hand written certificate of authenticity signed + Collector’s Fine Art print on Hahnemuhle paper of an image selected from the work in 50x50 format, autographed and numbered in an edition limited to 15 copies + extra book "Pig" +10 postcard set + postcard with a personalized inscription . + your name included in the page of acknowledgements

100 copies of "A Winter' s Tale" Book standard edition + The logo of your company, association or NGO will appear in the book