Help finance About Luke's first album. Songs about love, often. About other things, sometimes. About me, always. 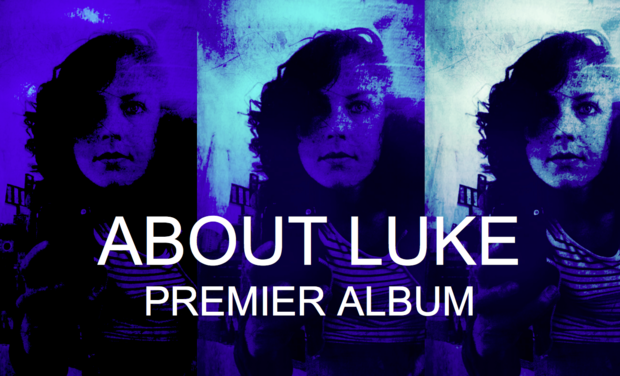 My name is Julie Roué.

About Luke is a solo electro-pop project started in 2016

I compose music for films. Music for stories that are not mine, which I enter for a while and then leave for another one. After ten years of telling the stories of others, it is time to tell mine.

At 7, I played scales on my piano. At 14, I sang in breton in a choir. At 15, I played irish reels on the uilleann pipes. At 18, I wrote songs of love and despair on a lamenting guitar. At 23, I mocked pop-rock in a girls band named Digiputes. At 24, I studied harmony and orchestration. At 30, I started studying indian music and learning the tabla.

Music is the reflection of my moods. I use the different instruments and styles the way a painter uses his colors. About Luke's album has the colors of 2016. Dark blue, with a obsession for the quest for simplicity.

The twelve songs of this album were written at two separate moments : the first one in Brittany, in the west of France, during summer, under the incredible sky of the Kernic bay ; the second one in New York City, my second home, right after the presidential election, between Thanksgiving and Christmas.

You can hear some mock-ups.

There is still a lot to do :

- correcting my text and pronunciation

- recording my voice, and finding the appropriate microphone for each song

François Clos, who produces albums for independent bands like Les Marquises, Tigers can swim, Shoefiti and Minors, who records and mixes concerts for La Blogothèque, and who is a long time friend, will produce the album. He will give it his unique experimental and explosive touch. He will change my fragile mock-ups into well produced tracks, with the talent and imagination he gives to everything he is involved in.

The recordings will take place in February and March 2017, the mixing and mastering in April. We hope to release the CD in June.

To know where we are in the process, check on Facebook.

Why asking for your support ?

Because writing songs is great, but sharing them is better. Asking for your financial help also means inviting you to follow the progress of this project. Knowing that you are waiting for the release of the album, and that you may talk about it to your friends and family.

I am not a stage artist and I don't want to be one, so these songs will only exist on CD and streaming websites. To exist, they have to be shared and listened to. By you.

The money will be transferred to my personal account (Julie Roué) and distributed to the participants.

What if there is more money ?

The extra money will be used to organize a release party. This concert will be the only one. I would love to make it a big event.

And if there is some money left, I will make a music video. Today, music videos are the best way to share music on Youtube and social networks.

Thank you in advance for your support. I hope you will like these songs and be part of the trip.

2 CDs included a signed one

the previous gifts + a personalized visit of the album backstage

the previous gift + a custom-made song for your birthday