Alamor" a touching and dreamlike show for everyone Support for the recording of its original music. Invest in young artists! 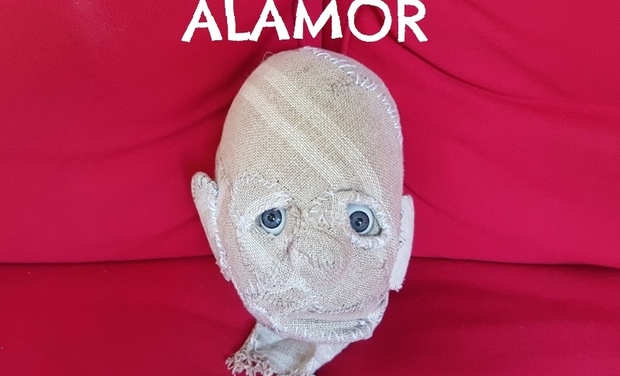 Hi! Small but very dynamic, the company Jordi-Vidal creates a large variety of projects in the stage arts. Today she joins forces with the young composer Virginie Tasset to offer to her latest creation, Alamor, an original and moving music.

Alamor is a multidisciplinary show where dance, theatre and puppetry come together to tell an encounter with an extraordinary character: Death.

With the two protagonists and the puppet, we travel with tenderness in a dreamlike world, with joy and conflict, with dreams and humour. The music resonates with the visual approach of the show in an intimate dance of emotions.

Alamor is a show for everyone from six years old. Its universal theme and its physical language (without words) facilitate its international appeal. The show has already received several marks of interest from Spanish, French and Belgian programmers! It is also shortlisted at the prestigious “Rencontres Théâtre Jeune Public” Huy, Belgium.

... They believe in us! The project is supported by the Espace Catastrophe, SACD, Wallonia-Brussels-International and Wallonia-Brussels Theater / Dance. It is also co-produced by the Ministry of Culture (interdisciplinary department) FWB Belgium. In addition, during the many residences with our partners (Espace Catastrophe, Roseraie, Cie la Casquette, Théâtre de la Montagne Magique, the Maison de la Création Brussels-North, Archipel 19 / the Fourquet, the Puppet House of Tournai), the show received a lot of positive and constructive feedback.

"By composing for Alamor, I was inspired by the particular world of the show where dreams and madness coexist. Sometimes soft, sometimes rhythmic, the music borrows from the cello its generous tone, close to the human voice to combine it with other sound materials. Sketching landscapes, she invites to travel: an imaginary journey in the intimacy of the human soul. "

From the evocative strength of the music and of its influence on the human soul, the human will reveal itself in its moods, communication abilities, failures and imperfections, showing the greyness and brightness of emotions at its most sensible gravity.

In order that the show will be successful, it needs original music.

It is indispensable and inseparable to the project: it invites the public to dream.

But alas, the production costs (recording, editing and mixing) are considerable...

We need you to reward the artists who created this recording: the cellist Eugénie Defraigne, the composer Virginie Tasset and the sound technician Matthieu Calant.

These young artists deserve to be supported: throughout the creation they showed a strong commitment, professionalism and enthusiasm.

No doubt that they will realize this recording with passion!

All your contributions will reach them directly and exclusively.

Help them realize their dream!

If we exceed the targets, the extra money will go to lighting technician and the costume creator.

We invest in persons!

Please find here the details of the budget:

A free download of the original soundtrack + previous counterparts

A free learning of a fun choreography that you could dance with your friends at an event like a flash mob, wedding, birthday… (if outside Belgium, travel, per diem and accommodation for 1 person will be at your charge) + previous counterparts

Free participation in one of our dynamic and interesting workshops in dance and physical theatre, lasting 5 days, for anyone who wants to explore his creativity with movement + previous counterparts