Alesia Cosmos is back !

Support our musical creation at the garage: chisel the metal sheets, blow the pipes, scratch the strings, beat the synths, push the voices!. 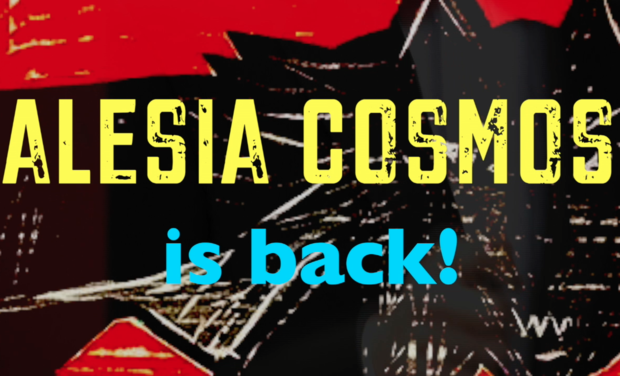 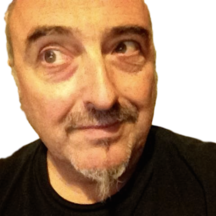 Alesia Cosmos is back !

Done ! Big success for our concert at the garage : 100 happy listeners attended this new episode of the saga. An inspired travel in sounds by Alesia Cosmos.
You can even contribute today : we need your support !

In the 80s, Alésia Cosmos was one of those pioneering groups that invented a lot of things: electro crossbreedings, shifted pop, uprooted funk ... With some little synths, reversed rhythmboxes, magnetic tapes, crazy guitars and hallucinated voices, AC rocked the underground for 4 years, with 2 albums and concerts in France and Europe. The dazzling epic of the magic combo has become legendary in the margins of European new music.

View the story of the group before, during and after it's life: https://alesiacosmos.com

Today in 2019, the 2 albums are reissued on vinyl. The first opus Exclusivo! came out last year on the Californian label Dark Entries Records. The 2nd, Aeroproducts was a box containing an LP and a half. It is currently being reissued on the French Rotorelief label. It is remastered, with an unprecedented 4th Face and a new design, which crowns this explosive production.

An exceptional concert on Saturday

On this occasion, the hard core of the group decided to come back live. Circumstance was exceptional, so the concert was also: no way to simply go back on stage !

The concert took place in the body shop HH Services, the Mecca of the restoration of vintage cars in Strasbourg. In the middle of the boned Bugattis and old Porsches to repaint, Alésia Cosmos played in a quartet formula with instruments, vocals, electronics, tools and machines of the garage.

The concert happened on Saturday, April 27, 2019 at 6.30 pm as part of the Weekend Zone d'Art 2 rue du Rhin Napoléon in Strasbourg, France.

An exhibition and more records

Opposite, the Audiorama studio opened its doors to visitors for an exhibition of wild, animal and discographic engravings by Christophe Meyer, visual artist and accomplice of Alésia Cosmos and a record stand by Audiorama label - Saturday 27th and Sunday 28th April – 2 to 6 pm

Bonus: a performance on Sunday evening

This was our event project in Strasbourg. Admission to these two exceptional concerts and this exhibition was totally free.
You can even contribute today : we need your support !

For this project, we are invited by Zone d'Art (a place of artists' studios) and by HH Services who put the places at our disposal as part of the event Weekend Zone d'Art.
This production is done almost without budget other than a minimal participation of the organizer of an amount of 500 €.
Your support will allow us to supplement this sum to cover the technical expenses and stipends for the 5 musicians.

NB: the open-door character of the Weekend Zone d'Art event - 18 artists' studios open to the public - does not allow us to set up a ticket office at the entrance of the concerts. Access will be open for free.
If your support exceeds 1 000 €, all the better: we will pay the entire excess to the musicians.If we doubled the amount of the collection, we could pay them more stipends.

We need your support to ensure that these concerts-events exist and take place in good conditions.
Thank you in advance !

For this small fee, you bring your little stone to the building. We will be very grateful to you. But we cannot offer you material compensation. So, while waiting for the concerts, where you are obviously invited, you can browse the history of Alésia Cosmos on the website dedicated to the group: https://alesiacosmos.com And don't forget to listen to our 9 hours podcast : Planeta - the new music sound review : music, interviews, concerts extracts, the underground scene in the 80s.

For this amount of 38 €, you will be among the first to receive by mail, Aeroproducts, the second album of Alesia Cosmos, re-published by the Rotorelief French label. Marie-Berthe Servier: vocals - Pascal Holtzer and Bruno de Chénerilles: guitars, electronics, vocals - with Lotfi Ben Ayed: percussions and Pierre Clavreux: gong and vocals This is a double vinyl album of 23 tracks, the 4th Face of which includes unreleased tracks of the band, remastered, with a new design: Face A: The last line - East W East - Marienbad - So Far Again - Battler Britton - Halftrack Face B: King Kong - I.Rapid - Ripper - Tanaka Affair - The Panther of the 20th - Still So Far - Sex is Like a Cigarette Face C: Duck Dance - Love Attack - Off Cage - Global Kiss (MML2) - Udi-14 Face D: Angelina Lost in Paradise - Anniversary - On the Road Again Memorial - Horst Karman - Between Drops NB: postage is included. You will receive the album by mail. Delivery April 2019

With this contribution, you become a total fan of Alésia Cosmos, because you will receive by post the 2 vynil albums of the group: Aeroproducts + Exclusivo! All the repertoire: 34 tracks that will make you travel in this exceptional musical universe. Exclusivo! is the first vynil album, reissued in 2017 in its original design by California label Dark Entries Records. Face A: Dépassement - Patl'in d'Merde - Gaspacho - So Far - Bro Ho Tado - Le Vol du Bourbon Face B: First Funk - Sans les Griffes, avec les Dents - H-CO - Ojja / Clap - Tubular NB: postage is included. You will receive by mail the 2 albums. Delivery April 2019

Aeroproducts + Exclusivo! + a batch of 3 CD / DVD solos by members of the group

There you will reach the pinnacle! Not only do you become one of our VIP sponsors, those who will really allow this event to exist in top conditions, but you will undoubtedly discover the musical and video creations of the 2 composers of Alésia Cosmos, just before, during and after the initial life of the group. And of course you will receive in your mailbox: The 2 vynil albums + this batch of 3 CDs and DVDs. Fantomes: Saxo3 - Bruno de Chénerilles mini CD - A 21-minute live suite for a trio of saxophones and samplers - Jean-Gilles Charvot: alto sax and soprano - Yves Dormoy: tenor sax and viola - Bruno de Chénerilles: sampler and composition 11 Thema for Arte - Pascal Holtzer mini-CD - 12 musics composed by Pascal Holtzer for the Thema evenings of the European TV channel ARTE. Move Sweet Move - Bruno from Chénerilles CD-DVD - XBSex35 / Galactica musique concrète - La Vérité, un Grand Prix -hörspiel with texts by the Marquis de Sade - commissioned by Radio France, with the voice of Marie-Berthe Servier - Etude N ° 1 for sampled electric guitar - Move Sweet Move sound gestures and projected images NB: postage is included. You will receive by mail the 2 vinyl albums and the 3 CDs and DVDs. Delivery April 2019