I need you to amplify the impact of my next feature film, ANIMAL, to help stopping the mass extinction of wildlife species. 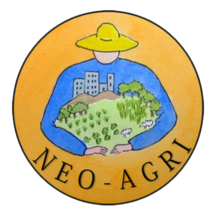 1st level attained: Fantastic. Thanks to your help, we're going to be able to finish the film, which should be released in theaters this coming September!

Now that we have a film, I want to see it make the biggest impact possible!

Here's what we'd like to do, with this next level of support:

Five years ago, I co-directed the film Tomorrow with Mélanie Laurent, to show that there are ways to solve the climate crisis. Our film has had a much greater impact than we could ever have imagined.

I've spent the past three years working on a new feature-length documentary called Animal, which tackles the other great ongoing environmental crisis: the 6th mass species extinction. Over the past 40 years, 68% of vertebrate wildlife populations have disappeared. Once again, our film will take viewers on a journey around the globe to give them a better understanding of this trend and, more importantly, what we can do to reverse it. We want to lay out another possible path for the future, restoring the hope and enthusiasm needed more desperately than ever right now.

We had secured our budget back in early 2020, but then the Covid-19 crisis struck. We have since lost three key sponsors who've been particularly hard hit by the pandemic.

So now we have to find 200,000 euros to replace their support in order to finish our film.

That's why we need you!

Tomorrow is a film that took me four years to write. A film that no one wanted to finance. A film that only exists thanks to 10,266 people who donated funding through KissKissBankBank. Tomorrow has been released in 30 countries. It has been watched by 1.2 million people in French theaters alone, driving thousands of people to take action by changing their lives or jobs or field of study. It has inspired mayors to change their cities and pushed entrepreneurs to transform their companies.

We never dreamed that the impact would be so wide, that a film could be so useful.

Over the past five years, the conversation around climate change has shifted. Climate change has become a major concern not just for the French but for all of Europe. Many countries have stepped up to make commitments that were unthinkable back in 2015.

But there is still a lot left to be done, and the environmental challenge is being increasingly honed down to a technical challenge. Reducing greenhouse gas emissions has almost become a logistical problem: how to replace combustion-powered cars with electric cars, coal-fired power plants with wind power plants, chemical-based farming with organic farming, etc.

But the environmental challenge is much bigger than just that.

And another crisis offers us terrible proof of this: the 6th mass species extinction.

The problem isn't just finding a way to stop pouring carbon dioxide into the atmosphere, but also finding a way to stop killing off the living world. Because we're not just messing up the climate, we're also destroying or polluting everything that makes this planet a hospitable place that can provide us with sustainable living conditions: air, water, soil, forests and the millions of living species on which we depend.

In 2018, I decided to make a new feature film – Animal – to shine a spotlight on this issue and, once again, put forward solutions.

The film raises three questions that have been gnawing at me for a good while:

I wanted to tell this story through the paths trod by two 16-year-olds: Bella and Vipulan (they were at least 16 years old when we started filming!).

Bella is English. She takes part in strikes and demonstrations to stop climate change, and is especially active in helping protect wildlife. She's also an ambassador for the Jane Goodall Institute and the Born Free Foundation. She's been a big animal lover since she was a little girl, visiting wildlife refuges on a regular basis and making nighttime visits to the wildlife park near her home. She's a wild one!

Vipulan is French. He's been participating in pro-climate strikes from the outset. He was with Greta Thunberg when she came to France, and has been involved in a growing number of campaigns ever since, including civil disobedience actions. Vipulan is a budding scientist who wants to become a biologist or a climatologist.

When I met these two, I wanted to know what kind of future their generation envisioned and their strategy for building it, to see if it could really work.

We put our heads together and tried to come up with ways to make a real impact on the ongoing species extinction. Actually stopping it, instead of simply trying.

We started by looking for solutions, as I did in Tomorrow And we found solutions... but quickly realized it wasn't enough. So in the second half of the film, we switched strategies. We started all over again from zero: What is the real problem?

After meeting with a bevy of scientists and philosophers, we realized it's not just about our relationship with the rest of the living world, it's also about our beliefs. It's about the story we tell ourselves about the world... and about ourselves. It's about what makes us happy.

And the idea that economic growth is our top priority, coming ahead of all else, ahead of forests and animals and oceans and the climate... is no doubt the root of our problems.

Which is why we need to come up with a new collective narrative and find a way to rebuild our bond with the other inhabitants of planet Earth.

We truly hope this film will have an impact as deep as Demain. We hope it will make people see that species extinction is an issue as crucial as climate change. We hope the film will help us change the way we look at the world, making us see the environmental movement as a true philosophical revolution, of a Copernican scale. We also hope it will kindle hordes of concrete actions, both individual and collective.

By joining forces with us on Animal, you won't merely be helping us finish a film that will hopefully interest, move and perhaps even amaze you! You'll also be helping make an effective tool for educating people and rallying them to the cause.

Beyond the financial aspect (which is important!), we'd like to build a core community of people who will help us promote the film when it comes out. Even though Demain was a big hit, there's no way of knowing if Animal will be equally well-received. Pulling viewers into theaters is always hard work for a documentary. And it's going to be even harder with the coronavirus and the explosion of streaming platforms.

The cost of our film is 2.4 million euros, quite a hefty budget for a documentary. This is due mainly to the fact we're making a real feature film, put together by a crew of nearly 30 people, filming in many different locations.

In early 2020, we had secured the bulk of the financing from our distributors and TV broadcasters, along with a dozen or so sponsors whose values in tune with our film's message.

But the Covid crisis took a heavy toll on three of our sponsors, who are no longer able to make good on their pledges.

This has left us 200,000 euros short, for finishing the documentary.

The filming has been wrapped and we're in the post-production stage. Now we need to raise money to cover the following costs:

And we're going to need your help, to get all of this done!

Support at this first level will help us wrap the film, as described above.

Second level support will enable us to configure a longer, 5-episode version. We've already put together a 4½-hour cut of the film. We need a little more time to divide it into episodes, rearrange some more music, and add in a few more stock shots.

If we can reach this third level (which would be wild!), we'll be able to finance one or more projects we've already filmed that are vital for generating knowledge and helping create and preserve protected areas for wildlife (Mpala Center in Kenya, Jane Goodall Institute, Jasper Ridge Biological Preserve in California, the NRT in northern Kenya, reforestation of the Terraba Wetlands in Costa Rica, etc.) and also support BLOOM, an NGO fighting to protect ocean resources.

We can always dream, can't we?! At this level, we'll be able to fund a rewilding project that you will chose along with us.

This mega gift bundle includes: 1 ticket to go see the film when it comes out in theaters (available only for French theaters) unreleased deleted scenes from the film the film script with lots of extras 1 tree to be planted through ReforestAction.com your photo featured in the film's end credits