ARNHEM LAND MEMORIES is a project about memory that will immerse you in the lives of people living in the Lands of Arnhem in Australia. We will follow Ruth, woman leader and friend, I meet in 2009 and we will lead in Arnhem Land to discover the "Dreamtime" (Tjukurpa) which is the central theme of the culture of Australian Aborigines. 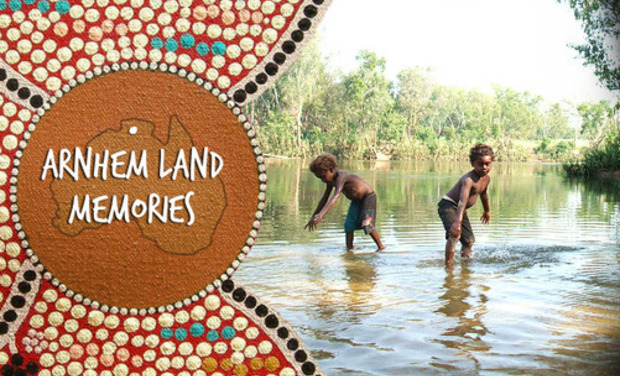 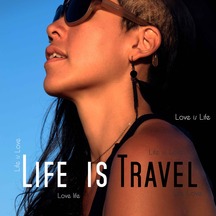 The birth of this project was born of an encounter in 2009 between two women from two completely different cultures.

Despite the social, linguistic, geographic and education that separate them. A relationship of trust will install.

One adopting the other and opening the door to her culture. Becoming a spiritual mother ...

Guest at the time entering his community, I returned marked from there. Of return to Katherine, the idea to carry out documentary participative matured between us. A large work is set up for the safeguard of their inheritance.

The grounds of Arnhem sound like a mysterious place, filled with history, spirits and tales. Today I should meet it again. More on them. For me the voyage does stop but start…

Letter from 2009 by Ruth who invites me to come in his community with a camera.

The encounter between two opposing civilizations and geographically remote is fascinating. And many works have been carried out on indigenous peoples and their realities.

At the time I am left in the community and I took pictures of them, a former told me: "Show them who we are “.

The images I have available today are a kind of introduction to the world of the Aborigines, the universe firmly shaken by modern civilization.

Much work has already been done on indigenous peoples and their realities. Upon my return to France in 2009, I undertook research on these people: history books, novels, photographs, documentaries, works of anthropologists and testimonies of travelers. All these documents have fueled my imagination.

After reading his book, Francois Giner reflecting his immersion in 23 years in the world of Aboriginal communities and in particular of Dalabons, had the extreme kindness to receive me during a quick visit to Paris .Our meetings were rich exchanges and rekindled my desire to return.

Is all above all a human history that it is about.  A meet, an idea, a dream and its realization. And because sharing ideas motivate me since forever.

My project has seduced and now the team is growing ...

We are at the beginning of this adventure.

2/ The project will talk about the collective memory-based and open to meeting people from another culture.

3/The objective is to image and text, through testimonies history of these families. And implementation of a participatory documentary will give a voice to different actors.

Writing a documentary still evolving field. Of this cooperative project, everyone will be free to speak or not.

4 /The project will expand in all the Arnhem region (area 97 000 sq km northeast of the Northern Territory in Australia) and in particular will affect two communities.

5/ We have appointment with various actors of the area. Who implies various ways around the communities. The word will be given to them.

6/ We will involve children, young people and parents and place them as directors of their own history.

Themes such as collective memory, the past, present, future, their dreams will be discussed. And potentially in the form of storytelling, singing or painting.

7/The project will be and must remain cooperative, educational, human and open to other cultures.

To each to their own opinion. Mine is already done. I want to know more about this reality. Why put in pictures the history of these families seems enrichant for the world. Dive into the reality of these families have remained the closest of their traditions, yet face a changing world. A world that moves fast, discovering individual possession and settling. Living far from their original culture. But also of those who remained in connection with nature.A people keeping a spiritual relationship that binds human beings, plants, animals, stars and sacred sites.

8/ Questions, challenged, challenges, and highlights of exchanges and conviviality will be waiting for you.

-Meeting with the community and stakeholders on site

10 / In return for the second phase of the project, a website is created, currently under construction, to narrate the whole project.

11/ So that this project is alive I wish diffused in documentary, an exposure of photography and a webdocumentaire*

With the return i wish to report the whole of this history on the site (in construction) of the project.

I wish to hold you with the current of his evolution, do not hesitate in Like the page to stay in touch.

The funds collected thanks to KISS KISS Bank Bank would allow the realization of the first phase of this project.

Also this project and in search for diffusers and your support will give us the essential nudge in the right direction to motivate other partners to begin at our sides and to conclude the second phase of the project.*

There are seven dialects spoken by more or less the last generations and Kriol and English are the languages most used by the locals....

TO HELP AND LET US ADVANCE WE TOGETHER

Originally from South American, Equador and Péru i born in France,  I grew between Belgium, Portugal and France.

The voyage and the discovery are in the center of my education and my culture.

And the journey is an attempt to turn a dream into reality. Party for one year on the roads, I always thought that the trip is the key to open the world around us. I like the experiment of ground, the meeting with the others and their daily day.

I have long been aware of the humanitarian programs of international cooperation between countries north and south by the work of my mother.

Upon my return to France in 2009, I attended training modules "project management of international cooperation" through the CRESI and on the "solidarity trip" for responsible tourism.

I participated in projects in documentary filmmaking between 2009 and 2011. -

The artisans market of Saint Ouen to the tourist site of the city.

- Meeting "Explora-Young" with a team of journalists bondy blong.

- European project on the theme of immigration seen in Europe with a team of "Abb reports" and "Youth for the World".

Since September 2011 I am co-founder of www.10secondes.net/  project, a series of short films and video art for the web.

After a formation of graphics, I resumed studies in university. Then I am to form as autodidacts in catch of sight, journalism, assembly. I carry out this first documentary as an autodidact and thus affirms my passion for the report.

All my efforts conducted to date have targeted and aimed at carrying out this project.

Development of the project "Memories Arnhem Land", I partnered with Benjamin Legrain.

I started with graffiti at the age of 15 years, before I pay more attention to body painting in 2005.

Inspired by the tribal tattoos of all civilizations, in my paintings I retrenscris report in Man and Nature: the body's energy related elements (water, fire, air and earth).

I have traveled to different countries for inspiration of world cultures and share my art with the local mixing paint, the local culture in a participatory approach.

The photo and video are the means I use to save these moments of exchange. I am the co-founder of a participatory video project www.10secondes.net whose concept is to "tempt anyone to create".

The project "Arnhemland Memories" is for me the way to meet a civilization based on spiritual values and bring this culture to ours.

Meeting with street performers in India and exchange of technical

Help me to carry out this project and to obtain part of the budget necessary to its realization.

Return living it with us.

The whole costs us 9,500 euros we begin ourselves and there remain to us 5000 euros to be financed.

The money will be used to pay the production of film. The technical material and the logistics of the voyage (transport to move in the grounds of Arnhem, lodging in the community, authorization to return in the Grounds of Arnhem, food and expenditure unforeseen).

Calculated with just we need 3500 euros, if the collection of funds exceeds the required sum, the money will be used for the second phase of the project, assembly and post-production.

Help us and move forward together!

Expenses relating to the logistics of turning

Workshops on the spot

Collect of old video cameras or cameras for the participation of the young people on the spot.

Post assembly production, development of the Web site, impression of the photographs.

- 300 euros and more for the photographs

We submitted our project to the purse Avi International edition 2012  http://culture-aventure.fr/bourse/bourse-avi-international.htm

We took part in the exposure “ESCALE PHOTO”

We reinvest part of the funds on the project (675 euros)

If you want to learn more about our project, please visit facebook page: https://www.facebook.com/SoutenezLeProjetarnhemLandMemories

Your name in the credits of end dedicated to the thanks and you will be kept of the evolution of the project.

Preceding counterparts + an invitation for the first projection of film.

Preceding counterparts + a postcard sent since the Grounds Of Arnhem (Thanks for forwarding me your address postal via my Gmail e-mail).

Preceding counterparts + an entry for the 10 years of the Festival “the Dream of the Aboriginal” (From July 20th to July 22nd in Airvault, France) MORE D INFORMATION ON http://www.lereve-de-laborigene.net CONTACT ME FOR the PLACES!

Preceding counterparts + a video to thank you personally.

Preceding counterparts + a painting aboriginal realized at the time of the workshop painting within the community.

Preceding counterparts + a painting aboriginal realized at the time of the workshop paintings within the community + 1 photograph large size with limited edition, format 30x40 (approximately A3) framed.

For 2000 euros you will have your name or that of your company in the credits of the beginning of the documentary one. + 1 photograph large size with limited edition, format 30x40 (approximately A3) framed.