The selection is diverse but again aimed towards contemporary urban art. Young artists and internationally-renowned artists are gathered for this exhibition.

"Imagine a city where ads are replaced by artworks. Imagine that it would be legal and that every year, cities would turn up as ephemeral galleries. Imagine that for once, street artists would be encourage to draw and paint on walls without risquing being sued…

Publicity is everywhere, risking sometimes to saturate our own space. Let’s not abandon our streets to economic power and let’s try to reclaim such a public space, with contemporary urban art."

Ella & Pitr are two French  artists, working together since 2007. They paint on canvas, walls, ground and roofs.

There were the first to realise giant drawings on the ground, les Colosses endormis, covering a surface of thousands of sq.m.

Born in 1975 in Alès, in the south of France, Sophie Griotto began her artistic life at Arts Appliqués in Nîmes, then Toulouse.

In 2013, she was mentionned in the art book "100 illustrators" des éditions Taschen, naming the 100 world-wide illustrators of the moment.

His unique style creates a mosaic of colors following the contours of the animal’s form. In his more recent work, Dzia has begun to add tonal shading within each defined area, adding a sense of volume to the well-defined figures. His work reincorporates animals into an urban environment, rendering them in bold, geometric lines.

After two years as a graphist at www.venteprivée.com,  he decided to create with Epis the collectif Le Coktail .

After Bordeaux and Paris, he’s now living and working in London.

Coming from the south of France and working in Uzes, Swed Oner is born in Nîmes in 1985.

He’s an artist from the second generation of the graffiti movement, the one ensuring transition between vandalism and street-art… Swed develop a unique style melting codes from the past to actual trends.

Coming from the Beaux arts de Montpellier, graphist, Noon spend her time between Montpellier and Oleron island on the French Atlantic coast.

Madame Moustache is an artist living and working in Paris.

Since 4 years now, she’s working with old documents and photographs from the last century to the 50s and 60s to make new contemporary images.

These pictures always contain a vintage photograph and a punch line discussing together.

Sunny Jim is born in 1987 near Paris and  addicted to new technologies and video games.
At the end of his teenage years, he began developing an interestfor street art. Self-made man, he uses stencils and sticking..

Mara is a artist living and working in Montpellier. Very productive, it is not rare to see one of his drawings on walls in the city center of Montpellier.

Jérémy Gabin, born in 1997, is currently studying at the law faculty in Montpellier. He’s been interested in graphic creation (on computers or by good-old sticking) for several years.

Self-made painter, Béatrix Vincent, a.k.a. B.AX , puts women under lights, by this way paying tribute to them and promoting social equality.

Born in 85 in Montpellier, PSKTEAR began graffiti very young. His work is influenced by fidgital world and graphism. Recently he started a collaboration with 3D designers, developping stunning augmented reality animations based on his artworks.

A budget of 8,000 € would be necessary, 5,000 € would be directly provided for by the ART STATION Collective, with the agreements of all the artists to sell prints of their artworks.

We are calling for help for the remaining  3,000 € to make a video of the project as well as a virtual visit of the tramway station.

Boris NORBERT, president of the organisation ARTSTATION, would collect all the funds.

The more we collect would be invested for a third edition in 2019 in Montpellier and other cities if possible. It could also support differents actions of the ART STATION Collective to question the administration on the advertisement invasion and the need to reclaim our public space  at least once a year.


Contributions are prints in limited edition (50x70 cm on Fina Art paper 300 gr, numbered but not signed, with a certificate of authenticity) of the artworks of the participating artists.

For those interested, we have Tote Bags 100% Cotton and ART STATION tee-shirts (male and female). 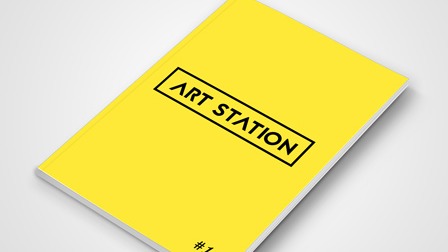 Membership to the organisation ARTSTATION + a big thanks for your support + your name on our list of contributors, which would conclude the video + the 2016 edition book (A4 book, shipping fees inc.)