A documentary about a healer/ fetishist that probes the social issues of the Yoruba and the world of the invisible. 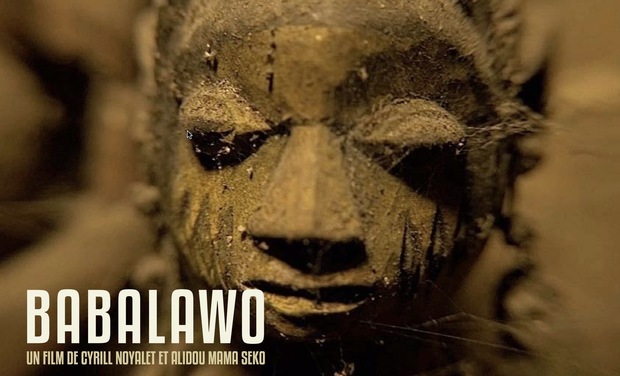 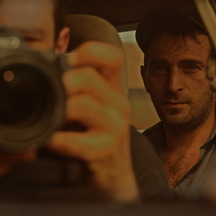 Synopsis of the film:

Babalawo Awè is a healer/fetishist living on the border between Nigeria and Benin. Every day in his tiny consulting room he welcomes a host of patients who come seeking cures for physical ailments as well as answers to questions about the future and existential problems.

While the transmission of his knowledge is his main concern, Babalawo Awè and his family try to live in harmony with the environment.

Through the portrait of this man who is respected by all, a world is revealed to us—a universe where the social problems of the Yoruba people are mixed with what is called “the world of the invisible”.

Our project began four years ago when we shot one of our previous films (The Secret Of The Iyas) on the vodun cult in Benin known as Gèlèdè.  To make the film we first had to seek the approval of the spiritual authorities and make a consultation to be authorised by the gods to continue our work.  One of the initiates then asked us to go to Nigeria to meet his former master who happened to be Babalawo Awè.

Although we had been visiting and filming with the Babalawos for more than ten years, we got quite a shock when we entered his consulting room.  We found ourselves before a large number of fetish statues and the methods employed by the fetishist went beyond anything we had seen before.

Africa is engaged in a struggle that has already been lost almost everywhere else.  It is a struggle against what Claude Lévi-Strauss called “Cultural Standardisation”.  For more than fifteen years we have made films about these traditional practices that are increasingly under threat by the arrival of electricity, the rural exodus, the inevitable development of tourism, and a lack of interest in traditions among the young.  For us, the duty of memory is essential and cinema seems to be the most appropriate tool to allow future generations to bear witness to a world that is quickly disappearing.

Babalawo is not a film that aims to reveal the secrets of a certain magic or to uncover possible deceptions. No, we seek to highlight the essential connection between these practices and the sincerity of a man, his journey and his way of finding meaning in life and all that surrounds him.

Babalawo Awè’s work makes it possible to present a vital picture of the Yoroubas living in the Nigerian bush: a mother who worries about the future of her child, a man who thinks he is unpopular and wonders if the gods are reproaching him, a family asks whether they should have more children. They each attempt to determine their potential futures through the dialogue that takes place between Babalawo Awè and his fetishes.

We are a Franco-Beninese film crew.  Primarily, it is friendship that has bound us together for many years now and motivated us towards the same goal.  Over time several professionals have come together to form the team, such as Benoit Rizzotti (camera assistant from the Dardenne brothers) and Damien Mandouze (sound engineer and director).  For his part, Cyrill Noyalet was trained at the Femis (National School of Image and Sound Professions).  Having produced two films on the Gèlèdè cult over a period of ten years, the team has now focused on Babalawo for the last four years.

Babalawo will be co-directed by Cyrill Noyalet and Alidou Mama Seko.

We need to to do our last shoot in December of this year and to do this we need funding.  So far, thanks to you, we’ve always been able to achieve our goals. Covid-19 has put a damper on the world of culture and documentary filmmaking has not been spared, but despite all the challenges we have faced making our films, we sincerely believe in what we are doing and we will not give up!