Participate in the financing of the film that pays homage to the female Arab musicians whose art has triumphed against all the diktats. 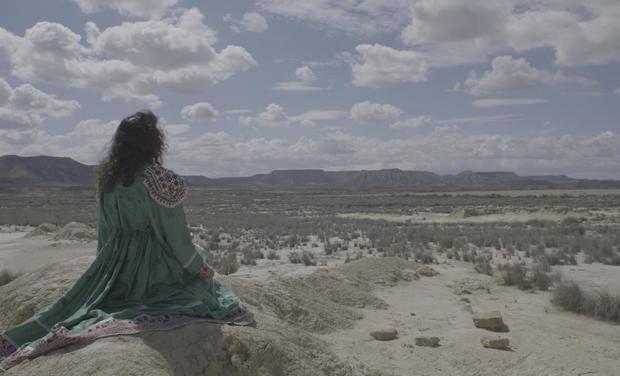 As so many women around the world rise up against the frequent disrespect and violence they still have to endure, I wanted to make a film that pays tribute to some of the female Arab musicians who have known how to claim this respect, by expressing themselves with their art and their femininity. From the 8th century until today: we meet a young Egyptian rapper, revisit the great figures such as Oum Kalthoum, Asmahan and recognize Warda El Djezaïria, and Cheikha Remitti...

With this feature film of an hour and twenty minutes, I want to show how these women were able to refuse the dictates that religion, society, family group… wanted to impose on them. How these artists expressed themselves, how they position themselves today, how their fathers or their husbands behaved, and the lives they led and endured.

In the current context - where there is so much amalgam of beliefs - it seems urgent and necessary to speak "differently" about these women - and these cultures - in order to compensate a little for how these women are often unrecognized and mistrusted in our country.

This ignorance and disinterest of Arab cultures, I feel, is a continuum of what was colonialism and there is something akin to a kind of cultural racism. It seems to me that given the current tensions - particularly with regard to young people living in the outskirts of our cities - it is necessary to have respect for the Arabic cultures of the parents and grandparents of these younger generations who are so often misunderstood.

The recent terrorist attacks in France have further accentuated this phenomenon of mistrust and even fear towards Arabic cultures and people. Therefor it is urgent to recall  the beauty and the richness of these cultures that share so much sweetness, happiness and joy with us. And, obviously, I wanted to talk about women, since I am part of this community.

As I did not have any images of this early period (8th century), I worked with a young Iranian visual artist - Samira Ahmadi Ghotbi - who created beautiful drawings that "play" amongst the footage I filmed in the Bardenas desert in Spain, in Cordoba and in Cairo.

Throughout the film, a young Afghan actress: Wazhma Bahar, appears as an embodying presence and Johanna Nizard - a French-Tunisian actress - reads my text in the manner of “A Thousand and One Nights" - to tell this fabulous story that is accompanied by Yousra Dhahbi playing the oud.

For the first time I am seeking participation for the support in the creation of my new feature film which had just entering in the post-production phase. I invite you to dive in with me into this new adventure, paved with beautiful surprises in the heart of these cultures and in these unrecognized lives.

After having made fourteen films in twenty years, for the first time I am launching a participative campaign for this film which is particularly close to my heart given the current political and social context.

I have also participated in organizing several music festivals, made experimental short films, as well as projected my award-winning musical films in many International Festivals. I have just received the FILAF 2019 honorary award for all my films (International Festival of Art Books and Film).

I also have worked closely with Jeff Mills on several films on techno and music from Detroit.

A filmmaker and also a writer, I have published books of conversations with atypical artists from the second half of the twentieth century. I have created radio programs for France Culture and my films have been screened in many national and international festivals and in museums. My work has also moved into the universe of visuals arts in the medium of small intimate dioramas.

A list of my filmography and my publications are available here: www.jacquelinecaux.com

The filming of this project was totally self - produced. This collection aims to help me cover the various costs of the post-production phase, as this feature film has not received the approval of the CNC, nor any other financial aid.

This post-production phase is crucial to guarantee a film as beautiful as the stories of the women I'm talking about.

It feel this is the right time to solicit the support of my audience to help me achieve the completion of this film. I believe this film can help compensate for the lack of knowledge and mistrust our society hold towards Arabic cultures, as well as to recognize and inspire people to learn more about Arabic music and musicians.

Here are the expenses of the post-production phase:

The stages of shooting in auto-production

The filming is finished and lasted a little over three weeks:

The costs for each filming location included airfare, hotels, meals, car rentals, filming and sound equipment rental and team salaries (the director, an actress, a cameraman, a sound engineer).

Added to this, are the costs of the start of post-production which include the editing studio rental, calibration, sound mixing, the fee for the actress for the voiceover, an Arabic translator, as well as the voice over and the subtitles installations.

I have always loved self-producing my work. The freedom of not making films that are "expected" or by choosing to speak about often-avoided subjects led me to rely only on myself and on the help of few friends to tell the stories that touch me and that I believe in.

I believe that by soliciting the support of my audience is a good way to go further, while keeping both the spirit and the freedom associated with self-production.

In the wonderful event that the sum of 15 000 € - which will help me in the completion of this important film - is exceeded, I will use the additional funds to give life to the English version, in order to make the little-know (and under-appreciated) story of these Arabic women musicians more accessible. I will also invest in creating a DCP (digital cinema package) to perfect and prepare my work for projection.

My goal is to be able to distribute the film as widely as possible, especially abroad, thus to counter the mistrust so many societies still hold toward Arabic cultures with the beauty and power offered by the Arabic world.

The creation of this English version will be divided into several parts:

• Rental of a recording studio

• The production of DCP in English for projections in International Films Festivals, conferences, etc.

I would like to thank you in advance for your confidence, your support and your open-mindedness!

Support a necessary film and an authentic approach.