Support BARON CRÂNE for the pressing of their two recordings on VINYL !! 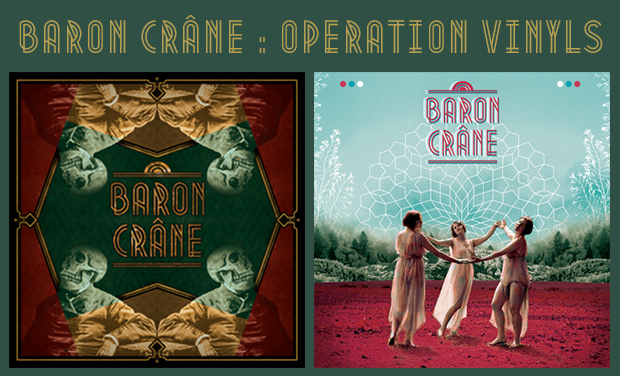 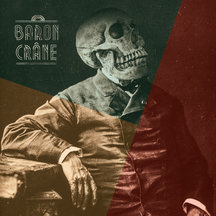 Baron Crâne self-titled debut E.P. digitaly out in 2015, as free download, and received many great reviews from all over the world.

"everything is top notch on this magnificent record"

"it’s heavy, it’s interesting and it goes down smooth, like my wife after she’s shaved"

"Their instrumental debut effort is one hell of a tasty adventure"

After a really productive year, we've decided to record a second EP, with six new tunes. It has been realized in live conditions, into a beautiful studio. We're currently mixing it and it should out it in november.

Baron Crâne is a self-produced band, and we owe a lot to some people supporting and working with us (Guillaume Roess our sound engineer, Florine Samson who made the art work of the first EP and Samir Benchikh who realized our first video clip).

We received many vinyl requests for the first recording, but it was too difficult for us to fund a pressing.

THAT'S WHY WE DECIDED TO MAKE THIS A CALL !

We hope the campaign will help us pressing our first EP but also the second one, that sounds, we know it, really promising and a lot greater ! Two beautiful vinyls for you, people !

What a better way for our music to live on a physical support as precious as the vinyl disc ?!

We hope that the love we put inside our work and kind rewards that we offer will convince you to support us !

If we reach our goal we will use the extra money to promote our second EP and fund a residency to work on the third one !!

Previous rewards plus a T-shirt

Previous rewards plus your name on the back-covers

Lots of love, gratefulness and twice the previous rewards