Short film of fifteen minutes on the life of a woman artist, homosexual and in couple which chose to rent her body to have the means to exercise her Art. Tribute obvious for "Sex-workers". 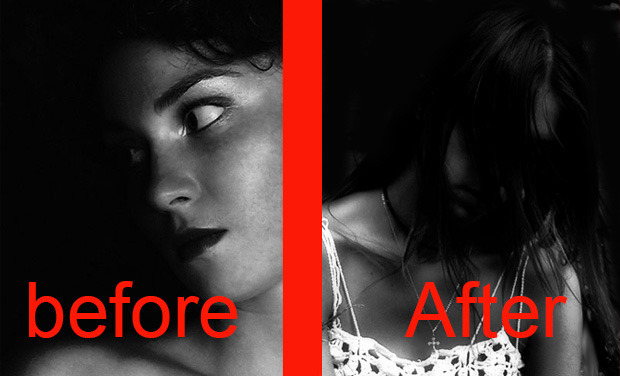 This movie will be entitled  "Before-After"

A short film telling the sufferings of "Sex-workers". Hard job physically and morally, risk of grave infections, violence and total contempt of the society !

Short film of 15 mn on the work of escort-girl.

The story of a lesbian in love, facing serious financial difficulties . She decided after a big introspective to exercise an activity ( sex-worker ) !

I intend to recreate the situation of an escort girl before and after her "work". Emphasize the contrast between her coolness and her availability Before When she enters in  the bedroom and meet for the first time her customer!

When the customer is going and when she finds herself alone!

I want people to discover a world often unknown by meticulous screenplay work and thought. Voluntary prostitution cannot be abolished. These girls give great service to men often alone, shy, disabled, lost. They are Honest men, sane of which fantasies have mostly basic. I know this is debatable. This film will explore all aspects of "Before" and "After" sex working.

Scenes tour with the "customers". In parallel, scenes will describe the everyday life of her couple. During Breakfast, worries of " the other one ", open discussion around this activity, problem lifted within the couple.Etc...

Example of video realized on "Coming-Out"

Your contributions will serve to rent a professional camera HD 140,00 € HT / day on 7 days (1 172,00€) Rent studio, pac sound system and remuneration for the sound engineer for the voice-over and the background sounds. 500,00 € Remuneration for the actress Approximately 400,00 € If overtaking of the collection, the additional funds will be entirely poured to the association AIDES.

At the level of 1000,00 after distributions of the counterparties.