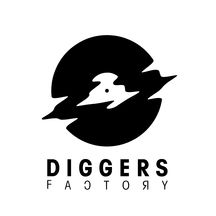 my name is Bernard Grancher.

I have been making music since I stopped my radio program, the Grand Bazaar Bernard Grancher, and I have released since 2007 several albums, on vinyl or cassette thanks to different French or foreign labels (Poney Club International, Ego Twister, Gonzaï, Err Rec, Da! Heard It, Polytechnic Youth).

You can discover these on my bandcamp page:

I still have a lot of record projects in progress, but the one that leads me to this fundraising campaign is a bit special.

Indeed, after the album Cocktail Monotone was released on the Gonzaï records label in 2016, I quickly started work on another album which was to follow in the same vein, and which was to complete a sort of "triptych", always produced by Yan Hart-Lemonnier with whom I collaborate regularly since 2013 and the release of Monsieur Délicieux.

Yan had to take care of the mixing and some arrangements, but it was by refining his technique that the album turned almost in spite of us into a pop monster. Simple noise demos were gradually becoming more catchy titles!

The magic of social networks allowed us to get in touch with Emmanuel Mario aka Astrobal, talented producer close to the Aquaserge group and drummer of the group Laetitia Sadier Source Ensemble.

Emmanuel offered to participate in the arrangements of two titles for this album, as well as in the recording of choirs with his partner Nina Savary. And the magic was really complete when Laetita Sadier, member of the founding group of Stereolab, agreed to sing on one of these titles, "L'immodéré bien-être de l'imbecile"

This song was the subject of a limited edition single in 2019 on the British label Polytechnic Youth, sold out in less than a week.

Collaborations for this album have continued to multiply, and I also had the pleasure of seeing Julien Thomas record a guitar solo on "FUIR", Sylvain Dubos illuminate and dynamite certain tracks armed with his trumpet, and Sophie La Standardiste put her voice on "Devant vous je ne pense qu'à mentir".

The album took, almost in spite of us, an increasingly refined pop dimension, Yan never ceasing to arrange and mix the layers of sounds to reveal the mysteries of these titles, as if to update their super catchy powers.

Mystery, there are many around this album. Another example is the video made by Chilean artist Diego Barrera to illustrate two titles:

The cover signed Sammy Stein, the talented artist who had already signed that of the single L'Imodéré bien-être de imbécile, and who will tell us the rest of the story.

Despite all the qualities of the album and the encouraging feedback from friends who were able to listen to it, we could not find a label to decide to release it. Several of them appreciated it, without deciding to integrate it into their catalog. In the end, I would have spent more time looking for a way to release this record than for any other of my previous albums.

Yet this disc MUST exist! This is why I decided to turn to this type of financing to be able to produce it on my own.

I could have just launched it on the internet, but I am from another era and for me, recording music must have a physical existence that involves the manipulation of the object.

Your participation will therefore be used to finance the pressing of the vinyl album in 200 copies.


It may be complicated to raise the necessary amount, but I know that everything is already there so that we can achieve it.

Thanks in advance for your support !!