Are you ready to be part of a Travelling Music Experience ? Kiss bankers prepare your bags !!! 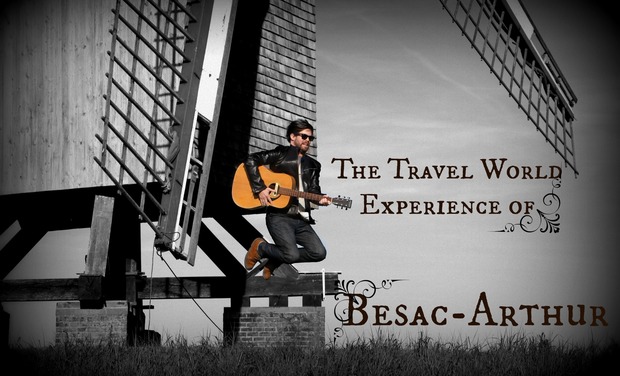 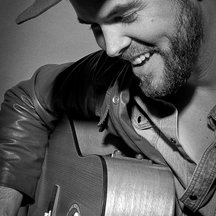 Going to meet musicians from around the world to realize my second album.

My artistic name is Besac-Arthur, I am a globe-singer in reference to globetrotting because I travel around the world to write and share my songs. For my first album "Lever l'Encre" released in March 2015, I had written songs on the road inspired by my travels in Asia, North America and Europe. Now for my second album, I would not only write my songs while traveling and bring you life experiences, i am also going to compose and arrange with musicians from around the world to have a different perception about music to develop a mixed album full of different culture and encounters.

So I plan for September 2016 a world tour for 3 months in 4 continents. I'll meet artists from all over the world to share, create and record music for my second album.

With my girlfriend Susana Calapiz who is passionate for the video, she will be the person to accompany me on each destination, the adventure will be filmed daily. Web-videos will be shared on a weekly basis on social networks.

Some meetings are going to be used as a documentary that will be offered to TV channels and presented in the form of concert-lectures in cultural centers and in the program "World Exploration" on my return to Belgium. The idea is also to show by this world tour, a real exchange between people from different cultures, united in the same project: my second album. The environmental side, it is also important to me, so i will make a contribution to «Myclimate", the environmental impact of air travelling. I will sleep at the inhabitant and be traveling only with public transport or made available by artists i’m gonna meet there.

After studying journalism and a 6-month trip to Spain, I chose the stage name when I started my project based on my songs in French in 2009. I was very inspired by folk music and by US songwriters singers who through their letters showed their disagreements on critical situations occurring around the world.

Bob Dylan is one of them and probably the greatest of the century, he took his stage name with his favorite poet, Dylan Thomas, I like him with whom I admired Arthur Rimbaud in both poetry and travel. Besac is an anagram of my name and my name. Now you know almost everything ...

Why do a world tour?

But perhaps you are wondering why a guy wants to go around the world to record music as he could do in a recording studio near his home. I'll tell you why ... I want to see beyond my eyes, the important thing for me is to stay curious, to go to meet people, exchange and learn by myself. I think at the time today, in the era of internet or abundance information, it is dangerous to be satisfied with the spectacle that we used, that is why I choose to take the road to make my own idea of ​​the world. The song is a medium that I use to share with people.

"If we want to know a people, we must listen to his music" - Platon

Are you still interested ? Now I will explain my destinations and why I chose them.

My music is influenced by the Anglo-Saxon music and French chanson. Canada is at the crossroads of these two cultures. After a first trip in 2014, I was touched by the charm of Quebec and its spaciousness. Canadian composers as Felix Leclerc, Leonard Cohen and more recently Louis-Jean Cormier have greatly influenced my music, so it was natural to include Canada in this project to meet two talented artists like Ian Kelly and Ariane Brunet. To discover: www.arianebrunet.com / www.iankellysmusic.com

I will travel to Mexico because I fell in love twice. The first time a Mexican called Susana, who will accompany me during this world tour and who will film the adventures daily, and the second time was the country. I discovered that the country was more than a simple guy with a sombrero singing around a cactus and drinking tequila (laughs). Through my videos you will notice that human beings have very misperceptions of things

Mexico is also the country of the marimba. An African xylophone resonator (wooden slats), which has spread in some Latin American countries including Mexico and Guatemala. I will go to the meeting of Hermanos Flores, a traditional Mexican marimba band that has been around for over forty years and still continues its tradition and expertise. Then I meet Roxana Rio, representing the "Nueva Cancion Mexicana" that with five albums to his credit, has gained wide popularity on both sides of the Atlantic. To discover: www.roxanario.net

I discovered Asia by India. This country has completely changed my way of seeing the world. I met many people who have told me their culture and also their religion. In Hinduism, I discovered that the most revered Indian deity Krishna and his favorite instrument is the bamboo flute which I admire its sound and melancholy of it. Bamboo is used for thousands of years by the Austronesian peoples for manufacturing traditional instruments but one that most impressed me is the flute. I had the chance to meet in Brussels the sister of a musician member of Taiwan Bamboo Orchestra which put me in contact with the solo flutist of the orchestra, Zhongyue Liu. Taiwan Bamboo Orchestra is the only professional orchestra in Taiwan that uses only instruments made of bamboo. They are also called eco-orchestra. To discover: https://www.facebook.com/tbo168?fref=nf&pnref=story

Burkina Faso is a fantastic country, and perhaps the most mysterious to me. That may be why I kept it to the end. With Nico D'Avell who helped me produce my first album "Lever l'Encre" on which he was artistic director, musician and arranger, I have had contact with a Belgian musician Eric Nassara who is regularly there and that gave me the coordinates of Saantur Medah, a local musician whose bass playing is inspired by traditional African instruments. It is accompanied by traditional musicians he will present me and with whom I also will produce in Ouagadougou. To find out: www.saantur.com

What will be produced at the end of this project?

-A Clip: a song will be performed by all the artists encountered and a clip will be realized on my return to Belgium

-A Lecture-concert with songs from the second album

-A Book containing all the travel stories

What will be produced during the trip?

What will be the use of the collection?

In fact, the world tour and production of my second album will cost me about 30 000 euros (transport, studio recordings mixing, mastering, promotion of the album, editing the documentary, food and material videos, ...)

Why then ask only 5500 euros? Because this is the first time I try the adventure of a participatory financing and that if the goal is not reached, I do not get anything ...

So do not hesitate to embark with me and exceed this amount to support me even more in this project! :)

When will you receive the counterparties?

Thousand Thanks in advance!

Now is when I need you, take risks, make a click and you will not regret it.

Let’s start this adventure together !!!

I want to thank those who already follow me, thank you for being there and supporting me! If you liked the first album you'll love the second !!!

-Promotion Of the second album: 3500 euros

A huge thank you !

The album in digital format

The album autographed by physical media

The CD Pack album autographed + your name on the acknowledgments of www.besacarthur.be website

A custom object of destinations + album autographed by physical media

The Cool Pack: The album autographed + your name in the acknowledgments website + an invitation to the conference-concert

The Moleskine Pack: You will receive an autographed book for the whole of my world travel stories in music + the autographed album

The All in one: the Moleskine pack + DVD documentary of the World in Music

The Pack Tour Studio: I will take you in my car listening my preview album and a guided visit to the recording studio located in the Brabant Wallon (Belgium)

The Romantique Pack: I will help you to create a guitar-voice song for the person you love

Besac-Arthur Unplugged: A private concert in your living room or the place of your choice (acoustic duo formula) (transport costs included for Belgium)

The Pack Road Trip: I will help you to create a guitar-voice song for the person you love and takes you in Brabant-Wallon (Belgium) in the recording studio to record the album with your song.

Besac-Arthur VIP Concert: A private concert in your living room or your favorite location (With all my Band) (transport costs included for Belgium)

The all Inclusive Besac-Arthur Concert: A private concert in your living room or your location (with all my band) with a banquet for up to twenty persons with dishes from the destinations of the World Tour.

Be part of the trip: You can come with me to one of the destinations (Flight ticket included)