Let's cross the multidimensional borders of Israel/Palestine. Join us on a project merging anthropology & documentary filmmaking. 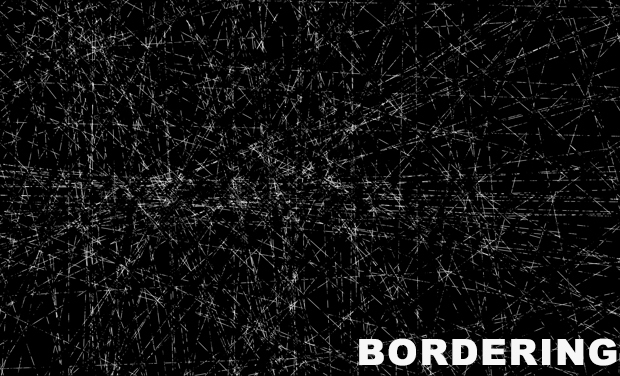 After two years of living and working in the Middle East and over a year of research, personal investigation, encounters and dialogues in the Holy Land, I am joined by two filmmakers on a journey to reunite with the stories I have encountered in order to create a documentary narrative.

With our film and intermedia installations we want to evoke a blend of reality and fantasy, to engage your senses in order to explore the life around the organic borders of  Israel and Palestine.

The idea is to give the viewer the opportunity to challenge stereotypes  by participating in a real human experiment.

Here, we ask for your support to make this documentary film / between art & journalism / to shed another light on the stories from the Middle East and on human nature.

Follow us on a project crossing the grounds of anthropology, documentary filmmaking and contemporary art - crossing representations, experiences and feelings.

Aim of the project

We wish to depict startling and often controversial stories of individuals whose living space is in suppression and so to depoliticise their fates. We intend to portray the phenomenon of physicality of  walls.

Be ready to experience a place that has been overrated by the media for so long. Live it. Feel it.

“At the limits of this closed world begins the domain of the unknown, of the formless. On this side there is ordered - because inhabited and organised - space; on the other, outside this familiar space, there is the unknown and dangerous region of the demons, the ghosts, the dead and of foreigners.” (Mircea Eliade, Images and Symbols)

Overview of the project

Israel/Palestine - two national entities set on a confusing territory, like an archipelago where a weak and occupied/colonized state has been divided into three "areas.” The territory can be pictured as a sealed microcosm condensing of a variety of narratives, not only everyday struggles to survive, but also a constellation of trajectories pushed to their limits in order to live while negotiating with the other, at the other side of the wall.

In this geopolitical and spiritual hotspot, performative nature of the borders interacts with the complexity of human experiences. We want to explore interconnections and gaps within external and individual limitations.

Borders grow interdependently between people throughout time and space. Their impact could be followed through the recollection of individual stories and reflections. Our aim is to mirror sensations within a specific human experience.

What are the shadows within and between the borders? They are not only mental or physical limitations. Borders are organic. How are they lived? How do they feel? How do they smell? Could they be also heard? How to challenge the over-representation of images and visual material of this sensitive reality, especially in the media sphere?

Since we will be focusing on narratives, following us will enable you to follow a set of characters living on both sides of the wall. Be part of their ordinary lives and struggles.

Have you ever wanted to get a glimpse of the lifestyle in a monastery or a kibbutz and experience a life marked by the community? Have you ever wanted to share the daily life of the children going to school? Nothing so easy, no? Except that those children are protected or/and watched by soldiers! Would you like to accompany them on their ordinary life?

We will work on the following perspectives. A more detailed text of our vision is available upon request.

1. Meet the settlers – shed a different light on “people”

2. Beyond the “Third Intifada” – or how to shed a different light on “events”

3. The Palestinian Authority: Gulliver is ruling the archipelago - complexyfing the "organizations"

4. Art and the “Palestinian” labelling & Identity, from within and outside.

Our project is independent and we need your help to cover the costs of the journey and shooting that will take place this summer, from the 13th of August until the end of September. We will be travelling back and forth from Tel Aviv and meeting our contacts around the territory in popular cities and small villages.

We are aiming at 2000€ that would be split accordingly:

-  1200€ for the remaining pieces of professional equipment + insurance*

* If we manage to get over our 2000€ limit, it will enable us to buy additionnal equipment that would be necessary in order to catch visually all the senses that we will try to represent (scents, sounds, textures, tastes and of course images).

Thank you so much for your help! For further inquiries please don't hesitate to contact us here: contact.bordering@gmail.com