BORNEO INTO THE WILD OF SABAH

Help Us to Complete an Incredible Wildlife and Human Adventure in the Heart of Borneo Jungle. 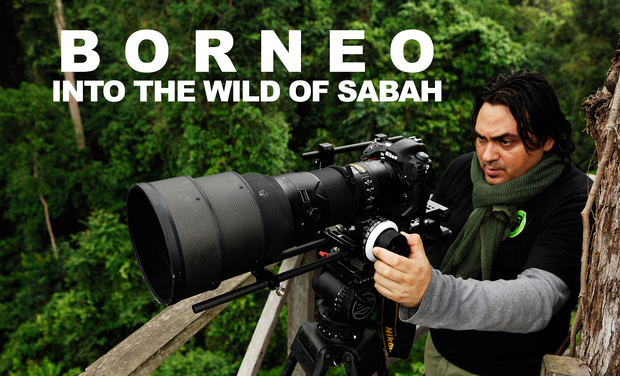 BORNEO INTO THE WILD OF SABAH

Jorge Camilo Valenzuela is a wildlife photographer, specialist of rainforest.

In the heart of a hostile and often dangerous environment, in the jungles of Borneo Jorge just finished his documentary film "BORNEO, INTO THE WILD OF SABAH".

A human adventure, in scenes of life of rare animal jungles photographers. Jorge us to discover animals and old primary forest over 60 million years.

In these unique ecosystems living orangutans, proboscis monkeys and pygmy elephants, particularly endangered endemic species. Jorge aims to blend in with the animal nature to approach "such as a feline" these iconic species of Borneo.

A quest which will also lead to meeting other rare and little known as malay monitor lizard, the maroon leaf monkey and pit viper.

Hello, the collection that I launch today will achieve post-production of the documentary film 52mn "Borneo, Into the wild of Sabah"

The film is the result of a two month expedition in the jungles of Borneo. The shooting, which took place in harsh conditions (high temperatures, humidity, rough terrain ...), many unexpected: Timeout and budget due to weather conditions, accidents within the team, broken equipment, and so much more...

Turn in the jungle being constantly confronted with the big rain and tropical humidity made us lose a lot of time, because in these conditions the material sometimes refused to work, and some devices have simply given up and die.

In short, we left a lot of money there, sweat and even blood (mosquitoes and leeches were appointment), but that was the price to pay to bring you beautiful images ...

We enter now in post-production phase, with shoestring budget. We must find funding quickly in order to make the best editing, but also the color grading, mixing sound, voice, and original music ...

You should know that this film was made without the help of  CNC (The french The National Film Centre and the moving image).

All shooting costs were thus borne by my producer and a Malaysian partner, who agreed to wet their shirt. From my side, I worked without pay, and I invested a lot of time and personal money to make this film that required the imposing material (over 200 kilos to carry around in the jungle) and a film supply enough consistent.

All the money raised will be used only to pay post-production of the film.   Be aware that for this shoot in full HD, we turned permanently to two or three cameras, which was in addition a drone. So we earned a lot of footage, which will make the assembly phase and costly calibration. But the beauty of the images collected in Borneo really worth.

The sum will cover:

- The design of the voiceover with an author (approximate value € 600)

- The composition of the original music (approximate value € 4000)

This represents around 18,000 Euros, but I think that if we manage to meet almost half of that amount, or 8,000 Euros, it will already be very well, as this will allow us to launch postproduction.

Well we can pay all cost and spend more time and money in post-production, and thus make a better movie! Also, my banker will be happy that I did not ask him to new credit ;-)

I thank in advance all those who will want to help us complete this incredible adventure, which took years to materialize, and which always keeps me much to heart.

I hope to see you at our preview!

"Thank You" to your name in my Facebook and your Facebook with a little word you have contribute to this amazing human adventure ;-)

Premiere of the film in a auditorium or cinema in Paris + cocktail + 1 poster Borneo + 5 Postcards.

Safari Photo in Borneo (12 days 11 nights) with the photographer/Director Jorge Camilo Valenzuela to discover his world is his passion in 2 spots of the film. (Stays all expenses included). For more information contact Jorge or Valerie.