Help us to record our first album!! 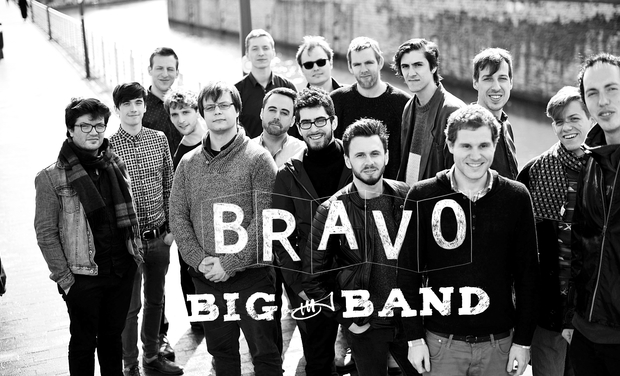 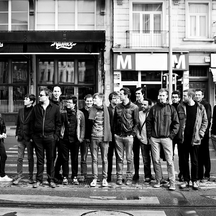 Today, the BYJO has grown and evolved into a professional jazz orchestra called ‘Bravo Big Band’. For almost two years now, we operate as an autonomous association (VZW) based in Brussels. From the start we had the great opportunity to have a residency in one of the best and hippest jazz clubs in Brussels, Bravo BXL, where we play once a month. The music varies from pieces we already played as BYJO and arrangements we bought recently, but most importantly we expand our repertoire a great deal by playing new original compositions and arrangements, written by band members who are also talented writers. After doing many concerts and projects with famous guests (Jean-Paul Estiévenart Steven Delannoye , Pierre Drevet , Jaune Toujours , Michel Herr,...), Bravo Big Band is now tackling a similarly ambitious project: the recording of it’s debut album!

For this first opus, we decided to record an album consisting entirely of our own compositions and arrangements and this in the best conditions possible. Therefore we want to hire an experienced big band conductor and sound engineer, to raise the level to our highest potential.

The album will be very important to stimulate the future of the orchestra and to help us with convincing labels, programmers, … and with the development of future projects we are working on.

However, it is needles to say that this adventure needs a significant investment. That is why we reach out to you! We need your support in order to turn this dream into reality!

Each band member believes in this great adventure and looks forward to sharing the results of our hard work with you!

The money will be used for:

Free contribution with our sincere gratitude

The complete album in digital format

The CD delivered by hand

The CD delivered to your mailbox in prerelease

The CD delivered to your mailbox in prerelease + signed by all the band members!

Pack « Fan » 1 CD in prerelease + unlimited access to all exclusive (no festivals, ...) concerts of the Bravo Big Band during 1 year (starting from the day of the release concert)

Pack « Deluxe » 1 CD in prerelease + your name/company mentioned on the CD + unlimited access to all exclusive (no festivals, ...) concerts of the Bravo Big Band during 1 year (starting from the day of the release concert) + a concert by Bravo Big Band in your house or in your town (organization to be discussed)

Pack «Eternity » 1 CD in prerelease + your name mentioned on the CD + one original composition that will be named after you or you can choose the name for.